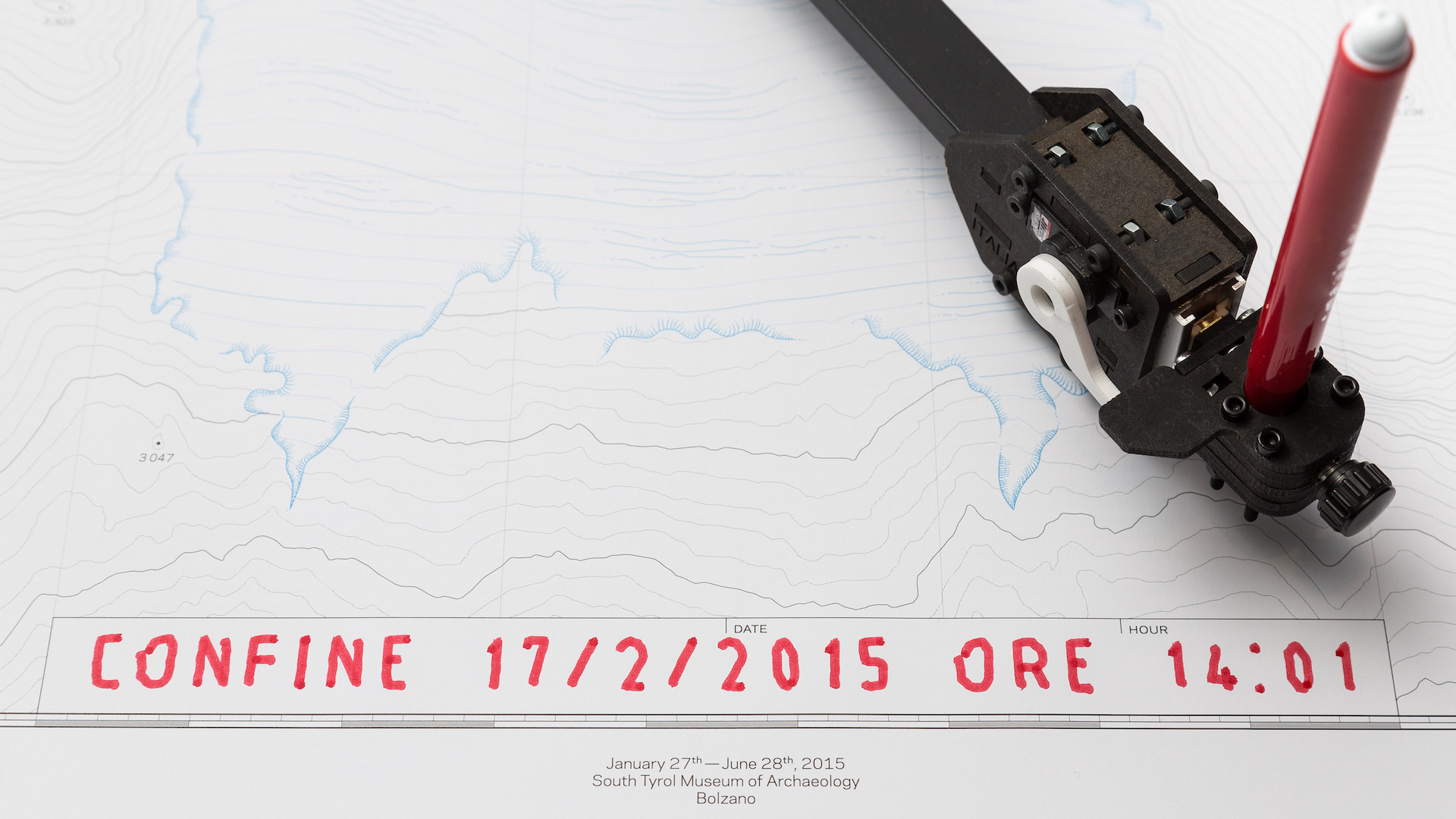 The re-establishment of border controls in part of the Schengen area and the now sad habit of having to draw papers at every turn had almost made me forget that Croatia is not yet part of this area normally characterised by the free movement of persons, and it is therefore in total four times in two days that I had to present my ID card on the way to Ljubjana where the sixth edition of the Aksioma Tactics & Practices conference entitled this year: Transnationalisms was held.

To the question asked by Janez Janša—the director of Aksioma, neither the theatre director nor the other artist, let alone the politician—in his opening speech, “Where is home when everything is online?”, James Bridle, the curator of the event as a whole, offered the beginning of a response by reminding us that “websites are pieces of data that are stored on servers situated in specific countries” and by developing on the famous Estonian e-citizenship —which, as we know, boasts its government services in the manner of a company boasting its products—, explaining that “Estonia is backed up in other countries, such as Luxemburg” and that “some parts of a data center in Luxemburg  have been declared sovereign Estonian territory just like an embassy”. The cloud is not a cloud, needless to say. 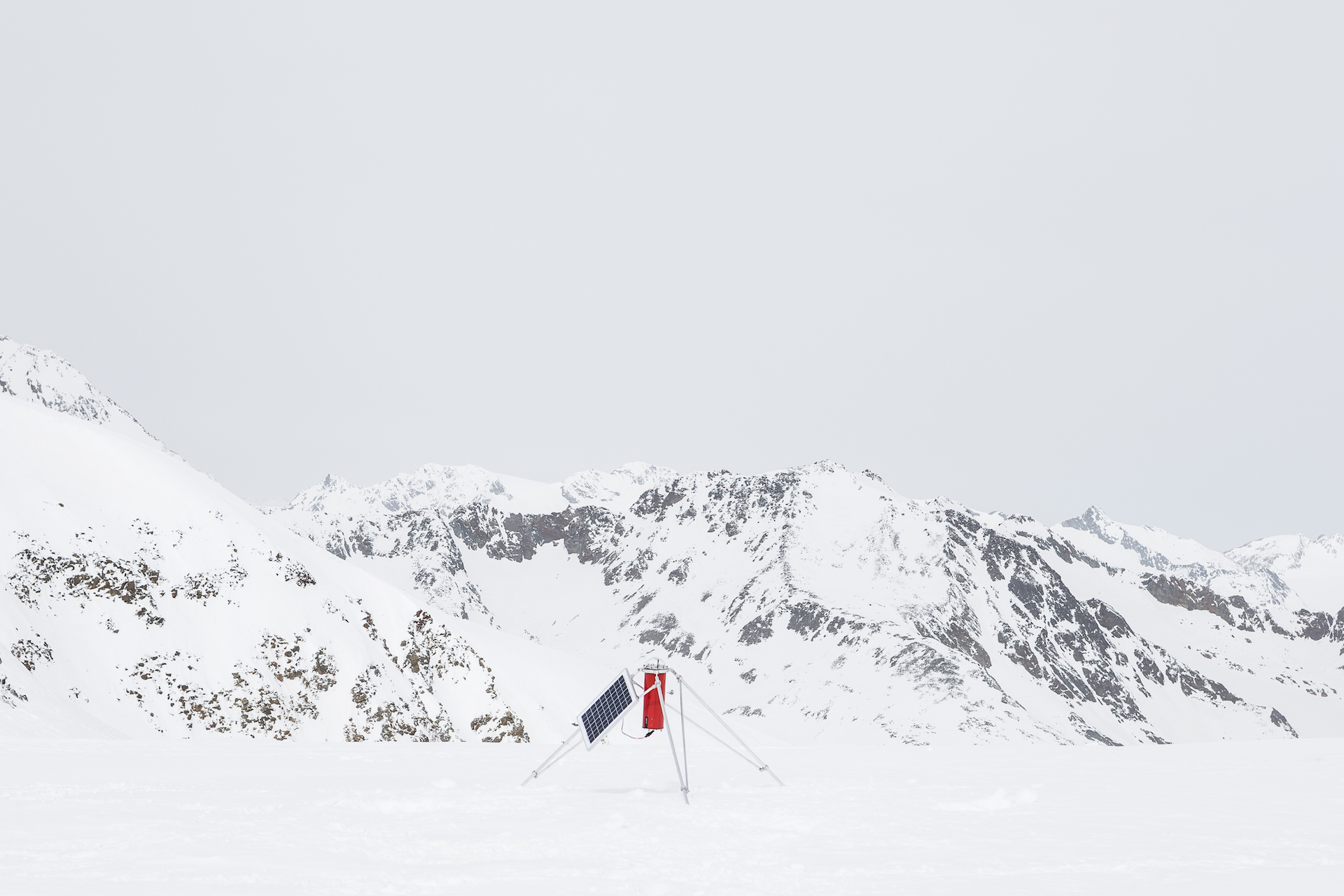 Having said that, if countries start operating as private companies, some companies that we know well have already been behaving on certain points like states for a while. When Google Maps draws the borders according to the will of the highest bidder or Facebook rejects the Tamil population on the grounds that these people do not have a first name strictly speaking, this is already a sovereign interface revealing supra-territorial governance. Let us not forget last year’s statement by Denmark’s Minister for Foreign Affairs: “In the future, our bilateral relations with Google will be just as important as those we have with Greece”. 1 And if, as was recalled during one of the panel discussions after the first day of the conference, Schengen is not an abolition of borders for men but simply a facilitation of the cross-border passage of lorries and goods, the special economic zones2 such as that of Aqaba established in Jordan where Syrian refugees are authorised to work following simplified Syria-EU import agreements bear witness to this. 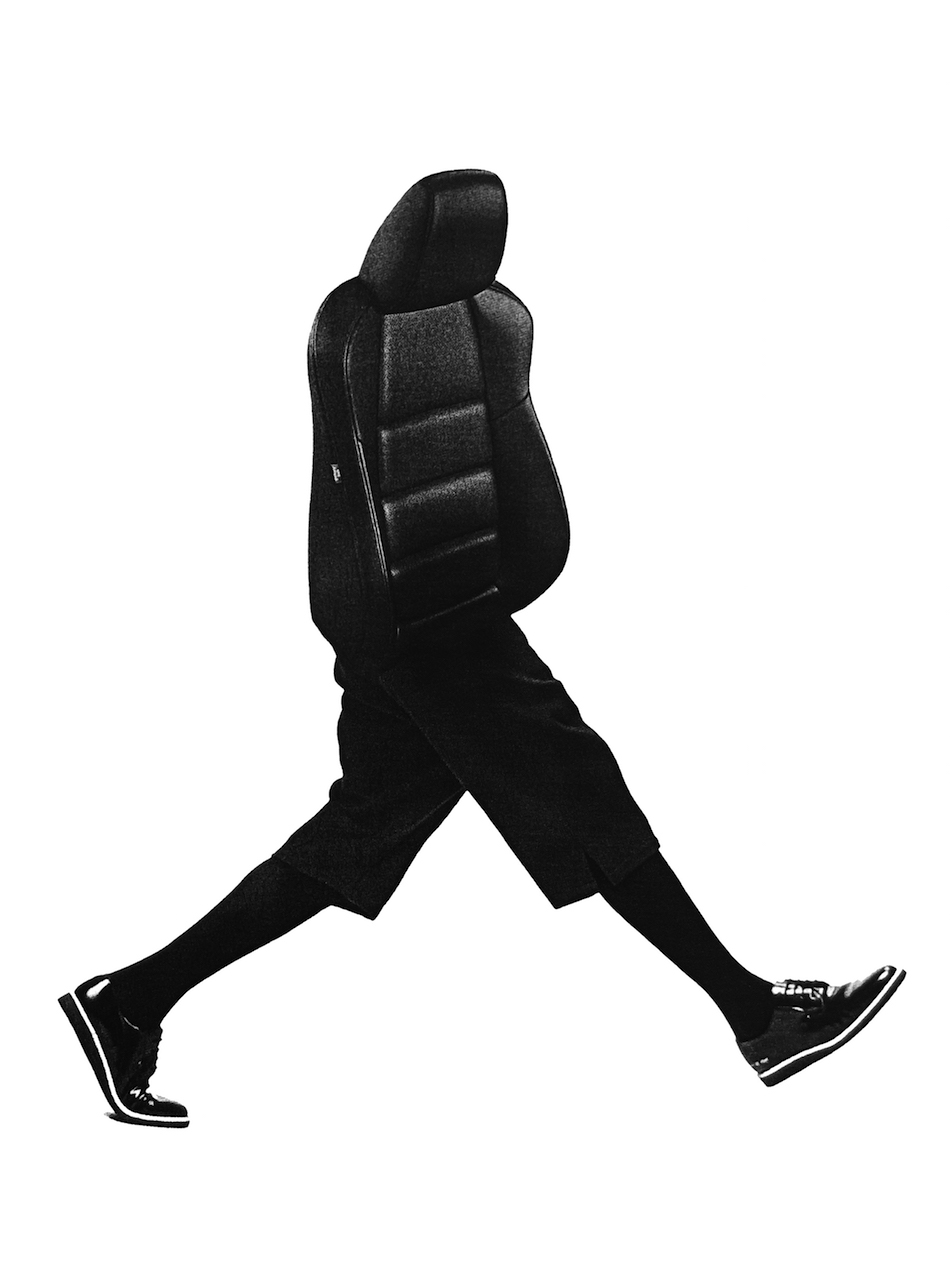 What then is a border if not an unstable abstract line based on renegotiable agreements? The architect and researcher Marco Ferrari has a very pragmatic idea of it: borders are sets of numbers, records of coordinates, “the frontier nowadays looks like a set of folders”. His project with Studio Folder entitled Italian Limes (originally designed to be presented at the 14th Venice Architecture Biennale) is studying the border, officially designated as “mobile” in 2006, between Italy and Austria—the one between Italy and Switzerland is now re-measured every two years since 2009. By installing some twenty-five sensors on site in 2014, Studio Folder has indeed detected a real shift compared to the last official data which dated from 2012. A new expedition on the Italian-Austrian glacier in 2014 resulted in the installation of sensors transmitting the measured data in real time and the artistic side of the project makes it possible to take note of it: a robotic arm receives this data and transcribes it into a red line drawn live on maps available to the public. The reasons for these shifts? The hazards of the climate, of course, could we say politely. 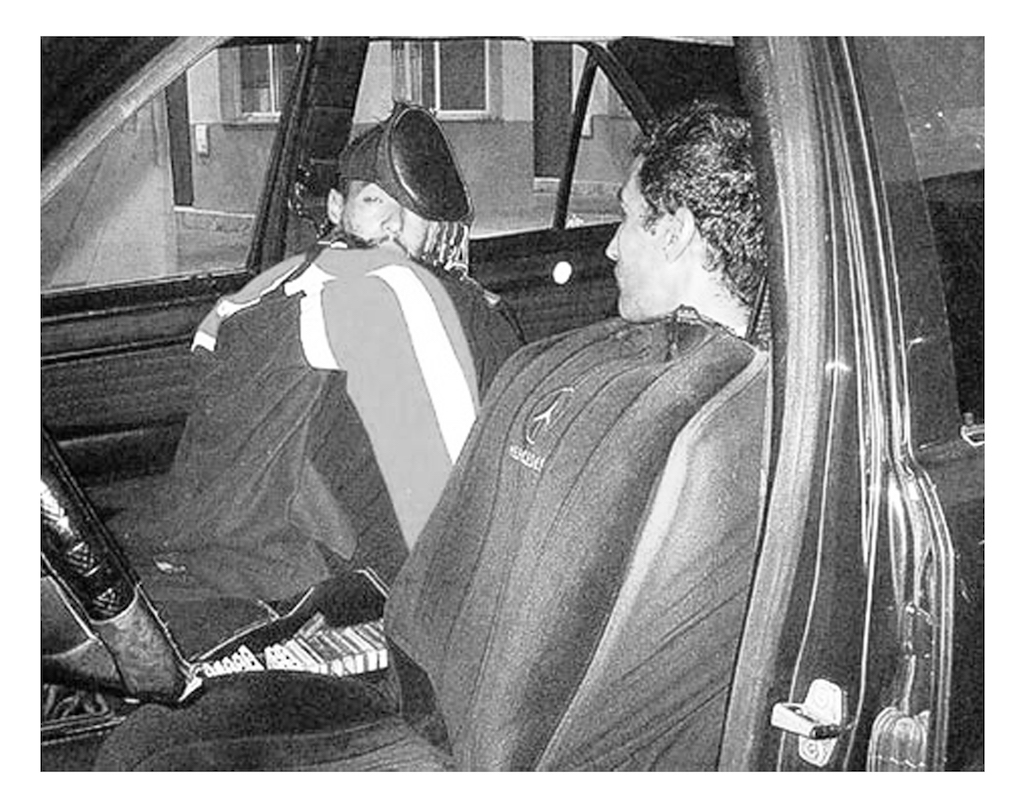 And if the curator Denis Maksimov recalls, during his intervention, the link that Carl Schmitt established between religion and politics translated by our belief in the nation-state, he will go so far as to describe this nation-state as a modern fiction. And if it’s a fiction, then why not play it? This is what the artist Raphaël Fabre did when he swindled the French administration last year with his highly acclaimed CNI project, for which he accompanied his request to renew his ID card with an ID photo made from scratch using 3D modeling and various special effects used by video game designers. With a more directly tragic background, Jeremy Hutchison presents in the same part of the exhibition Movables (2017), a series of photographic collages based on advertising imagery of fashion and the automobile to propose strange hybrids between clothing and objects inspired by a photo taken by a police border patrol somewhere in the Balkans which showed people hidden inside the seats of a Merecedes. Next to it, the video of a performance by the Peruvian artist Daniela Ortiz left us speechless: living in Spain where the Jus Sanguinis prevails for newborns, she receives on stage, by then four months pregnant, a blood transfusion from a Spanish citizen. And we’ll leave the final word to the brilliant uniter of all these ideas in the small Slovenian capital, James Bridle: “Citizenship is the right to have rights”. 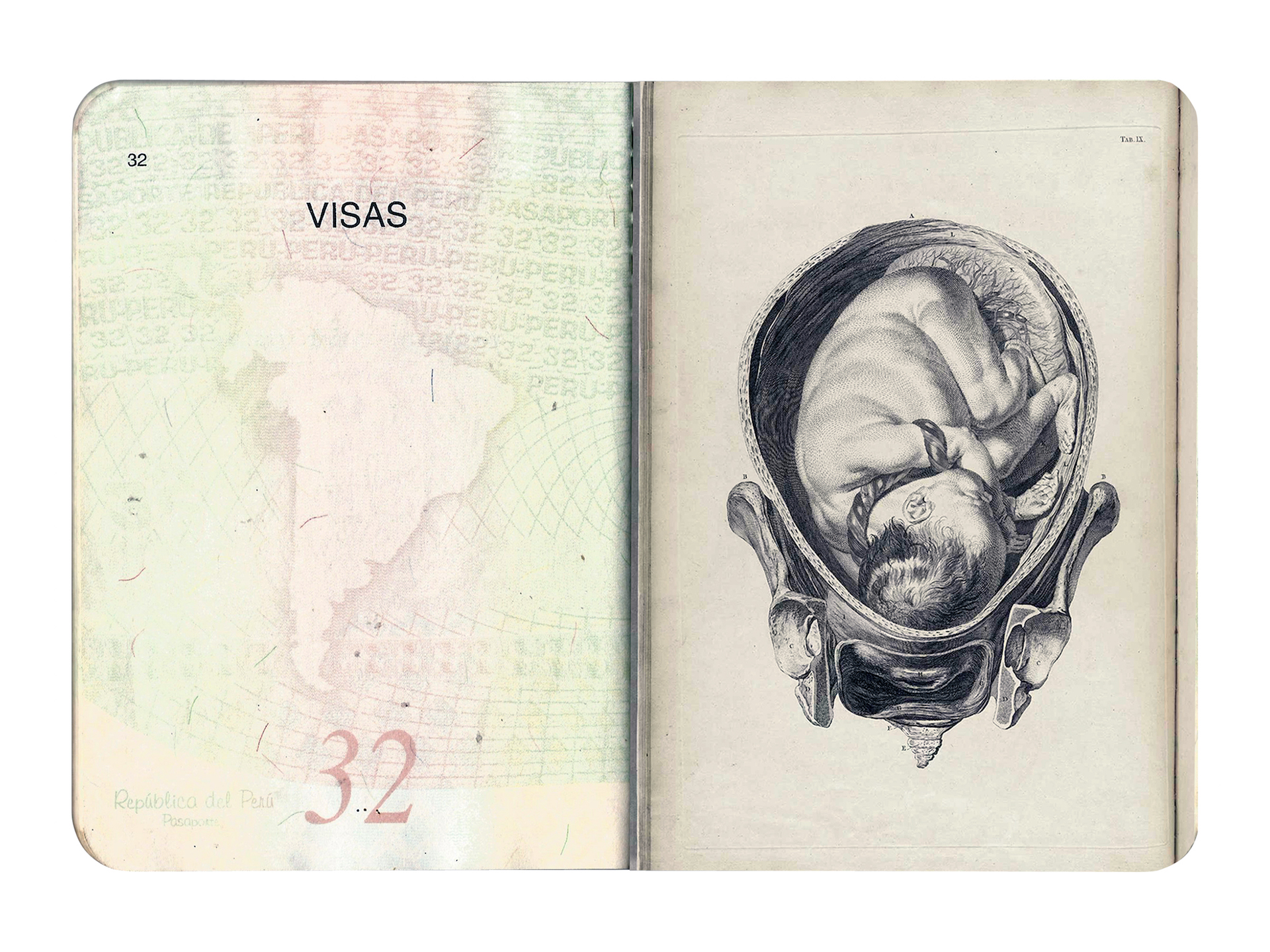 2 Eleanor Saitta, in her presentation, rightly pointed out that there is no existing map of all the SEZs in the world.