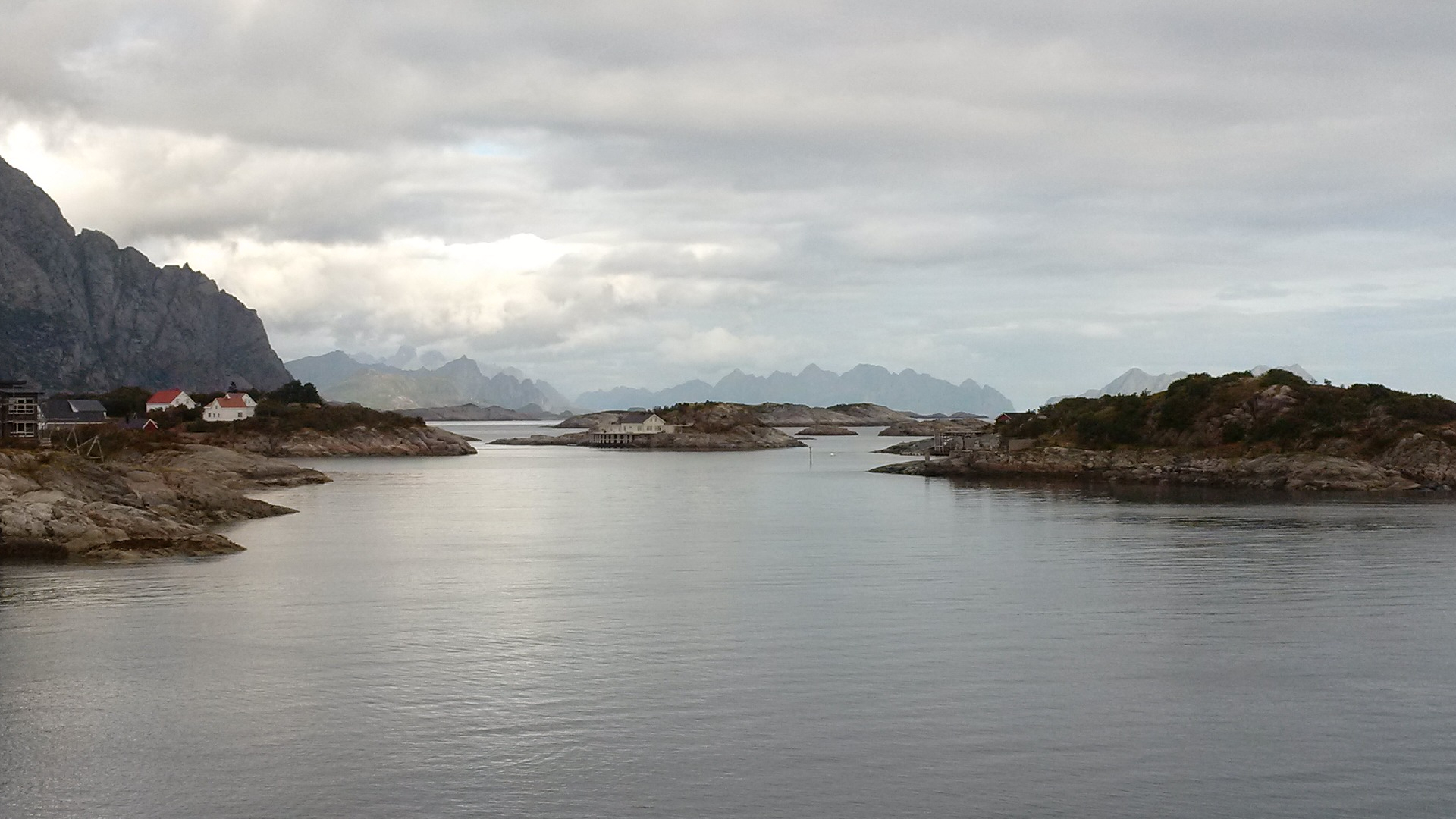 Getting back to the world’s beginning. Or almost. Thinking about a group of people settling on a rock, a scrap of land astray at sea, with a very distinct mountainous coast offering shelter from the wind. Building a cabin, because sleeping under your boat—that wooden shell that is your daily tool—is not the best of solutions. Then, all of a sudden, there’s a village emerging in the middle of all that water, scattered on a bunch of little rocks, and not far from a few others that are almost three billion years old. People don’t settle on these, they gaze at them. Sea eagles are allowed to nest on them in peace. Seals skim around them. 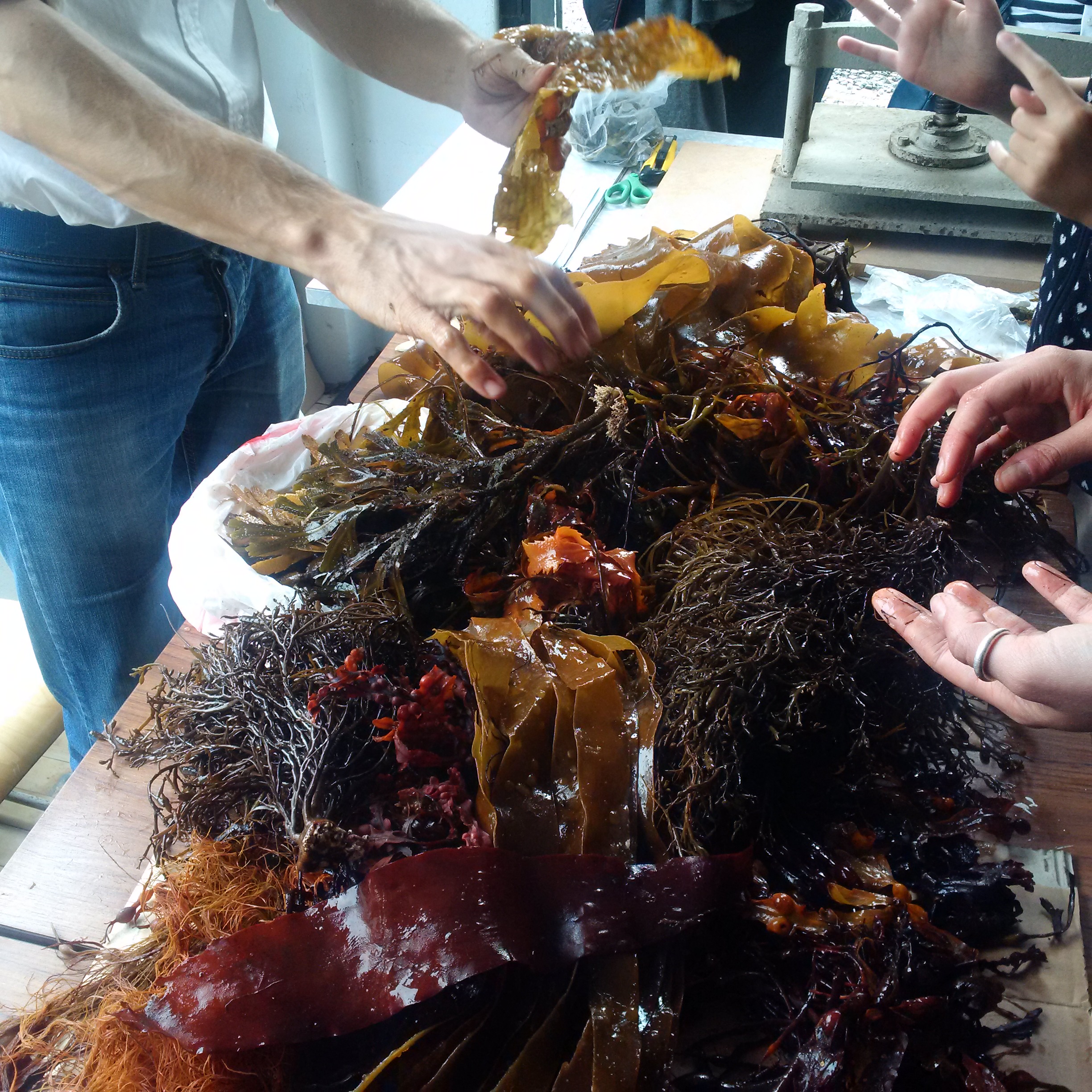 In this slightly chilly month of September, Henningsvær is playing host to the 15th LIAF, a Biennial event perched just above the Arctic circle, in the Lofoten archipelago. And this 15th festival is all about experience, paying attention to surroundings, sensory and thinking material that the two curators Heidi Ballet and Milena Høgsberg are offering. An art not necessarily the way one might expect, in any event in an “international event that takes place every two years”. On the rough walls of three places that once produced dried cod, one or two scattered frames, with local seaweed pressed beneath their glass, ode to a possible inter-species diplomacy which Filip Van Dingenen campaigns for in workshops tinged with scientific popularization combined with shamanic revelations. Apart from these hazy “impressions”, and a series of diaphanous drawings, documents are the only things that are granted the favour of a proper “hanging”. Very rare objects also mingle with the “exhibition”, collected and reproduced in bronze by Silje Figenschou Thoresen, whose above-mentioned drawings borrow the forms of sketches by a Danish archaeologist who has theorized about the peopling of the archipelago by the Sami. So what do we mainly see in “I Taste the Future”? As it happens, we don’t just see things, we actually taste them. Not in the sense of flavour, not tangibly anyway, but we taste sensations and ideas. A fine selection of films forms the exhibition’s skeleton. 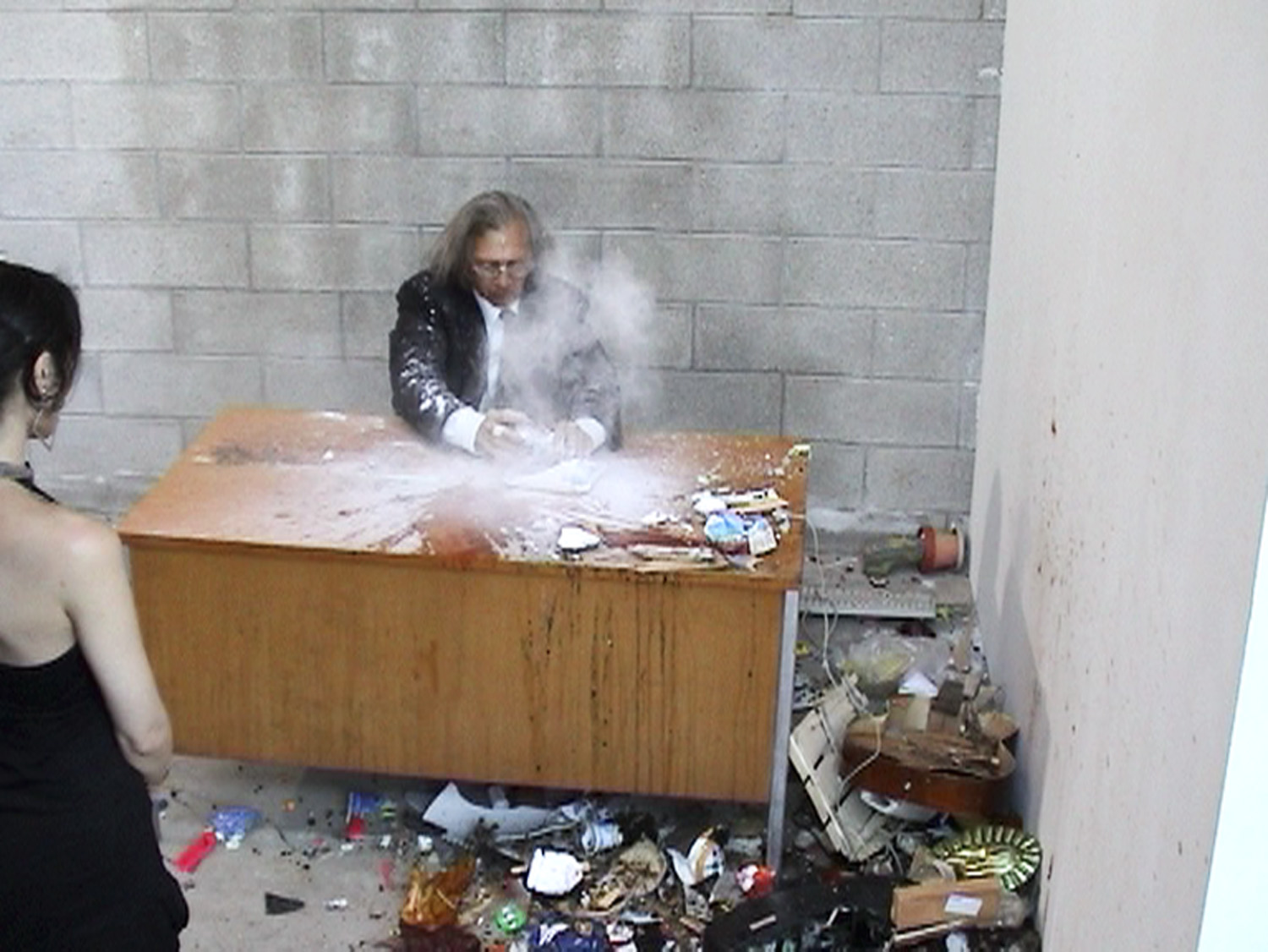 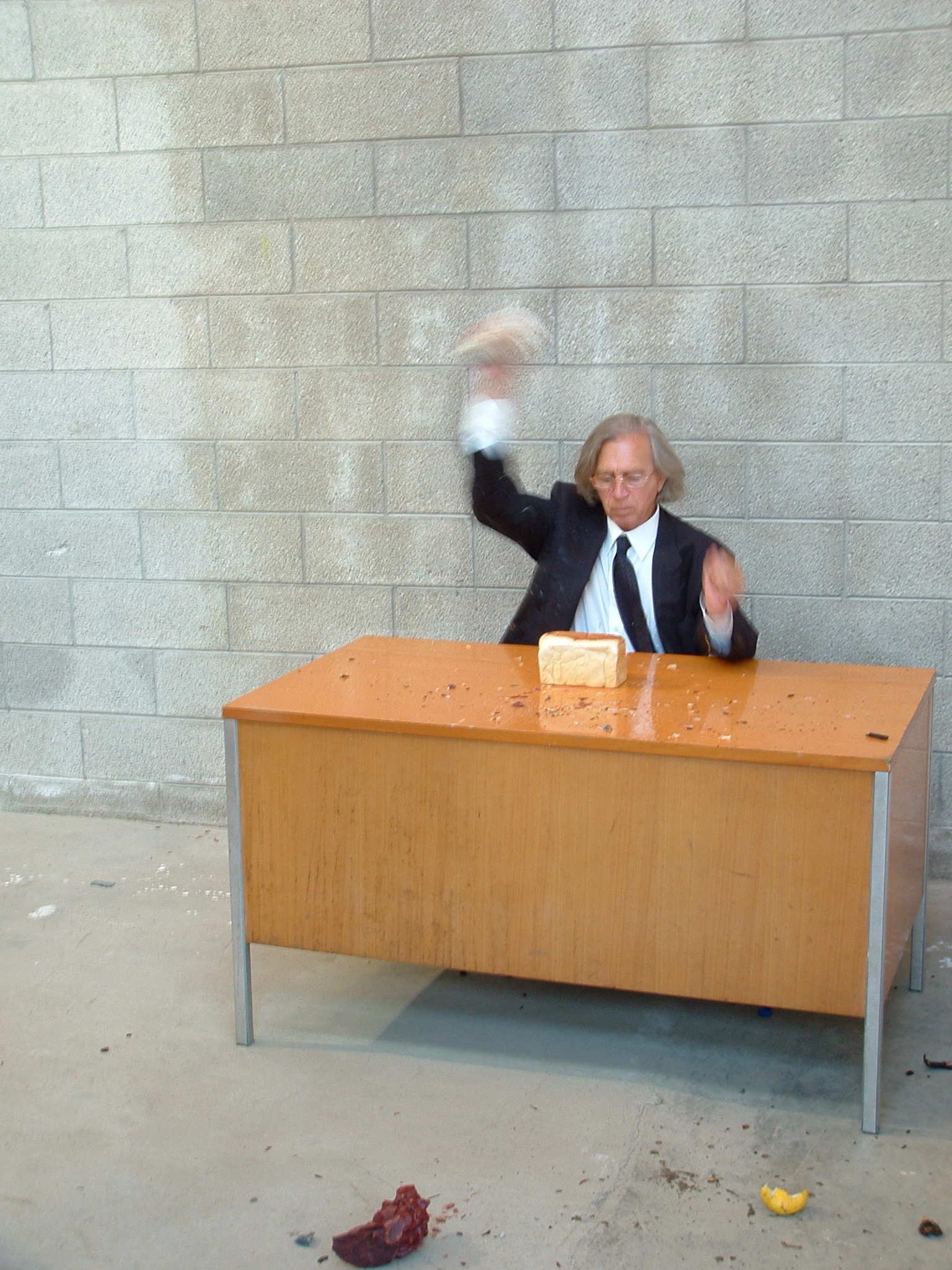 Jimmie Durham’s Smashing (2004) shows the artist destroying objects placed on his desk one by one, using a large stone, before giving the person placing them a duly stamped certificate of destruction. This powerful parody of an alienated and extremely violent bureaucracy sits side by side with Lisa Rave’s deeply inspired Europium (2014), telling the tale of the element with the same name—used for its phosphorescence, in particular, in the anti-forgery devices in European banknotes and the manufacture of screens—which she re-situates in a much wider analysis of the commodification of natural resources ranging from their over-exploitation to their counterfeiting. The colonial ideology which underpins the current drilling of the sea bed around New Guinea for the extraction of europium is exemplified by a neat loop going from historical attempts to forge Papuan currency by Europeans to the use of this element made by these latter to authenticate their currency.

Apart from the swift parenthesis about TV sets opened by this film (and it dates from 2014), “I Taste the Future” felicitously sidesteps the now perpetual question of media infrastructures which, for several years, has been abundantly dealt with in contemporary art. Henceforth, we are all aware of it: “media is about manipulation of light, energy, materials, minerals, and more”.1 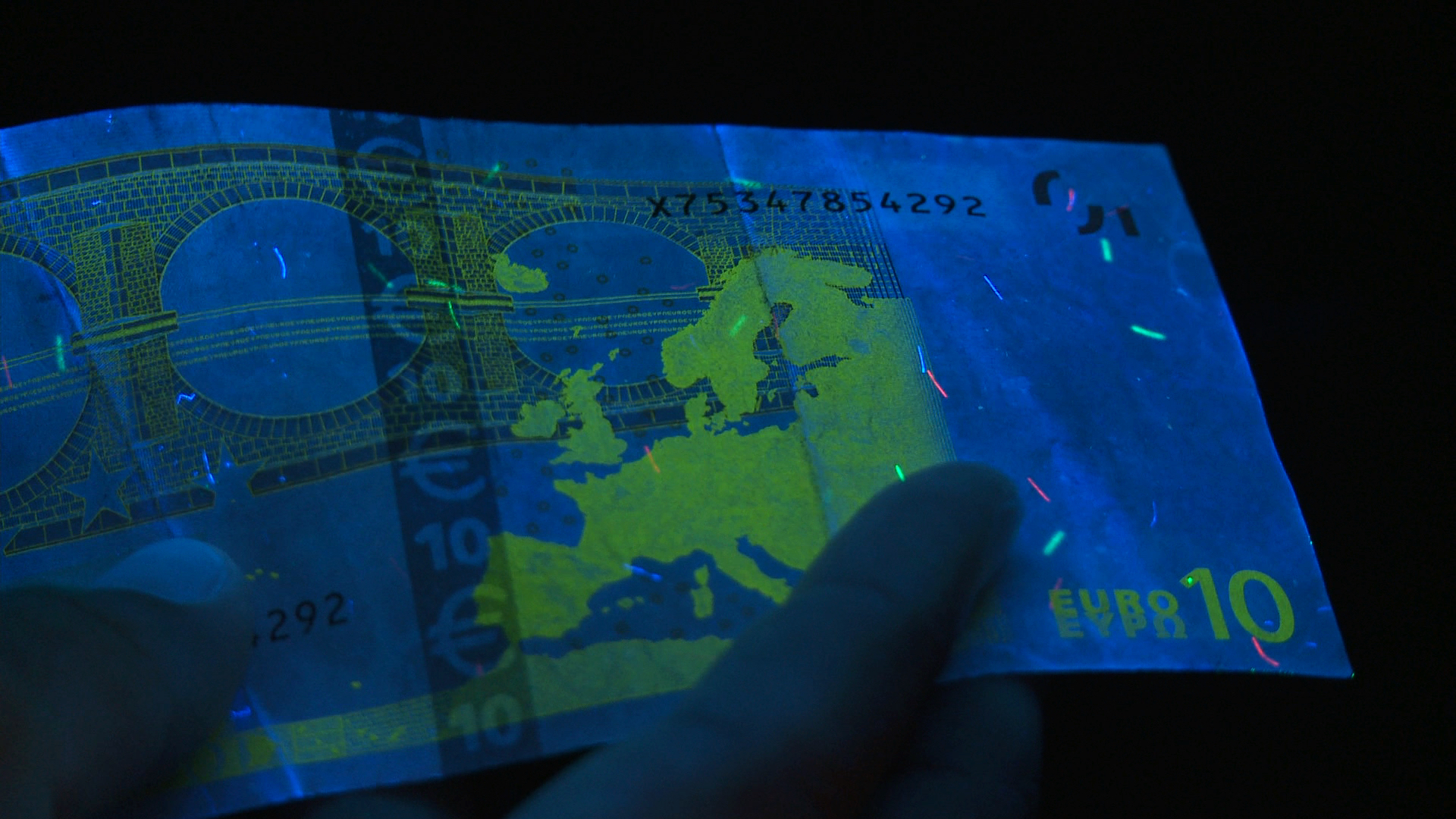 Materialism arrives in the exhibition in a more stimulating form with Donna Haraway: Story Telling for Earthly Survival (2016), the brilliant interview by Fabrizio Terranova with the eulogist of speculative fabulation rewarding this pure moment of happiness with anthological quotations such as: “Thinking is a materialist practice made with other thinkers”. Offering within the intimist framework of a close-up meeting a lengthy development (90 minutes) of her thinking in general, the nature of thought, the nature of life, our connection with the world, and the possibilities of reconstructing family, amorous and friendly schemes, this “pseudo-realist but discreetly fictional” documentary, to borrow Isabelle Stengers’s words, shows Haraway in full active mode, which is to say in full thinking mode. 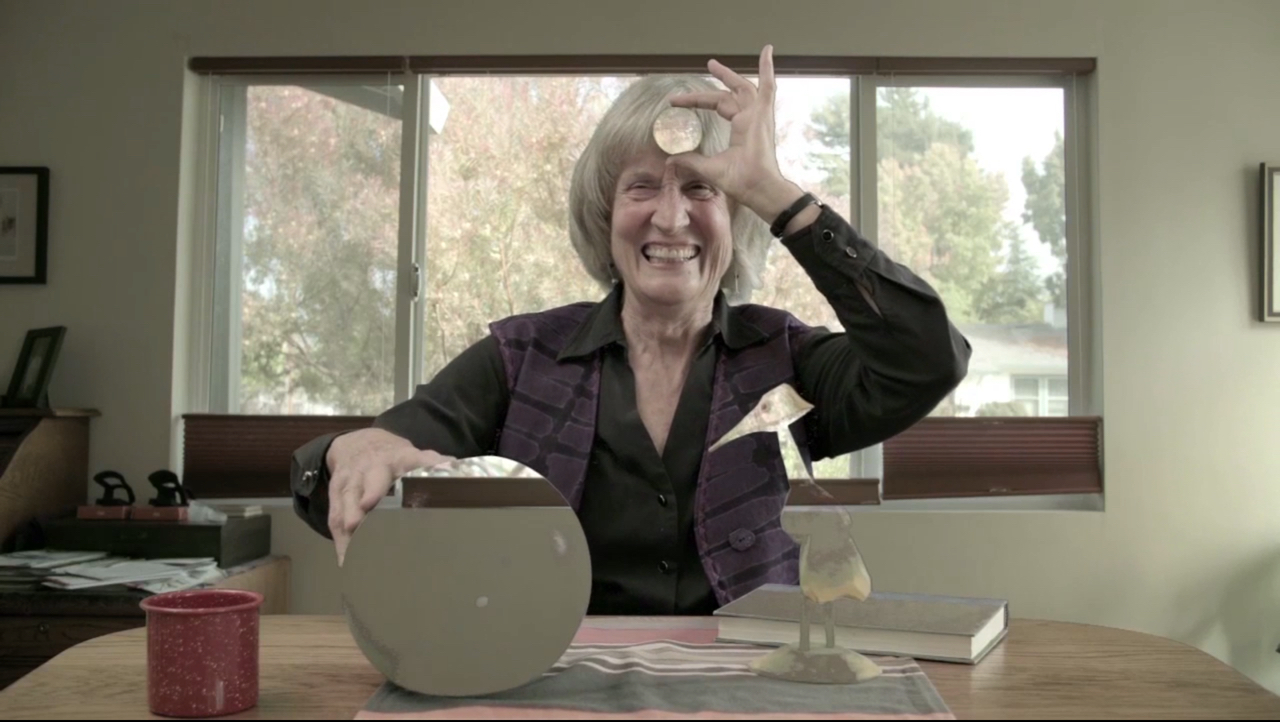 Speculative fabulation then continues with Marysia Lewandowska & Neil Cummings’s iconic Museum Futures: Distributed (2008), which re-imagines the structure of the art world in a discussion that takes place in 2058. Reform of intellectual property, Armageddon between a public domain funded by micro-taxes on financial transactions and an art market in the hands of franchises of allpowerful auction houses which have had to “open branded academies to ensure new assets were produced”,2 the relentless criticism opens onto a future in which an extremely powerful museum (Moderna 3.0) cooperates on a draft amendment to the Declaration of Human Rights “seeking to extend certain rights to organic/synthetic intelligent composites”. 3

And while Daisuke Kosugi’s recorded tales ring out with stories of dead persons and convoluted genealogies in a strange ballet of people listening replying to the commands which interrupt them to produce an in situ experience that is nothing if not disconcerting (Good Name (Bad Phrase), 2017), which deprives physical man of his central role in the narrative, it is the meetings put together by Elin Már Øyen Vister in Dear Henningsvær and the Ocean that Embraces You! (likewise produced for the occasion), which form the beating heart of this LIAF event. On a sensitive stroll through this village with its population of 476, you stop here and there to listen to stories, be they personal or more fantasized, connected with History with a capital H and yet still on its sidelines, because the peopling of the Lofoten Islands by the Sami tends to be “forgotten” by the official narrative. You then cross paths with a native singer who, in her evocation of mermaids, somewhere between dog and wolf on the shores of the Vestfjord, makes us shudder every bit as much as an incarnation of Ann Lee by Tino Seghal, then one harks back 150 years, through the words of Henningsvær’s “unofficial mayor”, when cod fishermen were offered their first rorbu, the first solid shelter in the fishing zone, before the village emerged from the waters… 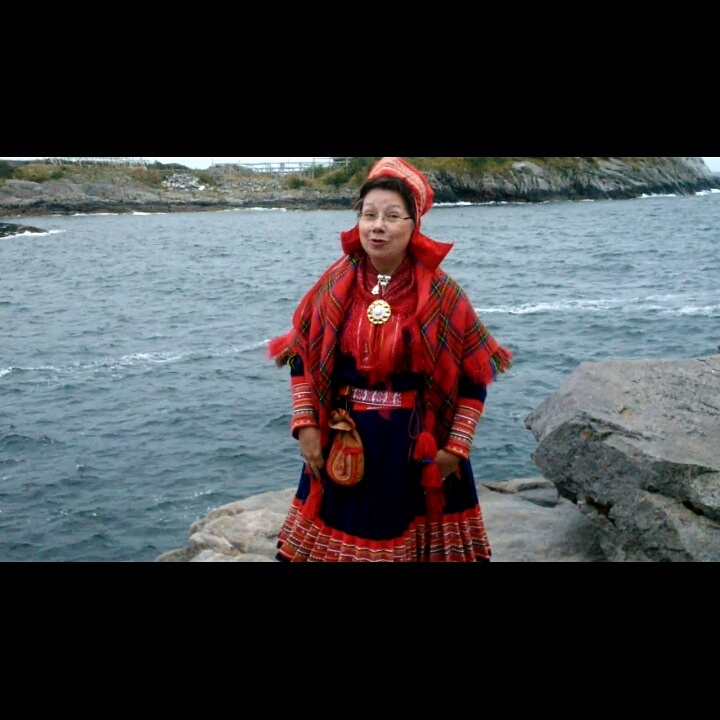