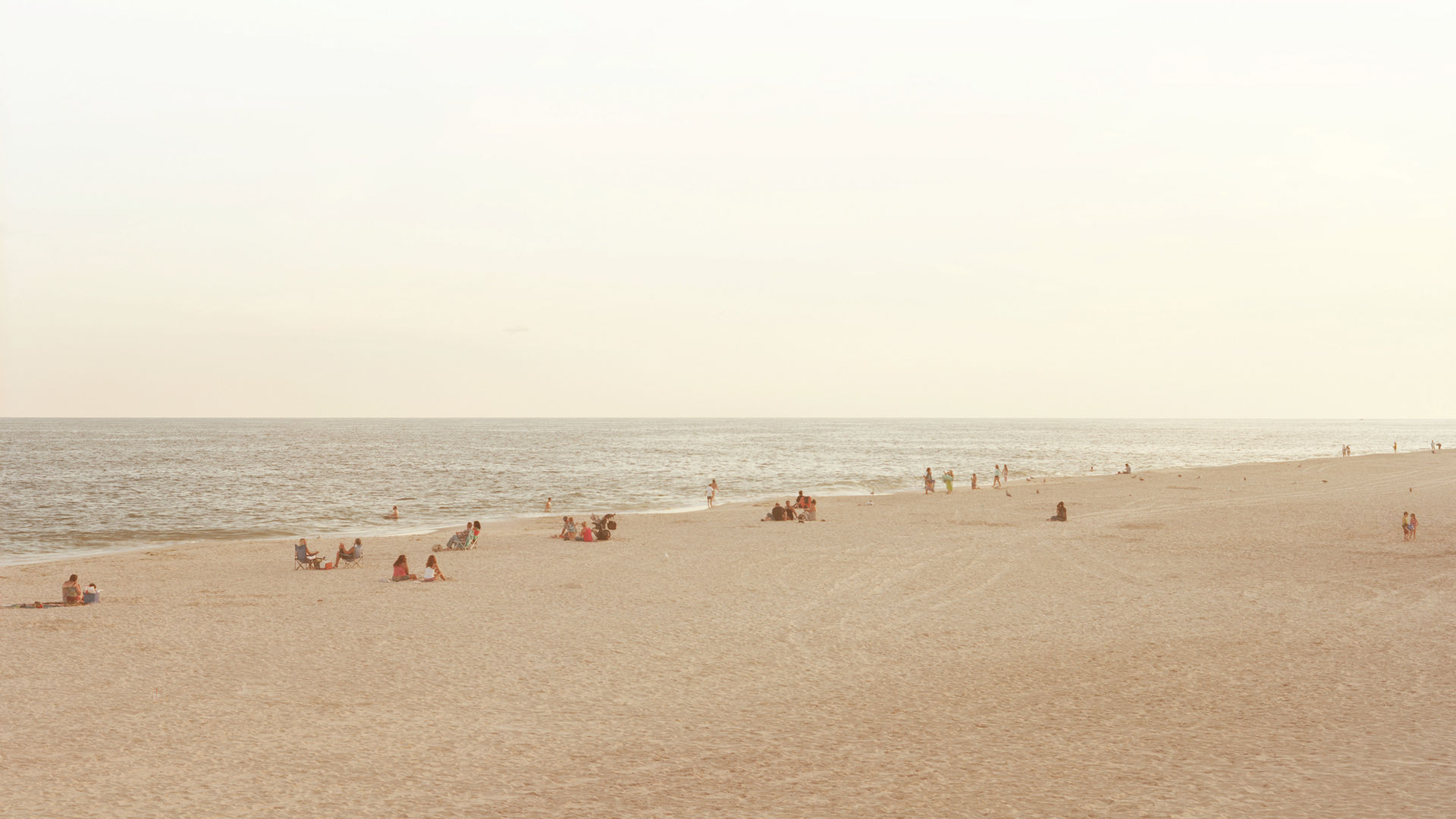 an Exhibition of the Snowden Files in Art, Media and Archives

On August 29 2008, The New York Times published an article which started as such: “The era of the American Internet is ending.”1 This was two and a half years after it had reported that “the National Security Agency had established a program with the cooperation of American telecommunications firms that included the interception of foreign Internet communications.”2 This was almost seven years after the telecommunications giant AT&T “began turning over emails and phone calls ‘within days’after the warrantless surveillance began in October 2001”3 following the signature of the Patriot Act by George W. Bush. And that, that was one of the innumerable pieces of information brought to light by the disclosure of a huge amount of documents by a young former CIA contractor to a few journalists he trusted.

Whereas this story is well-known, and meanwhile the geography of the international internet capacity keeps expanding into new inter- and intra-regional routes, decentralizing its physical infrastructure, it hasn’t been proven that the mass surveillance through the GAFA networks has significantly decreased after the Snowden revelations, if not worse. If wiretapping is not the only option (the demands for backdoors emanating from governments are now countless), it remains the most spectacular one in terms of imagination. 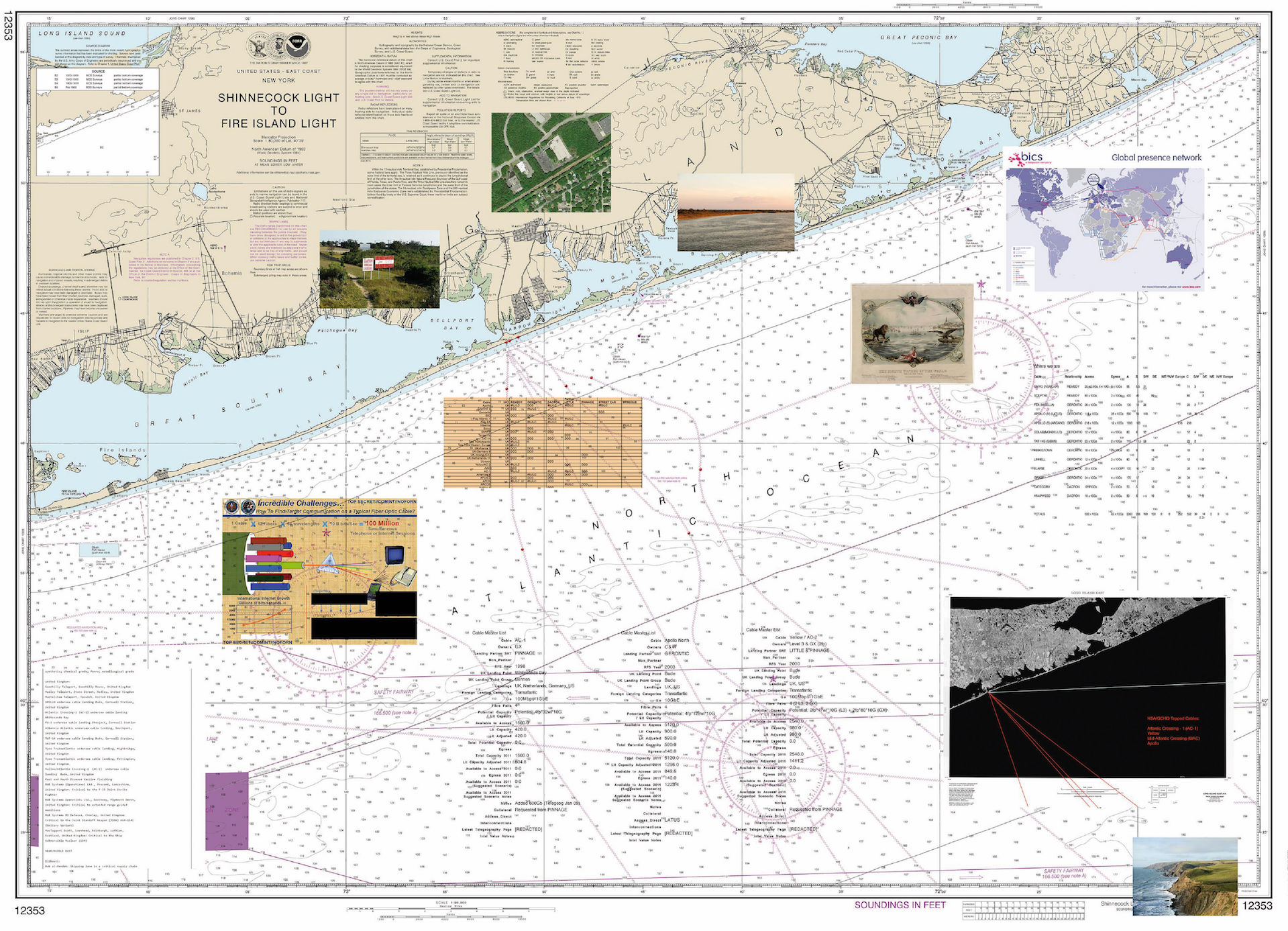 Trevor Paglen’s NSA-Tapped Fiber Optic Cable Landing Site, Mastic Beach, New York, perfectly exemplifies this. One part of the diptych stands as those numerous uninteresting holiday pictures we might all have taken at least once, one of those peacefully boring beach view, absolutely unspectacular, that reminds us of lazy Sunday afternoons when nothing happen. The other half presents us with a map of this beach jazzed up with various informative documents, some of which extracted from the so called Snowden files, describing this major submarine optical fiber cables landing site of the United States. And it is in its title that its poetry lies. This piece is the one chosen by Magdalena Taube and Krystian Woznicki, publishers, among other things, of the Berliner Gazette, to open the Art section of the book they edited together and which delves into the appropriation of the documents leaked by Edward Snowden, by journalists, artists and “ordinary” citizens. 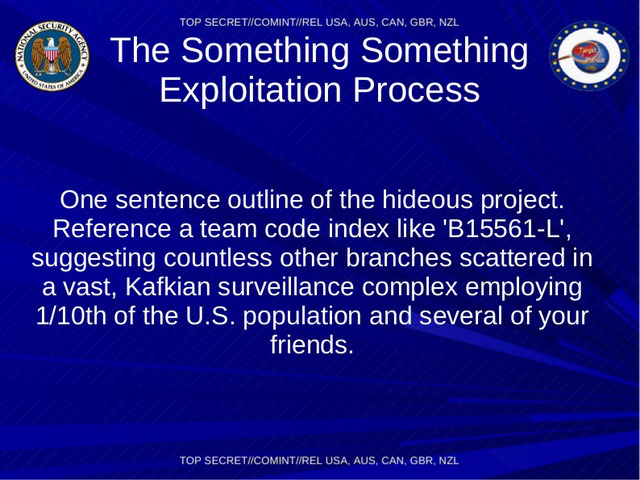 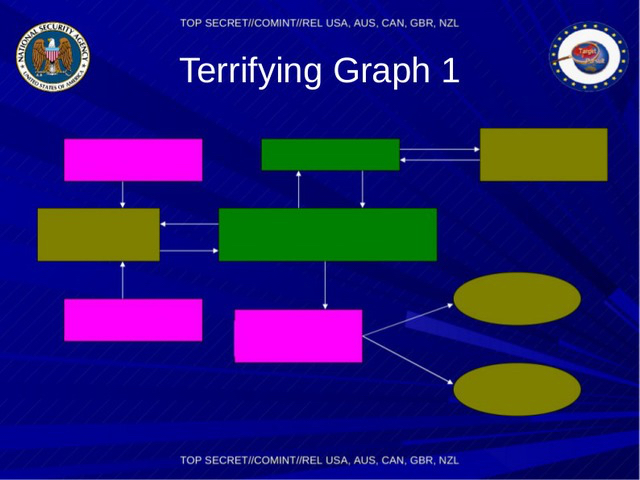 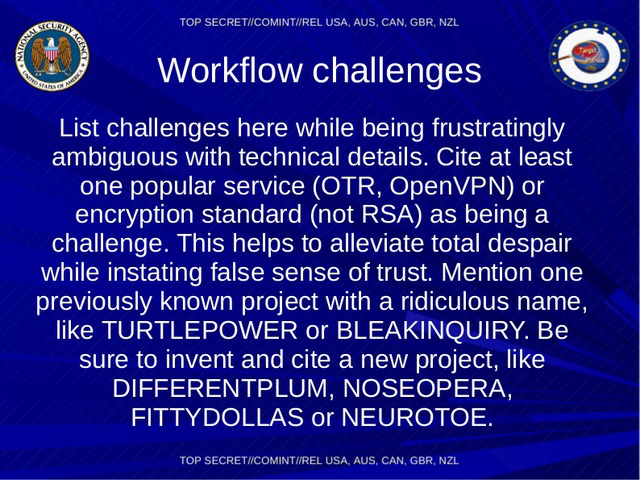 If the exhibition that accompanied the launch of the book mainly embraced a documentary form—and for good reason—, the works that we will retain here are the ones that deal the most closely with this form too: the Snowden Archive-in-a-Box, an autonomous web server and network that allows its users an off-line access to the Snowden files, devised by Evan Light ; the series of PowerPoint slides taken from the leak and redesigned by SAZAE bot ; and The Snowden Templates proposed by Julian Oliver. This latter, a delighting set of self-explanatory frames is aimed at being appropriated by everyone to produce their own fake NSA leaked documents4 in order to add to the prevailing paranoia. Not to forget that “the widely-used PowerPoint presentation program plays an important part in this context. When the NSA wanted to pitch its secret and costly surveillance programs, it usually used PowerPoint.”

4 Slides from NSA’s PowerPoint presentations have mainly been used as illustrations for the articles concerning the leak, see for example: Glenn Greenwald and Ewen MacAskill, “NSA Prism program taps in to user data of Apple, Google and others”, June 7, 2013, https://www.theguardian.com/world/2013/jun/06/us-tech-giants-nsa-data