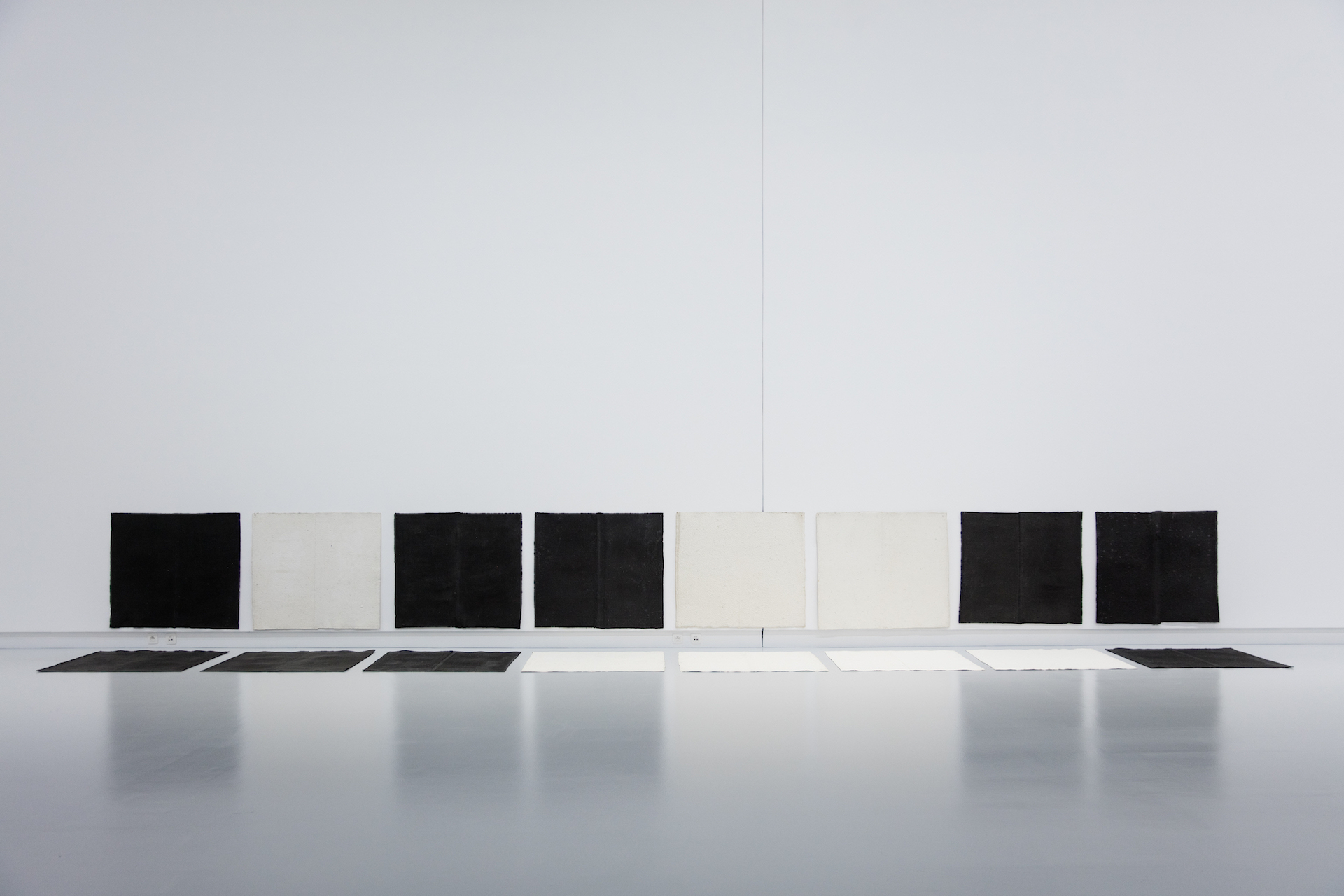 We are immediately struck by the matt quality of the squares of colour distributed on the wall in small sets which we might easily interpret as being slightly mocking. Why mocking? Perhaps because on the floor we are taunted by one of these panels perched on a support on wheels, as if it has descended from the white wall and is ready to sneak out. Perhaps also because, quite frankly, we are no longer accustomed to these tiered “baroque” hangings (although here the reference seems to be more the cheeky Quadrangle of Malevich than some reminder of an age-old preference for excess…). Perhaps, last of all, because, in contrast, a certain number of other pieces in the exhibition being devoted by the BPS 22 to the work of the Belgian Marthe Wéry (1930-2005) are simply placed on two small battens, and leant against the wall. Almost nonchalantly. And yet, quite to the contrary, it is the mastery of the hanging that we will most specifically take note of here, a hanging which reveals all the subtle nature but at the same time the infinite precision of Wéry’s œuvre. Pierre-Olivier Rollin, director of the museum and curator of the exhibition, has actually already worked with the artist on several occasions, in particular when he invited her to the Tournai Museum of Fine Arts during Lille 2004. So he is well acquainted with her manners and her desires, and does his utmost to re-enact displays and to create new ones, as he sees fit. 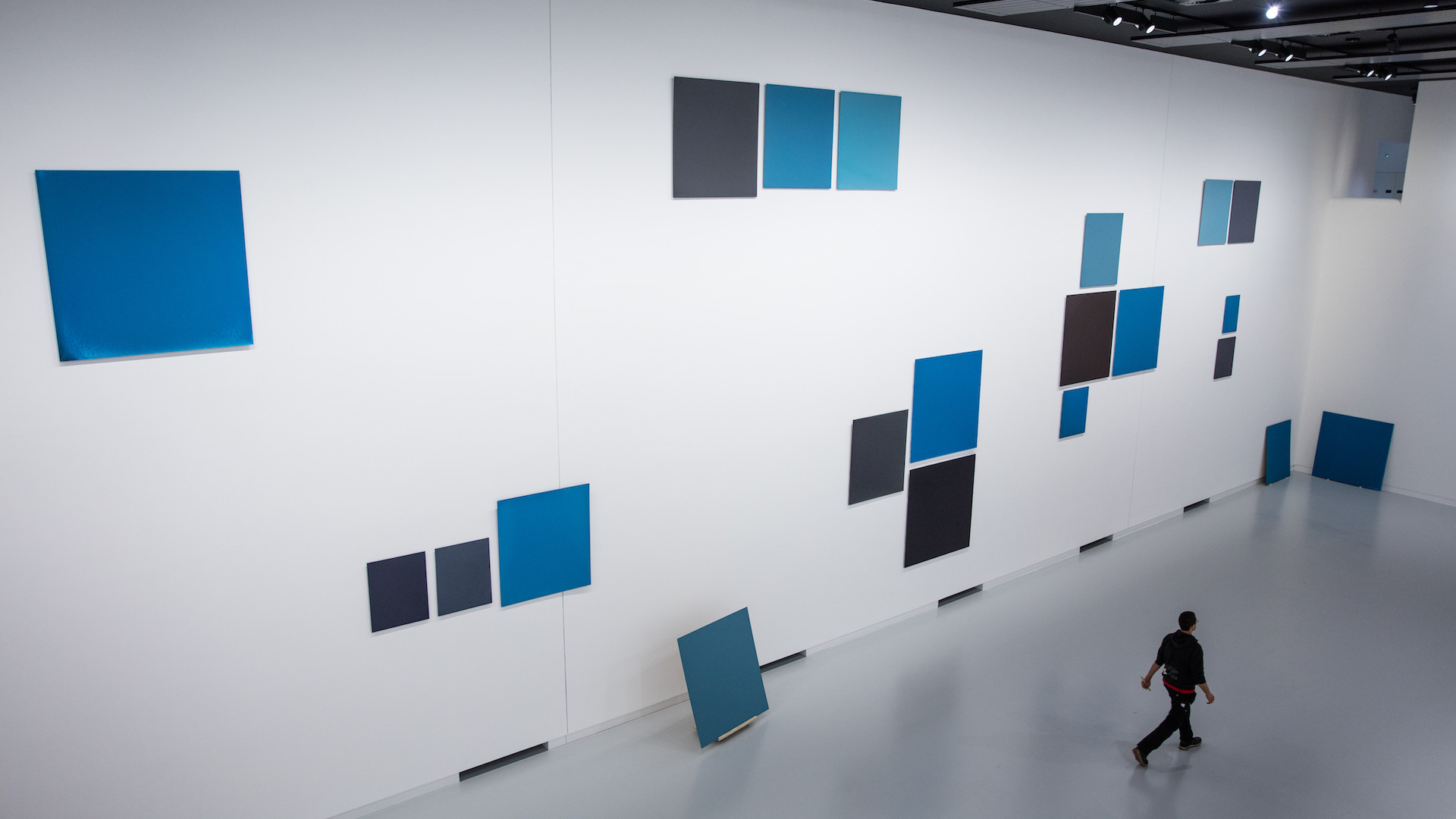 Views of the exhibition at BPS22, 2017. Photos: Leslie Artamonow.

With regard to Wéry’s refusal of flatness, and her way of never adhering to the wall, he here pursues exactness by re-using heavy fastening pitons, the way she did, 20 years ago in Calais. Never adhering to the wall, no longer in the more figurative sense of a work which does not let itself be restricted either by spaces or by names. The fact is that the core of this work is the tension that it develops between plasticity and affirmation, and the ambiguity that it weaves between the place of its display and itself. “I am keen to escape from the definitive form”,1 its author declared, incidentally. Thus everything is just combinatory. The sets of pieces—which she would sometimes call “open series”—are regularly enriched by new arrivals but may also be presented in a partial way and, above all, differently each and every time. It is in fact impossible to draw up a catalogue raisonné of these “plastic scores which have to be re-interpreted”, as they are described by Pierre-Olivier Rollin. 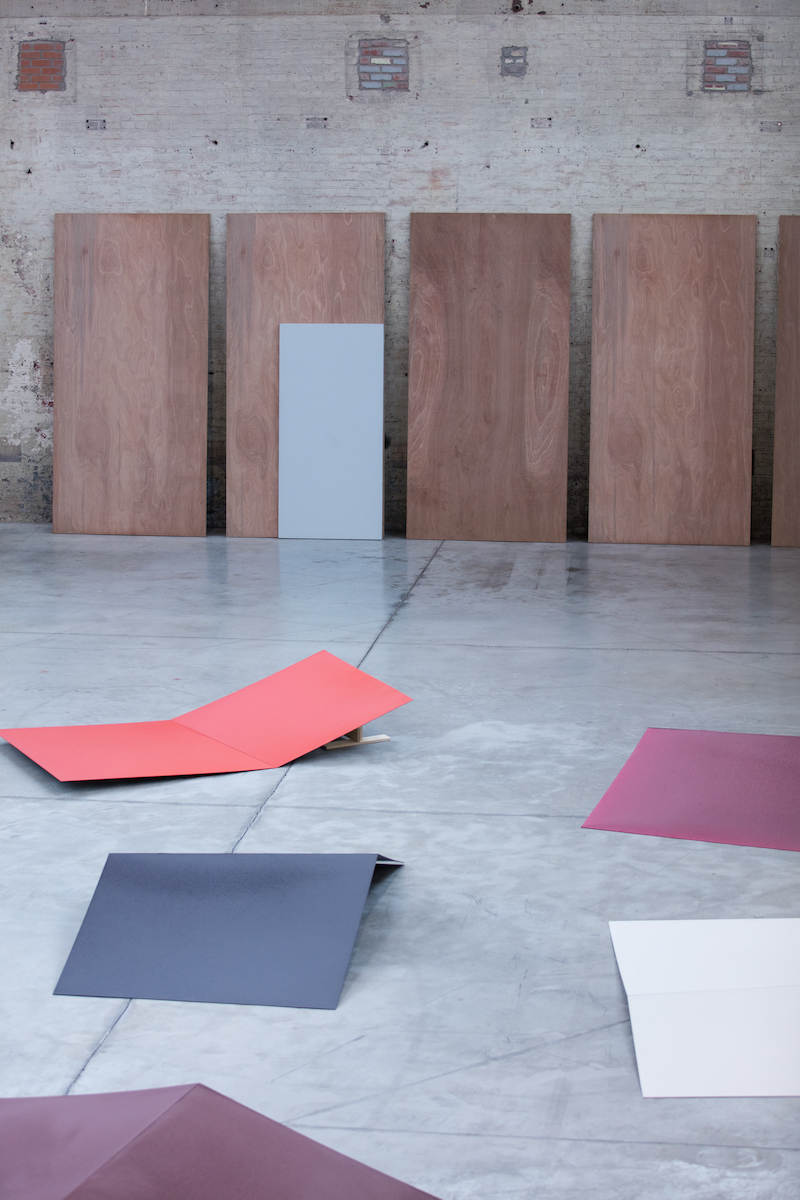 Therefore, a certain joy passes through the huge spaces of the recently renamed Art Museum of Province de Hainaut. Despite a painting which asserts itself as such, defying all transcendence and preferring to take us back to the surface, and only to its surface (though never forgetting its objectal (three)dimension(ality)), in a posture which we might at first glance describe as Jansenist, the whole gives off nothing less than joyfulness. So, the matt quality of the coloured squares. Some of the aluminium panels are powdered, constellated by what we think is a marble dust (the fact is that, although the artist is inclined to discussion she is not very talkative about her techniques). The multiple layers of colour come up to one another until at times rising up in cracks and streaks. So the matt quality is only fleeting, it readily bends beneath the succession of these coloured veils and we are at times close to the iridescence of an oil stain on the bitumen of a parking lot, or the texture of a piece of Cor-ten steel, but also to Monet-like watery effects.

Since 1994, the painter has been inflicting on her surfaces kinds of colour baths, soon proceeding, what is more, from heavy MDF to much more manageable aluminium, to let the nuances spread as if the wind had blown them there, guiding the coloured liquid in an echo of Klein’s Cosmogonies.

Here, on a large blue panel speckled with little pustules of paint, the matt quality competes with shiny areas with metallic highlights. There, formworks made of bevelled MDF which partly enshrine deep monochromes of an almost black blue, verge on the sublime. Although, in the words of Pierre-Olivier Rollin, “the stained-glass windows crystallize the issues of her work”,2 in other words paintings from which light emanates, here precisely, it is the figure of the icon which springs to mind. In this fortress of pictorial density, there is a muffled absorption towards a kind of surprisingly pleasing point of no return.

While, at moments, bright units of red and grey seem to laminate the wood on which they are spread with a thick layer of plastic, a series of almost, but not quite, austere stripes produced for the famous exhibition “Fundamental Painting” held at the Stedelijk Museum in 1975, turns out to be made on slightly concave stretchers.

As far as the handmade paper is concerned, it becomes almost like rubber, bits of wall torn away, thick felt, or even tar, to such a degree does its compactness, tinted in the mass, changes it into nothing less than an object. Affixed to the wall, simply held by two nails or laid on the floor mirroring the hanged ones, it offers the space its naked presence.

Paradoxically, the presence of the painted wooden panels can become more delicate, especially during superpositions which express their whole strength, but in disguised words. For this artist with her Wittgensteinian soul, in whom we can recognize the influence of the Remarks on Colour, natural light is a foundation. It is the light which creates doubts about the very use of the names of colours. The light which contrasts variations with precision. Irradiating her studio and her exhibitions alike, it confirms that permanent attention of the artist on what lies beyond its format. “The paintings are the result of a state of availability on the part of the artist to what can happen materially but also what can be revealed as an image”,3 to borrow Eric de Chassey’s extremely apt words about them. 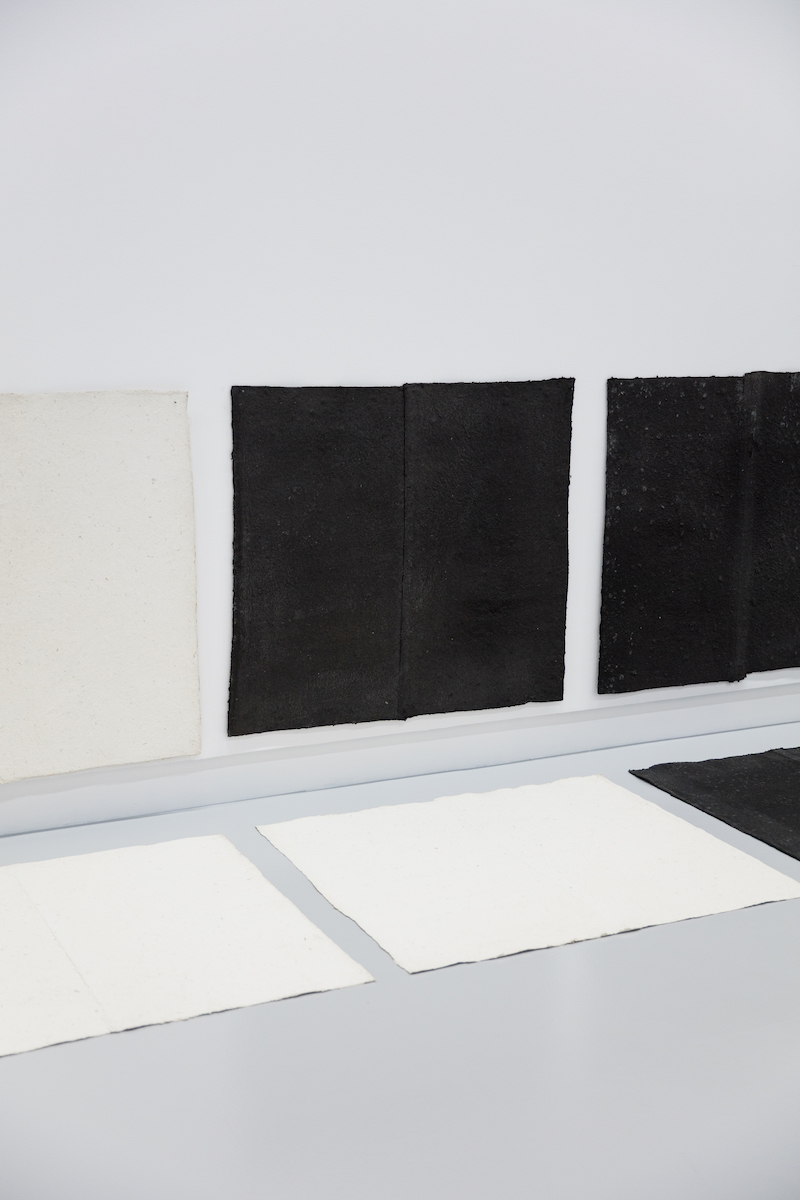 2 Be it for a place of prayer in a private property, or, for example, the Nivelle Collegiate Church, Marthe Wéry produced a certain number of stained-glass windows. These latter, “simple” slivers of glass in shades of grey and blue, refusing the usual shimmering of this type of production, were regarded by some as scandalous.

3 Eric de Chassey, “Stern, strong and open – The Paintings of Marthe Wéry” in Marthe Wéry, Les couleurs du monochrome, published by the DGAC of the Province of Hainaut, 2005, p. 32.