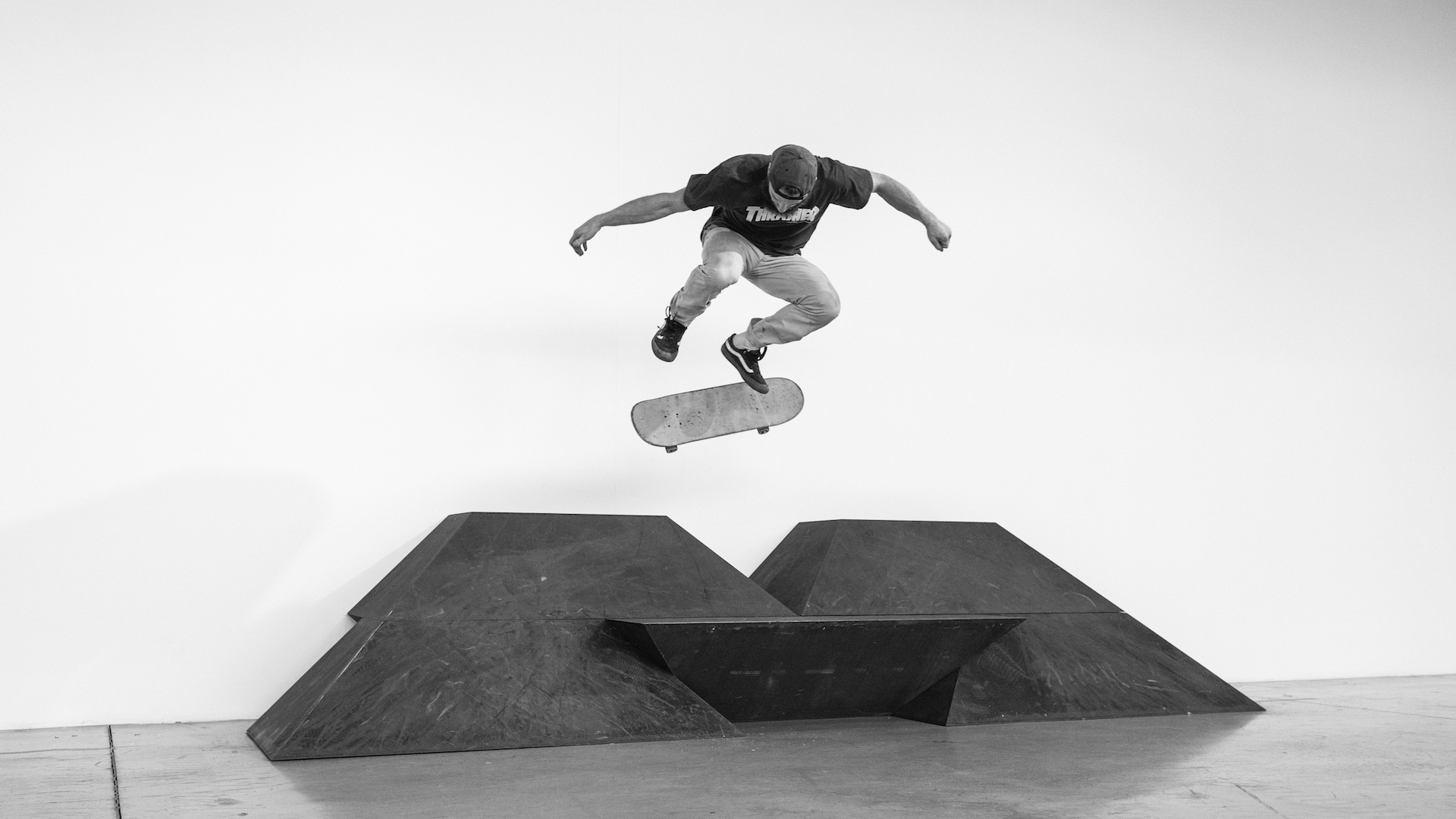 In Raphaël Zarka’s work, we are acquainted with his fondness of mathematics and skateboards, which he has been using himself for many years, and to which he has devoted several reference books. For fifteen years or so, using a principle of replica or what we might call image as volume, he has been exploring the idea of a “documentary sculpture” innervated and informed by the history of the sciences and geometry, whose aesthetic attests to a link with Minimalism. By his own admission, and in the manner of an archaeologist, he discovers sculptures more than he invents them.

In the exhibition he is having at the BPS22, where he occupies the whole ground floor, we can rediscover the main concerns underlying his work, here playing host to revisited challenges or, in any event, by systems of logic rendered fully operational. In it, in particular, he presents the most significant sample to date of the Riding Modern Art series, a collection of images retrieved from specialized photographers in which skateboarders create figures on public artworks associated with modernism. What interests Zarka here is the special relation to art that is brought on by such an appropriation, with aesthetic considerations being replaced by understanding and experience of the dynamic and the movements offered by a work that has become practicable in the same way as a low wall or a handrail.

The installation Paving Space, for its part, transforms the impressive hall of the BPS22 into nothing less than a skatepark, a spot blurring the boundaries which separate museum and public place. The place is punctuated by a set of sculptures made of Corten steel inspired by a model devised by the German mathematician and crystallographer Arthur Moritz Schoenflies, whose assemblage enables it to be developed in space without leaving any voids. If we have already seen these sculptures, then made of oak, in particular at Les Abattoirs in Toulouse, the installation here finds its full measure by accommodating throughout the show skateboarders come to confront their particularly steep circuits. Zarka’s display takes into greater account the movement and needs of the skateboarders, in terms of momentum for example, than it stems from aesthetic criteria or viewpoint challenges—that of the spectator being considerably displaced above the scene, observing this ceaseless ballet from the mezzanine. If the skateboarders become a kind of active and experienced public, the proposition falls in no way into the category of performance or of relational aesthetics. Precisely where the photos of Riding Modern Art fixed, in a decisive instant fantasy, a form of virtuosity, Paving Space illustrates tactics for approaching the work and becomes the terrain for attempts forever being made again, with their share of failure and success. With this installation Zarka thus moves from “documentary sculpture” to “instrumental sculpture” which, in his eyes, functions like a score which the skateboarders decipher and interpret.