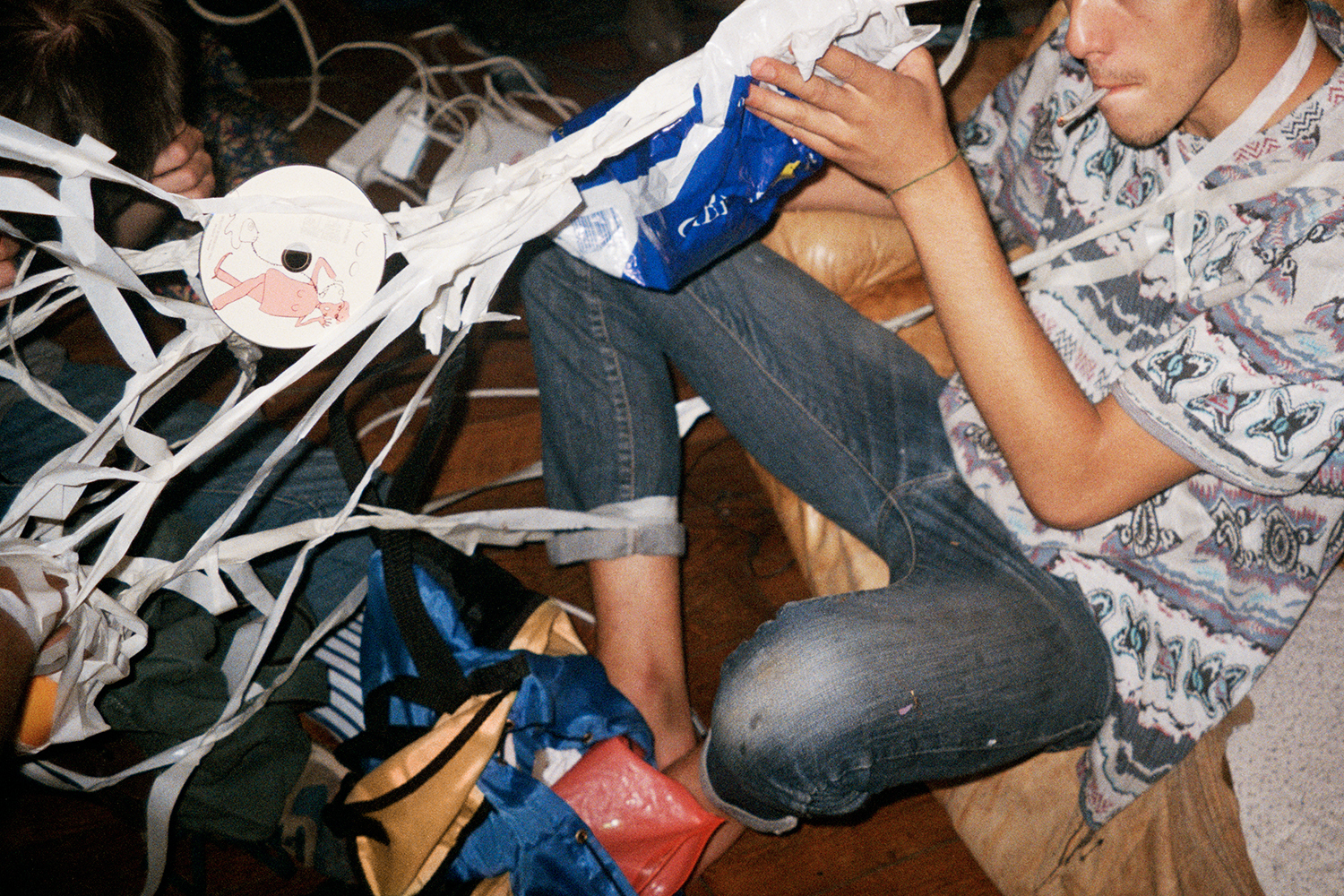 Salut soleil (qui sais mourir) releases the energy of a solstice, an endless day, a night of drunken revelry. The tension between the bodies experienced by pain and pleasure, the tenderness of embraces and the vivacity of knots and grasps are like the ups and downs of an initiatory path. The eye slides along a fragmented story which is sensual and mildly subversive. Shadows contrast with each other without any violence in the clear lights and forms traced by the flash. The silver photographs of Camille Picquot (born in 1990 in France; lives and works in Brussels) stake out an enigmatic adventure which may call to mind certain writings by the poet and author René Daumal.1 Brought together for the first time at the WIELS in the exhibition “Regenerate”, her images do away with the time-frame and the distance imposed by the successive periods of lockdown. Camille Picquot turns mistakes and re-framing into a poetic force from which spring haphazard forms. A dead bird floats on water, teeth contrast with a balaclava’d face, a naked body stands upright, covered with white foam. As in the self-portrait with the scratched knee (Sand Sitting), the disparate motifs, tinged with weirdness, arrest us with their punctum.2 As a possible reaction to the fleeting looks of the subjects, the hand in Eye Ball attracts us with an eye that it holds in its palm. If the gesture underscores a gap between the two entities—can a hand see? Where does this eye come from?–, it also connects them. This timid approach awakens the memory of the body’s primitive involvement at the beginning of image creation. So Eye Ball might sum up the totality of a reconciliatory approach between seeing and touching, the image and its materiality. Split between a peeping-tom instinct and slipping between the sleeping naked bodies of Slumber, we are invited to inhabit the interstices of opposites, and caress them rather than oppose them.