Subject matter is the new form 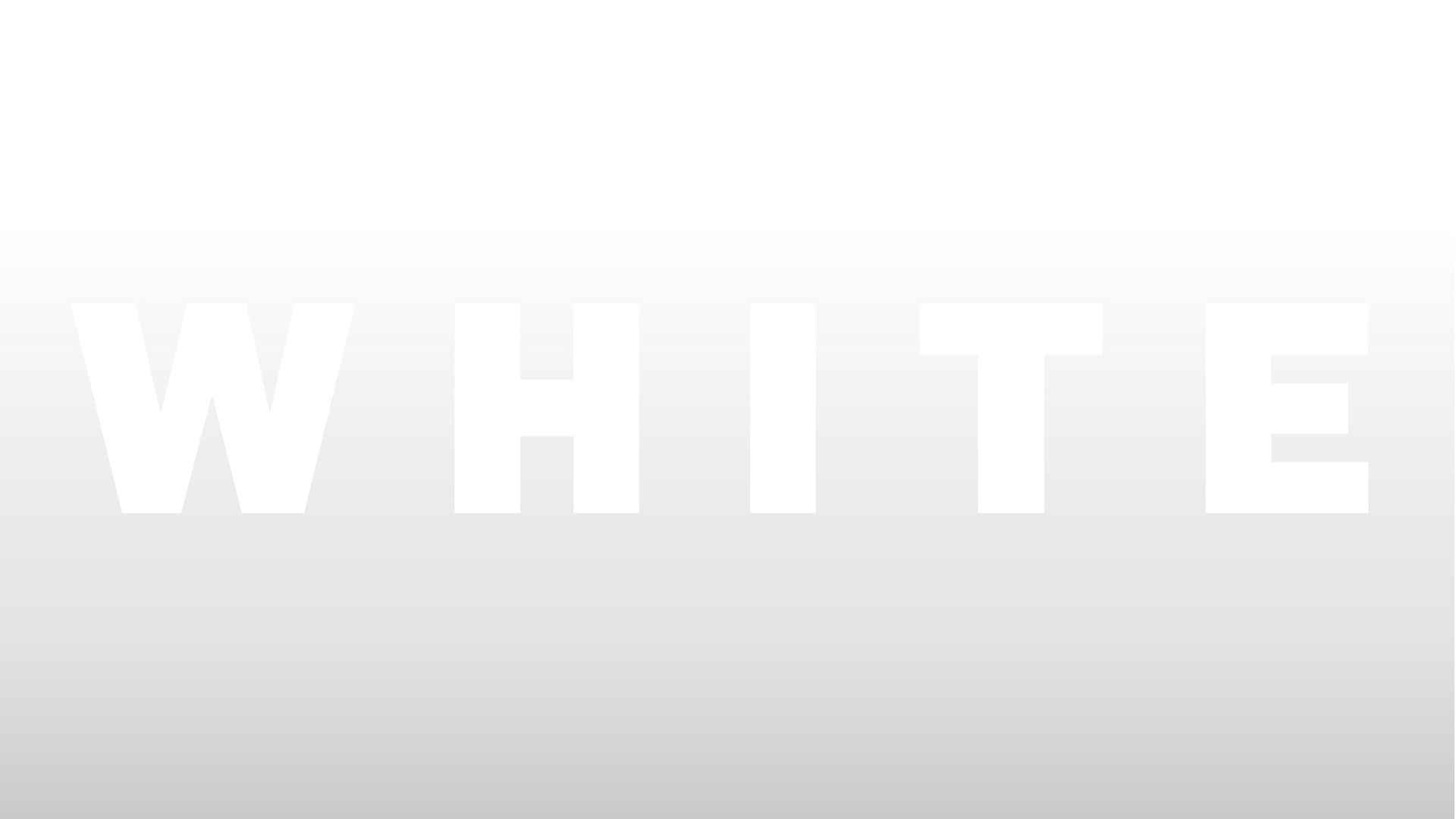 “Subject matter is the new form.” On the face of it, this short sentence would have the emptiness of T-shirt slogans, but, recontextualized, it identifies with great accuracy the condition that prevails in art today. This was noted in the review Roberta Smith wrote about the 2019 Whitney Biennale for the New York Times Magazine. In turn, Jerry Saltz repeated it in his own column for Vulture1: “Subject matter is as important a formal feature of art as form itself as a primary carrier of change and newness.” For the first time, the Biennale could boast a scrupulously diversified list of artists in terms of genres and origins. However, the two authors noted that, at the level of works, this diversity did not bring the formal innovation that one would then have been entitled to expect. They nevertheless praised the quality of the biennale, which was representative of a state of affairs and of the lifeblood of artists under forty—for the three-quarters of them were that young—: for an entire generation of artists, aesthetics is simply no longer the primary concern. “Often, though, formally non-daring works breathe quiet fire and seethe,” added Jerry Saltz. The canon, styles, media and art history in the broadest sense now serve as the material from which to draw freely to express one’s message. Are the 1980s back? Indeed, stating it sounds like a reminder of the great moments of post-modernism. And yet, it is something else: here, no joyful nihilism, no decadent irony. Quite the opposite: an urgency of speech, expression and, above all, message.

Content comes first. Content, i.e. ecological, queer and colonial concerns, with the possible exception of class issues, the absence of which is obvious. For the visitor, who can be assumed to be progressive without taking too much risk, these perspectives are conventional. They recognize them from their militant networks, they have read the quoted texts, they agree with the references embedded and with the issues raised. Once this is established, it also follows that nothing shakes up the categories of thought that each one will have brought with them from the outside world. The same questions, the same debates are taking place, with the same modalities. The form speaks, and it speaks like a text. Art becomes political by merging with reality. The works are leaflets. There is certainly an urgency, today no one can deny the identity tensions and conservative backlashes. Does this mean, however, that in the long term, this prevalence of the subject over the form is desirable? This shift, and the habit of assenting together that results from it, is the subject of two essays published this summer. Both White2by Bret Easton Ellis and Contre le théâtre politique3 by Olivier Neveux return to the polarity of subject/form, which they address under the opposition ideology/aesthetics. The enunciative position of the two authors could not be more different. While the prodigy of the literary Brat Pack of the 1980s trades the novel for a hybrid writing between autobiography, confessional literature and cultural criticism, the academic Olivier Neveux, Professor of Theatre History and Æsthetics at ENS de Lyon, produces a lampoon richly argued. Egotistical flamboyance and historical temperance. The entertainment industry and the philosophical scene. And yet, the intention and terms are surprisingly consistent. Both point to—and warn against—the slippery slope leading from politics to morality, from aesthetics to ideology, from ambiguity to message.

For Bret Easton Ellis, ideology means “expressing an opinion and forcing you to experience certain feelings” while aesthetics means “playing the trick differently by showing things in a neutral way and asking you to bring something, for example a complicated and contradictory or morally ambiguous aspect that the film will not simplify or solve for you” (p. ??). An art work, in this case a film (Bret Eason Ellis takes the example of Moonlight which he opposes to King Cobra) can defend progressive ideas (a black and gay teenager wrecked by an iniquitous society) while not being aesthetically a good work. The main point here concerns reception: the work of art is by nature complex and chaotic, like the individuals to whom it is addressed. However, by submitting to “collective intuition”, it runs the risk of submitting to the temptation to “erase both subjectivity and objectivity”. For his part, Olivier Neveux also points to the perversion of the mechanical production of effects. “To think of a policy of works is not to consider them from an ideological point of view and question them according to the reflection of what they are supposed to be, any more than to identify the signs supposed to produce such an effect mechanically or to testify, by their transparency, to such a will.”(p. 17).

For Bret Easton Ellis, the inclusive fantasy is “what happens to a civilization when it no longer cares about art at all” (p. ??). The same is true for Olivier Neveux, deploring the loss of the work, “the great absentee, the ignored, relegated to the old modernism”, who then specifies: “Some evenings we have the impression that the theatre offers theoretical digests to those who do not have the time or taste for it […]. The theatrical radicality sometimes consists in grasping, once cooled, deconflictualized and normalized, what has fueled offensives and activist discussions elsewhere for years” (p. 160). Ideological art explains, demonstrates Olivier Neveux, calls for both the “explicative order” and the “stultification” it implies as presented by Jacques Rancière in The Ignorant Schoolmaster (1991 for the English translation) and the “aesthetic positivism” which “replaces the theoretical deciphering of the works by their effects” theorized by Theodor W. Adorno in his Aesthetic Theory (1970), concluding that this approach is “a way of constraining and shrinking the work to what it is supposed to produce—and not having to produce any immanent intelligence of what it is”, its existence being “dependent on what it promises to affect, its project of effects, its practical voluntarism” (p. 163). The autonomy of the work disturbs. It disturbs the logic of a culture that we would like to be rationalized, useful and productive. Whether it is a question of practical voluntarism or, with Bret Easton Ellis, of “corporate culture” and its “virtuous robots”, the threat of the levelling of its reserved space lingers over art.

The stage, the page, the screen and the space where the works appear have become porous. We barge in on them with our casual heavy boots to the sole of which stick the values and what’s left unthought of a governance system called neoliberalism. Insisting on the reception of works, their mass and group reception, also means highlighting the making of a certain type of individual, and spectator, by the system in question. The economy penetrates all spheres of the praxis, producing a subject summoned to be ever more efficient and competitive. The latter is drawn into a spiral of self-optimization that he believes he desires but actually executes by default, due to the lack of external structures able to guarantee arbitration. The shift from form to subject reflects the pressure weighing on the artist: the artist, in order to emerge, to be visible (and, once again, because the structures opposing competition are breaking up), is called upon to affirm a coherent, identifiable position as a subject. Ambiguity—that ambiguity of the work, that of the different parts of the same artist’s production—, it is understandable, is an obstacle. In their conversation published in Texte zur Kunst, Chris Kraus and Ariana Reines mentioned the profitability of affects. The latter stated: “In a certain sense, what artists sell is in a way the iterations of a certain subjective position that they represent. From there, they can make many versions of what they produce […]. And so, in a way, everything happens as if you were buying part of the state of consciousness they represent.”4

On the other hand, as far as reception is concerned, Bret Easton Ellis identifies in the Hollywood actor, always measured, moderate, pleasant and almost “air-conditioned”, the premises of the default condition of individuals in the neoliberal regime. The case of contemporary art and politically motivated works is more about an agreement on “good” values than a middle ground. The contentious side of politics, and of the human being, is ignored. The raw political fact is transformed into established politics, and one then comes before the works to acquiesce en masse to the dominant paradigms of one’s group rather than to rethink one’s systems of thought—even if it means leaving with regrounded, reinforced convictions. These reflexes are the basis for the mass manipulations to which unleashed neoliberal individuals are no less exposed, precisely because they depoliticize and practice politics only as an external sign of allegiance to consensus.

Where has the individual with a critical consciousness gone, that individual who would not preexist the work but would rather be shaped by it, by the specific space-time required for its apprehension and by the reconfiguration of perceptual habits and moral certainties that we would be entitled to demand from it? The mode of reception of works, of these works favoured, even generated by a neoliberal structure of competition between precarious individuals, also leads to a disempowerment of the individual themself. We are witnessing, such would be the ultimate observation, a capture of the individual by the vocabulary and values of neoliberalism. The individual would necessarily be on the side of profitability, while massing with a web of other individuals, not a group as such, but a constellation of these virtuous robots juxtaposed by a consensus that, in reality, does not come so much from a measured adherence as from the integration by each of them of the regulatory norm. In fact, the progressive fringe of society, the one that goes to the theatre or to the museum, simply seems to have abandoned the individual to the enemy. The works are aimed at the group, at the masses, without any attempt to win back the individual and make them a subject thinking rather than interested, free rather than muzzled, as if the fatalistic attitude had led to stop fighting to make the art space a space preserved from the logic of real life. The works urge the group to participate, to be useful, to produce (social cohesion, consensus, perhaps marketable convictions?). Olivier Neveux emphasizes: “This is the watchword, it is valued to commit, to do rather than to look, to be at the initiative rather than a spectator” (p. 181)

This “emotional blackmail” demanding “to do, to participate” that he emphasizes has shifted since this year. The political commitment of artists has become structural. It concerns the nature of institutions, their ideological orientation. This is where the efforts must be concentrated. Thus, from the Whitney Biennale, we mainly retain the action against Warren B. Kanders and the artists who have chosen to withdraw their works—seizing the mechanics underlined above that capitalizes on their subjective positions5. But it seems equally urgent not to leave the work as food for militant purposes. The present moment, and the direct actions of artists, would be an ideal turning point to finally separate ideology from aesthetics, to establish the purity and interdependence of both within this total project that art is—art, and not culture. It’s up to the aesthetic work to be the stone of complexity in the shoe of simple neoliberalism again, the place of an experience of radical otherness, and the rock against which existing taxonomies, designations and certainties would run aground.