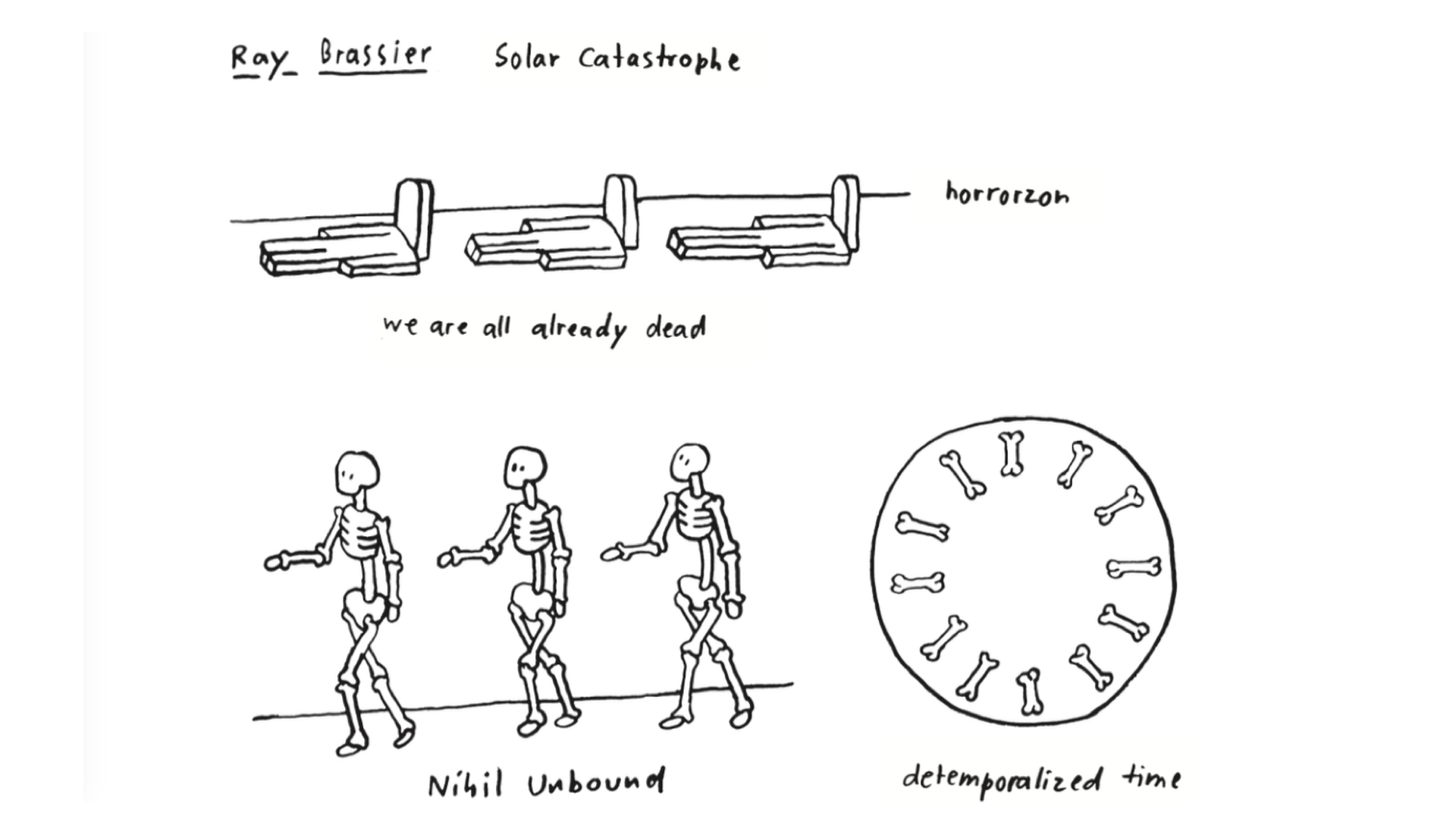 « Philosophers should work with artists, not write about them »

It is the first notable movement to emerge in philosophy since postmodernism. Speculative realism has a birth certificate, namely the 2007 conference organized at Goldsmiths College, that went on to serve as its manifesto. Major characters of the movement came together there : Ray Brassier, Ian Hamilton Grant, Graham Harman and Quentin Meillassoux. Spreading through blogs and non academic journals, speculative realism aims at distancing itself from the kantian model, which is establishing an impassable correlation between world and thought, as well as between the things themselves and the way we perceive them through the categories of time and space. Contrary to the main guideline of post-structuralism, speculative realist philosophy does not only focus on linguistic, social or psychic facts anymore, but goes back to dealing with the outer world.

This year, the magazine ArtReviews‘ much discussed Power List, a yearly ranking of the hundred most influent art world personalities, put speculative realism on its 68th spot. It thus mirrored a growing infatuation far from being only restricted to end of the year lists. The way in which the label « speculative realism » spreads is reminiscent of how postmodernism in general, and French Theory especially, were received by the art world. François Cusset, in the book he wrote about the topic, underlined how French Theory became prey to a fragmented reading, where concepts were seen as isolated signs, ready to be manipulated and used.

How could an interaction between art and theory be conceived that would not be one of mutual use, but would lead the way to a genuine exchange ? How would it be possible to avoid that speculative realism become an empty label ? To try and answer those questions, we turn to philosopher and theorician Armen Avanessian, a major actor of contemporary speculative philosophy, whose work precisely attempts to build new bridges between theory and practice. 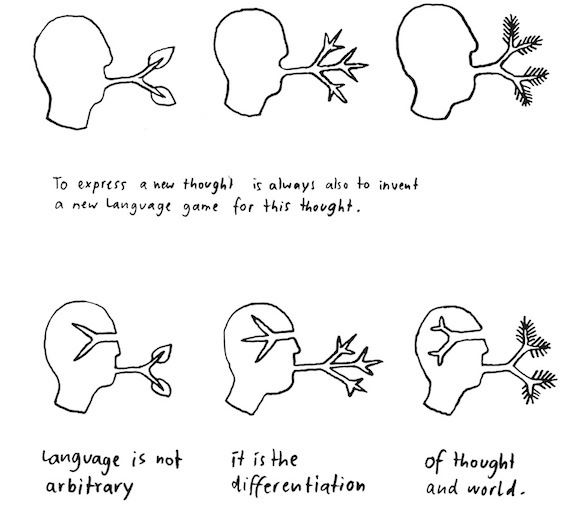 When considered in relation with contemporary art, speculative realism is often linked to speculation in the financial meaning of the word. Indeed, it is often a way to lend consistency to post-Internet art, and thus market it more easily. This was the approach chosen by the magazine Texte Zur Kunst, that recently devoted an issue to the topic1.

Contemporary academia hasn’t fulfilled its role in giving space to new theory, so many of the new philosophers, and among them those associated with speculative realism, turn to the artworld. Speculative realism is an interesting case because it’s the first new movement in philosophy to emerge since quite a long time, at least within the 21st century. And it’s made by a group of pretty young philosophers, not the usual eighty year old French philosophers. The fact that it became really fashionable in the artworld is connected to two reasons : the global problems we are facing cannot longer be explained through the old patterns, and those philosophers communicate in a way that is also shared with younger artists [speculative realism mainly spread via blogs and open source publishing houses].

Even if that is changing nowadays, the main protagonists of speculative realism and materialism did not work from what’s usually considered to be the center of academia. Even if there is Quentin Meillassoux teaching at Ecole Normale Supérieure in Paris, there is no one in New York, in London or in Berlin. Ray Brassier is in Beyrouth, Graham Harman in Cairo, Ian Hamilton Grant in Bristol. The founding conference of speculative realism was held at Goldsmiths College in 2007, which doesn’t even have a philosophy department.

Goldsmiths College, however, is very well known for its curatorial studies department, and the MFA in Curating diploma that it delivers. Speculative realism thus appears linked to art since its very beginning…

It also happened at the same time as the interest in curatorial studies was at its climax. But I’d like to stress that we always attempted not to repeat the mistakes of postmodernism : we were careful not to produce a theory easily digestable for the artworld or the artsphere. What we wanted to do was philosophy for philosophers. The irony of history is that the opposite happened : the speculative realism philosophers who wanted to stay away from this and really focus on philosophy became popular outside of their own field.

The very name of « speculative realism » is now starting to be rejected by some of the authors usually associated to it. A lot of those present at Goldsmiths have moved away from it. What about you, do you consider yourself a speculative realist ?

Speculative realism is a new start in the history of thought. What could it mean for a younger generation of artists that no longer want to do critical or political art in the old sense ? I think the label is useful to stress this rupture. As for me, I work from a slightly different perspective, since I started working with literature, with my Speculative Poetics. I am a trained linguist. I try to make it my own projet, also by working with others. The problem with new theories is that the label can turn into a slogan. Names are only a problem if people take them like slogans, and use them to spice up their show descriptions. 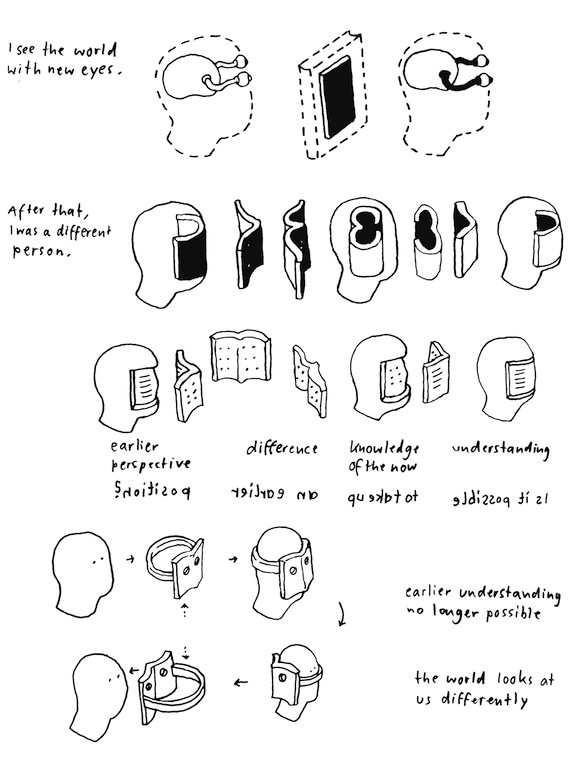 Speculative realism is very new, it is only seven years old. When it became fashionable at Goldsmiths, all the kids started doing object oriented sculptures [one of the lines of speculative realism is called « object oriented ontology »] or archifossiles [a key concept to be found in Quentin Meillassoux’s work]. I would say that this doesn’t work. The more interesting question would be : how does art think ? Or how does litterature think ? And that’s a very different level than just providing descriptions. The real challenge would be to ask ourselves what an anti-correlationist art would be like. And that we cannot say, because the understanding we have so far of art is determined by a classic esthetic approach, and the way we think of the relationship between the object and the beholder is either psychological or perceptual. However, it seems to me that many artists of the younger generation are trying to get away from the object an the final product approach.

In the text you wrote for Texte Zur Kunst about speculative realism, you mentioned artist Walid Raad. What other artists are you close to ? Do you collaborate with any artists ?

Till now, I mainly worked with writers and illustrators2, but I am currently working on putting together an exhibition. I’m interested in collaborations and projects where text is not dominating the image or the other way round. Thinking is a practice. I’m interested in galeries like Kraupa-Tuskany Zeidler in Berlin, as well as collectives like DIS magazine or K-HOLE. Some post-Internet artists as well, even if I’m not so sure about that name. Generally speaking, I like immaterial practices, those that try to escape the market.The market aspect in art is there from the begining, so it’s not only the final product that is corrupted by it.

Why did you want to curate a show ? Coming from theory, do you perceive the exhibition as a way of thinking, of organizing concepts, of constructing an argumentation ?

Even if write books on my own at my desk, a large part of what I do is building platforms between different fields. So I have the impression that I already do curate theory and philosophy. What I want to do by producing a show is to go beyond the conception of the curator as a meta-artist. Instead, I want to produce a kind of knowledge factory, a productivity line of some sorts. I never write catalogue texts, because I think what philosophers should do is work with artists, not write about them. I’m not so much interested in existing works, rather in how to work with this or that person. The show is a platform. It can be used to invent new ways of producing, before, during and after the exhibition. The kind of art produced would lie beyond the object, it would be hyperobjective so to speak. That would be one possible way of going beyond the art market : by artworks that are never fully finished, that does not cease to produce effects. 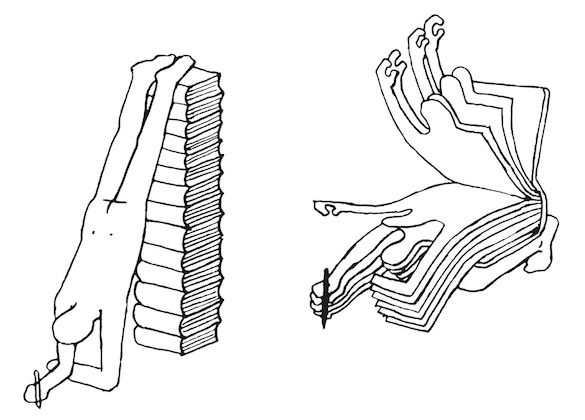 According to you, why are so many philosophers becoming interested in contemporary art ? Before, when turning to art, Deleuze was writing about Francis Bacon, and Merleau-Ponty about Cézanne. Those weren’t exactly artists contemporary to them.

I would say it’s a general context development. Art has become part of our culture like never before. There are more and more galleries and institutions. There has been a visual turn in theory, that has turned its back to the post-structuralist saussurian language-oriented model. Deleuze wrote a book on Bacon and on film, but nevertheless, Foucault, Blanchot, Lyotard and Rancière all worked from a literary point of view : Flaubert, Mallarmé and so on. In fifty years, someone might be able to write the history of going away from post-structuralism. In the meantime, it’s important to already try to find out some elements, and not just think abstractly that philosophy changed. Philosophy changed together with all those other aspects, and that’s why working in an experimental way is important : it’s not possible anymore to separate thinking and doing.

Do you think the artworld is a way of making theories more visible and spreading them quicker than it would be possible in academia?

Yes, for sure. There are much more art academies, art students, galleries… And in general, they work quicker. It’s very positive, but also deeply problematic. The main reason for the superficial and wrong reception of speculative realism is that artists are not really trained in reading philosophy the way academics are. They have less time, and they want to use it immediately…

Do you think it can be used by artists at all ? Or do they have to work it into their own langage ?

I’m interested in artists that have understood that they have a very different talent: it’s not about producing images and objects to criticize society, but how you deal with it. We are in this kind of society anyway. So it’s rather about using the hyperdigestability of images, and pushing it at its utmost.