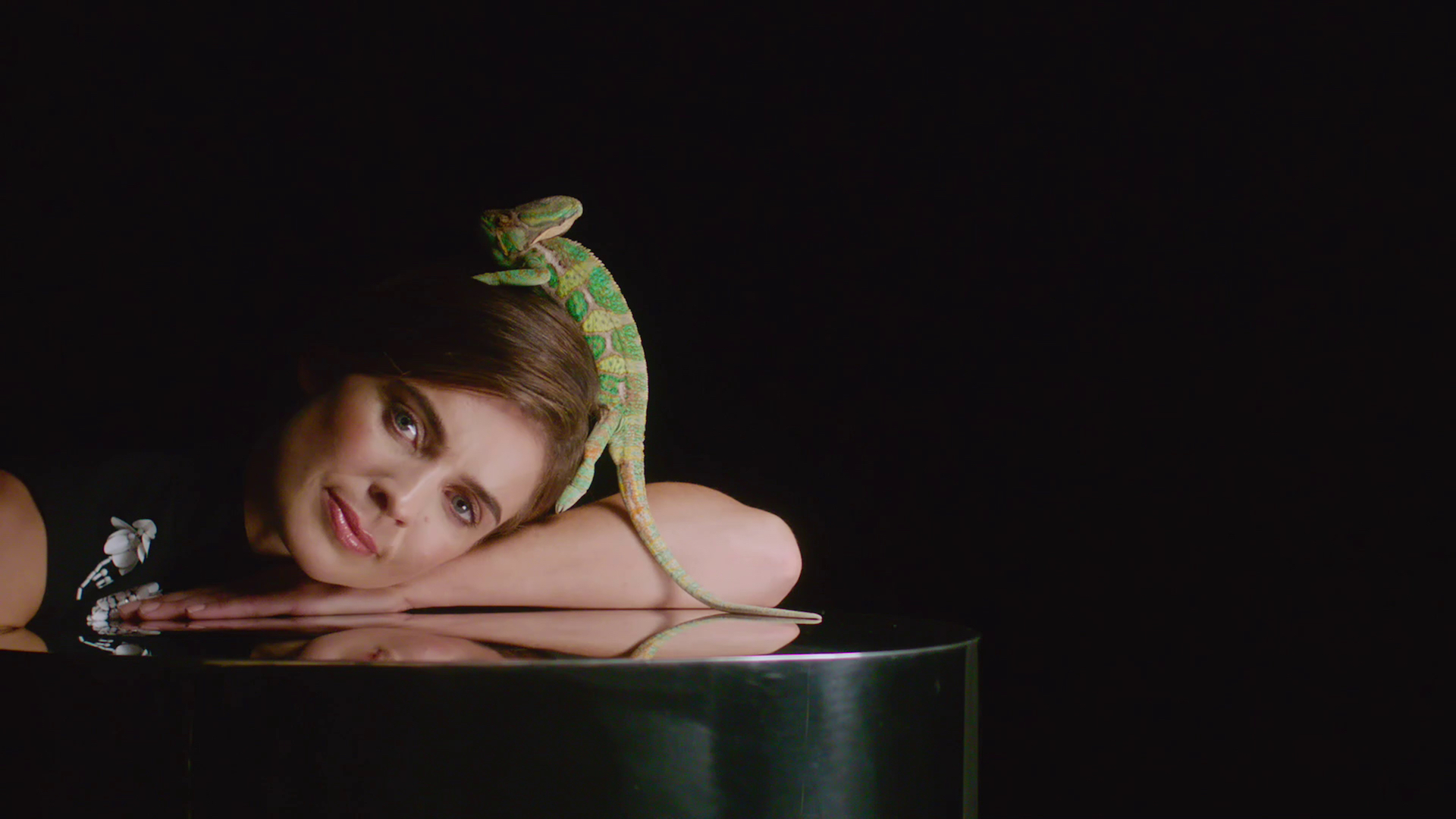 A journey to the heart of the society of affects

Modernity had the novel, we have books about personal development. When industrial society was developing, the modern novel presented characters interacting with surroundings whose meaning eluded them. By generalizing the idea of multiple viewpoints and the “microcosm of different languages”,1 the novel form aimed, by way of a kaleidoscopic vision, at re-creating the illusion of understanding a fragmented whole. For its part, the success of books about personal development is the symptom of the total merger between diversity and the internalization of agencies of social regulation. If it has become imperative to mend oneself by oneself, this is because we henceforth carry within us the norm which was previously incarnated in people and institutions. This process has been much theorized, from Norbert Elias to Wendy Brown.2 Except that these analyses are focused more on socio-economic structures and their influence on the individual than on what is felt by the individual himself. As a symptom, the literature of personal development and the tyranny of fulfilment associated with the genre thus indicate the degree to which affects have become a challenge involving governing and disciplining the populace, because what, precisely, enjoins us to be happier, healthier and more productive, and on what scale, furthermore, is all this measured?

When Simon Fujiwara produced the installation The Happy Museum in 2016, he demonstrated how much state companies and organizations are involved in this “happiness industry”, as diagnosed by the sociologists Edgar Cananas and Eva Illouz in their book Happycratie. With the help of his brother Daniel, an economist of happiness in his own right, the artist brought together a selection of objects marketed to increase the well-being of the populace and regarded as universal signifiers of well-being. The initial showing of the work in Berlin presented, under glass, a series of artefacts ranging from boxes of Kinder chocolate to teats bearing the Mercedez-Benz logo, all so many transitional objects entrusted with the brief to send the city gambolling to the top of the famous listing of cities with the highest level of well-being and happiness—all in all, a factor of attractiveness for establishing businesses. Through this museum, which he adapts to the local setting with every new presentation, Simon Fujiwara carries on the work of  “narrating” the contemporary undertaken with his early auto-fictional works. With Welcome to the Hotel Munber (2006-), he re-wrote his family story and set it in a hotel in fascist Spain in the 1970s, whose architecture acted as a backdrop for his performances. In 2009, at the invitation of the artists Michael Elmgreen and Ingar Dragset, he presented Desk Job in the Danish and Nordic pavilions at the 53rd Venice Biennale. A complex installation unfurling in space the story of an ageing writer entangled in the attempt to transform his life into an erotic short story: an illustration, through the installation’s tentacular character, of a certain bankruptcy of the novel form itself.

These two works, to which we should add, using the same model, Rehearsal for a Reunion (with Father of Pottery) (2011), are emblematic of the early days of his output. If we can already gauge the gap with a more recent work like The Happy Museum, his exhibition “Revolution” at Lafayette Anticipations emphasizes a little bit more the inner development of his work. In 2016, he was already declaring: “My whole praxis is partly based on the deeply ambiguous feelings I have about narration and possibly even the desire to imagine a world in which it no longer exists”.3 Two years later, the blurredness becomes more precise; narration still exists, but now the novelist is involved with storytelling and the ageing erotic writer has given way to the dashing advertising man or the millennial whose life is organized along a timeline. So happiness is one of these structure-giving narratives that we have internalized and which steers our actions in the way that myth, religion and political utopia once used to do. “There seems to be a growing feeling within media, literary, and art theory that affect is central to an understanding of our information­ and image-based late capitalist culture, in which so-called master narratives are perceived to have foundered. […] Belief has waned for many, but not affect. If anything, our condition is characterized by a surfeit of it”, writes Brian Massumi in his book The Parable of the Virtual. “The power of belief is waning among most people, but not that of affect. Our condition is even hallmarked by its excess.”4

For the Canadian academic, who is also the author of the book The Politics of Affect, we fail to take the measure of this evolution, because for the moment we still lack the adequate theoretical vocabulary for describing it. Affects are muddled with emotions and perceived as the survival of the psychologism that post-structuralism undertook so fiercely to deconstruct. The fact is that, unlike emotion, affect is not related to the private life of the individual subject, it is immediately social. Affect is even more than that: it is “transversal”5 and its range, as such, goes beyond that of structures and systems. The “affective system” of late capitalism, Mark Fisher for his part points out, is based on the crisis of the “paternal” concept of duty replaced by the “maternal” imperative of “pleasure”.6 There is no doubt that late capitalism articulates a large number of injunctions by calling upon (a certain type of) health”, continues the English cultural critic. Except that: “There’s no doubt that late capitalism certainly articulates many of its injunctions via an appeal to (a certain version of) health. […] The problem is that only certain types of interest are deemed relevant, since they reflect values that are held to be consensual”,7 excluding mental health and intellectual development.

It seems hard to establish this fact without combining it with a certain pessimistic tone about the evolution of society. In 2016, The Happy Museum still left a hovering doubt about a certain cynicism, a cynicism which, incidentally, was reproached at the 9th Berlin Biennial, which was exhibiting the piece at that time. If, as Mark Fisher writes, “morality has been replaced by affect”8, how are we to gauge this paradigm, without letting our vision of things be coloured by a nostalgia for bygone things? In his later works, however, Simon Fujiwara abandons the simple observation and, conversely, develops systems aimed at fully embracing the complexity of this new deal. “I think a lot about the place of an artist today. We’re living in a time where everyone is an artist and a creative, that’s how everything is branded. For me it’s about reflecting on exactly this shift. I have to find ways to turn it around, because I can’t make subjective works that rely only on me being interesting and interested in something. To prevent people from checking their phones in the exhibition, I have to become a bigger monster than the monster, and there are very simple, technical ways to do that”, the artist explained when encountered at his Paris show “Revolution”.

At Lafayette Anticipations, he is presenting his latest work, the simulator Empathy I. Shown in September 2018 at the Esther Schipper gallery in Berlin, and now freely accessible in the foyer of the foundation, this is a system devised for two people which visitors have access to after taking a ticket and waiting until their number comes up. As with theme park merry-go-rounds, which were a source of inspiration for the artist, expectation fuels the desire to imitate. Inside, the seats vibrate and jolt to the beat of video clips scrolling past on the screen, sampled by the artist on hosting platforms for private content. We are inside a vlog (a video blog), the artist explains, specifying that he chose just excerpts in subjective camera, and we physically sense the difference between a hand-held camera, a Gro Pro, and a drone. As far as the editing is concerned, this was done in the wake of a whole series of tests carried out on a panel of volunteers, so as to prevent any critical hindsight during the viewing of these three minutes or so. You are the bride in tears kissing her new husband. You are the hero who saves a refugee from drowning in the thick of a storm. You career at full speed pushing a wheelchair on a road riddled with holes. You are the red-hot ball of adrenalin engaged in a fierce hand-to-hand fight. And when you emerge, you will be unanimous: what you have just experienced is life itself.

One mistake would be to think that Empathy I is trying to show that we are now only living inside images, and that these images block any so-called pure reality. This is not so. On the contrary, these particular images are as real as their referent, because they give rise to an emotion that is just as powerful, if not more so. The reality quotient is no longer outside us, but in us. Previously, Simon Fujiwara would perhaps have worked on the simulacrum of images, and we would have received his piece with this particular reading key, the one that was then available to us. Nowadays, the affective system can no longer be ignored. What Simon Fujiwara works on with this piece, but also with Joanne (2016), which we glimpse as we make our way through the foundation’s different levels, has to do with the system of affects and not that of images. The real issue, which becomes political as soon as it is couched, is not knowing why we prefer to live in the realm of images, because we cannot choose whether to escape from it or not. On the contrary, the issue involves how to bring to light the reasons which make us unanimously converge on the tourist attractions that the artist includes in the mixture of affects which, in the end of the day, will let us experience life itself. So we know, on the spot, that we shall see these sites less well than in photos, because all of humanity is converging on them.

“Korean tourists who fly to see Neuschwanstein castle in Bavaria are making a real economic choice. They could buy this or that to improve their daily lives, their comfort, and their standard of living”. Their choice reflects both the vital primacy of experience in all human beings at the same time as the orientation of this desirous impulse towards a goal that is as unique as people differ from one another. As he emphasizes on many an occasion, Simon Fujiwara does not pass judgment. The artist can neither fight against these flows of capital and affects with their all-encompassing power, nor can he get away from them. What he can do, on the other hand, is “work inside this phenomenon, complexify it”, so that the visitor can realize that critical attention must henceforth take into account the affects produced by technology as much as the bodies on which images act. The argument about the circulation of images in reality masks the deeper impacts on the reconfiguration of self-consciousness. Through mechanisms which, by exaggerating them, reproduce the cogs of late capitalism and the stimuli which get the subjects of this system to move (and be moved), Simon Fujiwara endeavours to bring in a more subtle distinction within a range of new sensations. To manage if not to get away from them, then at least to make a finer distinction between what stems from affect and what stems from emotion, which is to say, from the social fact and the individual fact.