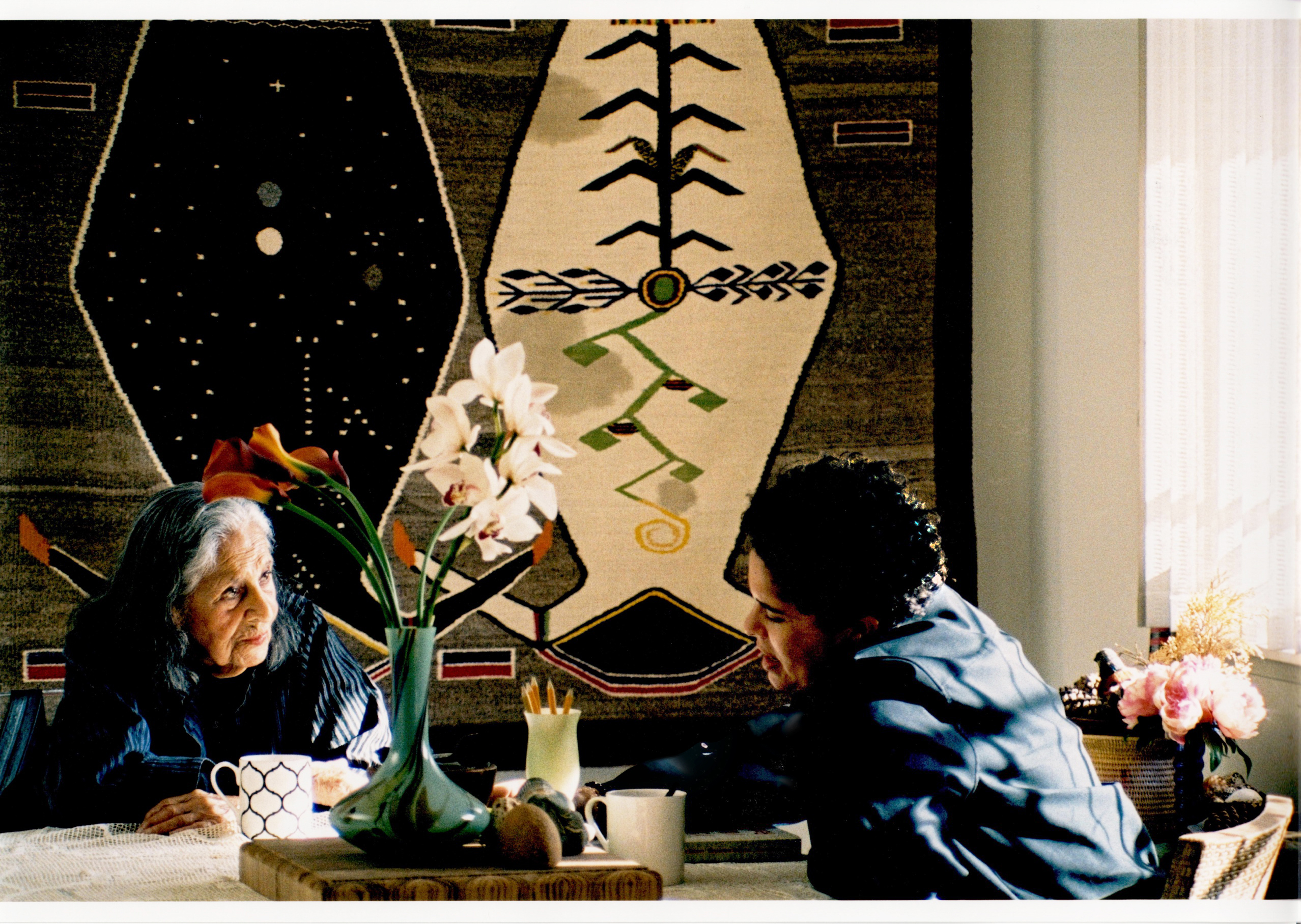 For the past thirty years, Tacita Dean (born 1965 in Canterbury, lives and works between London and Los Angeles) has developed a unique body of work using multiple mediums like film, sound and photography; drawing, printmaking and collage. “In her work, the artist regularly questions the relationship between the past and the present. The range of media she uses is always linked to time. Through her personal experiences, Tacita Dean captures moments of sensitivity,” explains Christophe Gallois, co-curator of the exhibition with Suzanne Cotter. Her work is marked by the presence of certain recurring motifs, such as trees and mountains, which enable her to address the question of landscape and the passage of time. The latter takes on an ontological dimension for the artist: “Take a sound, for example. Over time, it will continue to evolve according to so many factors. The question of time is therefore above all existential.” Tacita Dean also investigates history as well as the insignificant moments of existence. She regards chance as one of the foundations of her practice, and relies on uncertainty and unexpectedness to guide the final outcome of her work. She focuses on the conservation of film media, for which she is an activist, notably by creating the Safe Film Organisation, which promotes the techniques of the field of image and the issue of the exponential memory of images: “A world that does not forget is a world that is drowning in its inability to forget”, she explains. Mudam Luxembourg is honouring the outstanding art of this British artist with an exhibition divided into two parts, corresponding to two recent, unpublished projects and several variations. Taking up the two galleries on the first floor of the museum, the exhibition offers a comprehensive approach.

The East Gallery is home to the original works created for ‘The Dante Project’ premiering at the Royal Opera House in London in October 2021, a ballet devised by British dancer-choreographer Wayne McGregor to an original score by Syrian-born composer Thomas Adès. The works produced by Tacita Dean serve as the backdrop for the show, based on Dante Alighieri’s ‘Divine Comedy’, which recounts Dante’s journey through the three realms of the dead: Hell, Purgatory and Paradise, in three acts. They are presented here for the first time in this new configuration. Each act has its own medium: drawing, photography and film. The settings move from negative to positive, monochrome to colour and from representation to abstraction, achieving a flabbergasting result. “Inferno” (2019), the artist’s largest blackboard drawing to date, depicts a mountain range with inverted orientation and tonalities, as if the top were down and the bottom up, inspired by the icy environment described by Dante. The drawing is extremely precise. It depicts incredible details and plays on form.

On either side of this huge central room, a photographic ensemble, or rather exceptionally large format negatives, present “Purgatory”. The leaves of the Jacaranda tree, usually bright purple, appear green here. This altered perception of our world is reflected in “Paradise”, a 35 mm film made in 2021, the last work in the trilogy. It is shown here for the first time as an autonomous work, independent of the context of the ballet for which it was created. The soundtrack consists of a digital simulation of the orchestral score composed by Thomas Adès. Filmed in a widescreen format CinemaScope, ‘Paradise’ is a purely abstract film. It draws on the circular and planetary patterns described by Dante in Paradise. The intense colours are borrowed from the palette of the British painter and poet William Blake (1757-1827). They can be found in the ten silk-screen prints representing the planetary spheres on display in the corridor. To the right of “Purgatory”, on the other side of the door that gives access to the room, a small panel replicates Adam and Eve’s expulsion from Eden that Masaccio painted in 1424-25 on a pilaster in the Brancacci Chapel of the Church of Santa Maria del Carmine in Florence. Here, the scene, which includes only the two central figures, has been entirely painted in black.

The second part of the exhibition is based on the 16mm film “One Hundred and Fifty Years of Painting” (2021). The pavilion in which it is housed hosts, in a space that serves as an anteroom, two paintings by the two protagonists of the film, the artists Luchita Hurtado (Caracas, 1920 – Santa Monica, 2020) and Julie Mehretu (born in 1970 in Addis Ababa, Ethiopia, lives and works in New York), who were brought together through their mutual friendship with Tacita Dean. The film follows the off-the-cuff conversation between the two women. Sharing the same birthday, and aged one hundred and fifty between them in 2020, the two women speak freely about life, death, the experience of migration, motherhood and painting. The full transcript of their conversation can be found in the beautiful two-volume catalogue that accompanies the exhibition. The walls of the room in which the pavilion is located serve as a backdrop for the series of lithographs “LA Exuberance” (2016) and “LA Magic Hour” (2021), created from drawings, which reflect Tacita Dean’s delight in the Los Angeles sky. Six small pieces on slate, recent works that also have the Los Angeles sky as their theme, complement the ensemble.

Tacita Dean’s work is nuanced and deliberately multi-faceted, both chthonian and heavenly, combining ethereal and celestial qualities. From Dante’s Inferno to the Californian skies, the artist verges on the sublime.