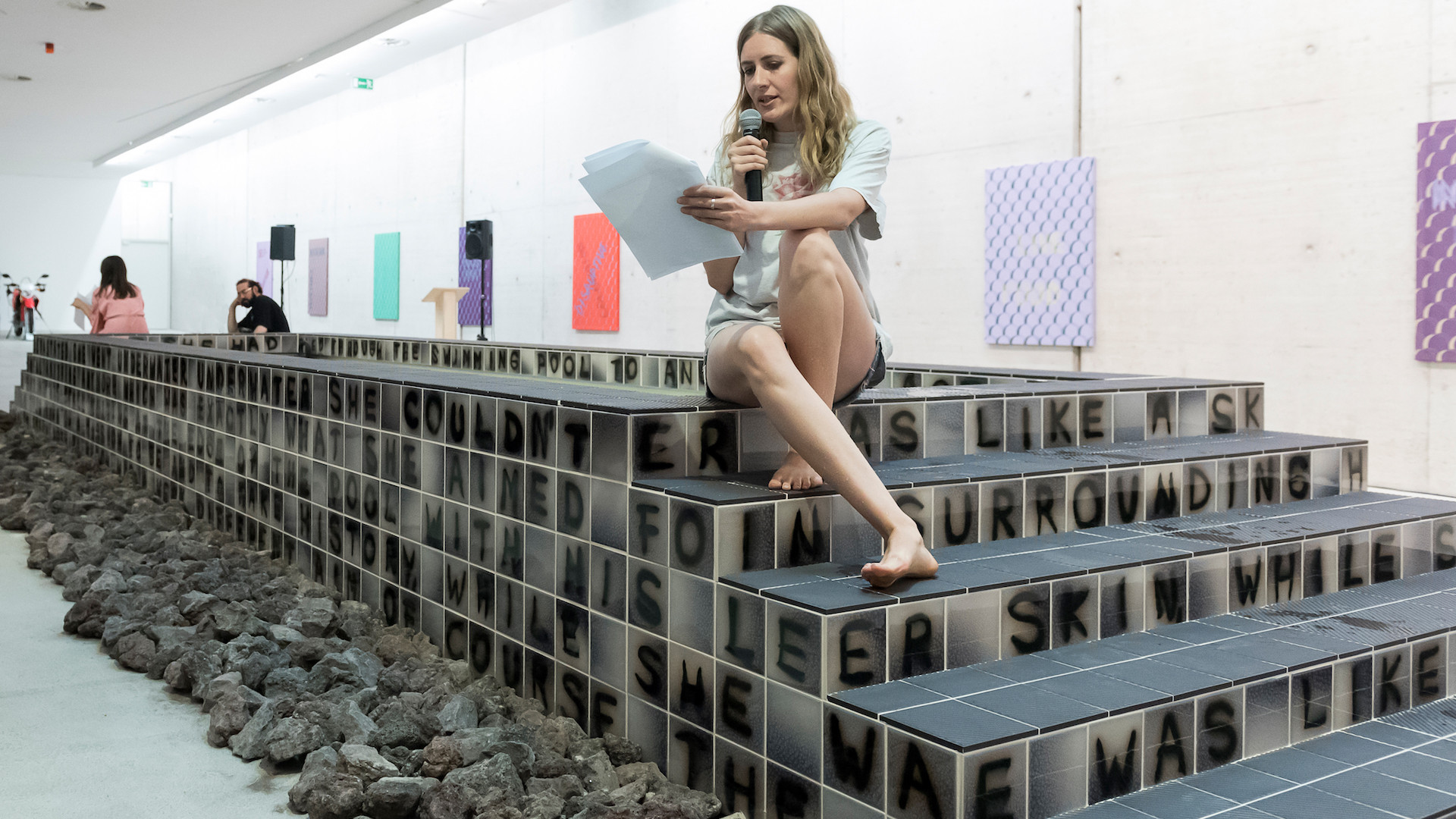 The thick viscous drip of honey from a spoon contains not only the promise of sweetness, but an abject stickiness that captures errant breadcrumbs, dust, or bits of hair when its flecks pool on the kitchen counter or the side of the honey jar. In his writing on honeycomb, whose construction he sees as a metaphor for misunderstanding and communication difficulties, Jacques Lacan notes, “Honey is either very hard or liquid. When it’s hard, it is very difficult to cut because it doesn’t have any natural breaking points. If it’s very liquid, then it gets all over the place—I assume that you’ve all had the experience of having honey for breakfast in bed.” In other words, honey is a sensual pleasure—and a mess.

The prismatic hexagonal form of the honeycomb is a reoccurring formal and metaphorical motif in German artist and poet Natalie Häusler’s exhibition “Honey”. Häusler, whose practice conceives of spaces and environments in which language and objects organically come together, has transformed the subterranean spaces of Düsseldorf’s Kunst im Tunnel into a pleasure garden of sorts that brings together a host of references including the French medieval poem Romance of the Rose, female sexuality, the Lebensreform movement, and California esotericism. 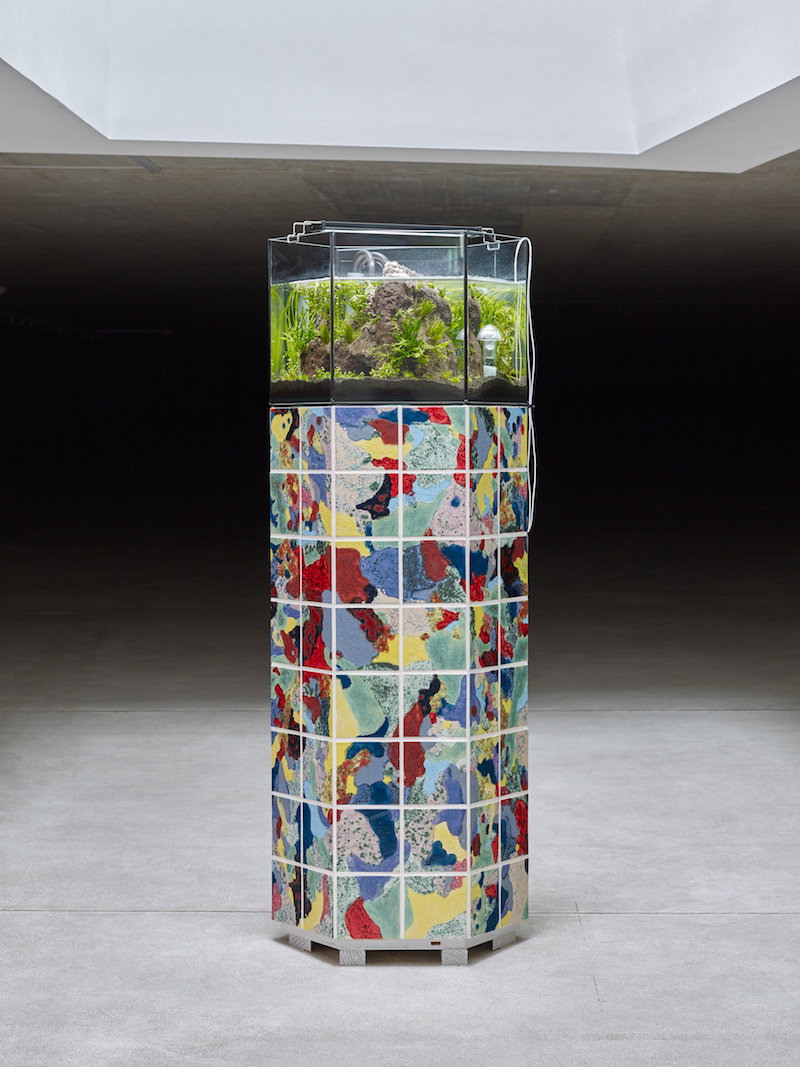 One of the quietest gestures in the exhibition, The Bird, tells time through the sweeping movement of peacock feathers. Siebdrucke, a suite of prints that encircle the main exhibition space, depicts random word pairings from The Dictionary of Ecology and Environmental Sciences with phrases like “indifferent species,” “sensitive clay,” “self-pollination,” and “industrial melanism.” These same phrases appear again among recordings from a California hot spring in the sound installation Ecology: Sunrise of the Heart, which can only be heard when standing upon a honey comb-shaped platform covered in protrusions that the artist cast from natural materials like stones, branches, algae, underwater plants, and fragments of honeycombs.

The centerpiece of the exhibition is a knee-deep wading pool entitled Bethsabée Reste Au Bain. This reinterpretation of the 19th century Kneipp bath, a popular form of hydrotherapy invented by the Catholic priest Sebastian Kneipp that is still in use today, becomes the setting for a poem inspired by the biblical tale of Bathsheba and King David. Dun colored tiles cover the narrow, low-slung pool, which is surrounded by rocks. An excerpt from Häusler’s poem, which also plays as a sound work on wireless headphones on either end of the pool, encircles the structure, one letter per tile. The introduction of text in the installation is far from ornamental or decorative, instead the black free-hand writing gives the impression of a desperate graffiti, a message left by those who have abandoned this place.

In the artist’s retelling, rather than succumbing to David’s advances at the edge of a pool, Bathsheba dives to the bottom only to emerge in the infinity-shaped space of Paris’ Orangerie. This sensual gesture of refusal via immersion is at once an act of empowerment and radical presence, a form of knowledge and knowing that can only take place through and with the body, which Häusler captures in one of the poem’s most evocative passages: “The water was/ like a skin surrounding her skin,/ while she was/ like a gap within this liquid,/ her body an interruption of the allover./ She knew well then/ how to make use of her solid state,/ and finally felt/ that she understood/ the advantages of being/ a lump of flesh,/ feeling the contact/ with each thing in a different way,/ and feeling herself differently/ depending on what she was touched by.” Immersion could be described as the feeling of being so completely present that you are transported to another place: a perceptual crossroad of sorts in which every day phenomena envelop you and anchor you in the now. As literary scholar Daniel Heller-Roazen notes in his exploration of what he calls “the inner touch,” our sense that we are sentient, “this ‘now’ is the sole element in which different sensible qualities perceived by the soul may meet. A present coextensive with perception as such, it is the time indicated in its barest form, in the ‘and’ of the ‘the white and the sweet’ or the ‘dark and the sour.’”[1] Indeed, Häusler’s “Honey” is both sweet and sour, reminding us of the pleasures of nature and the flesh as well as their fragile transience. 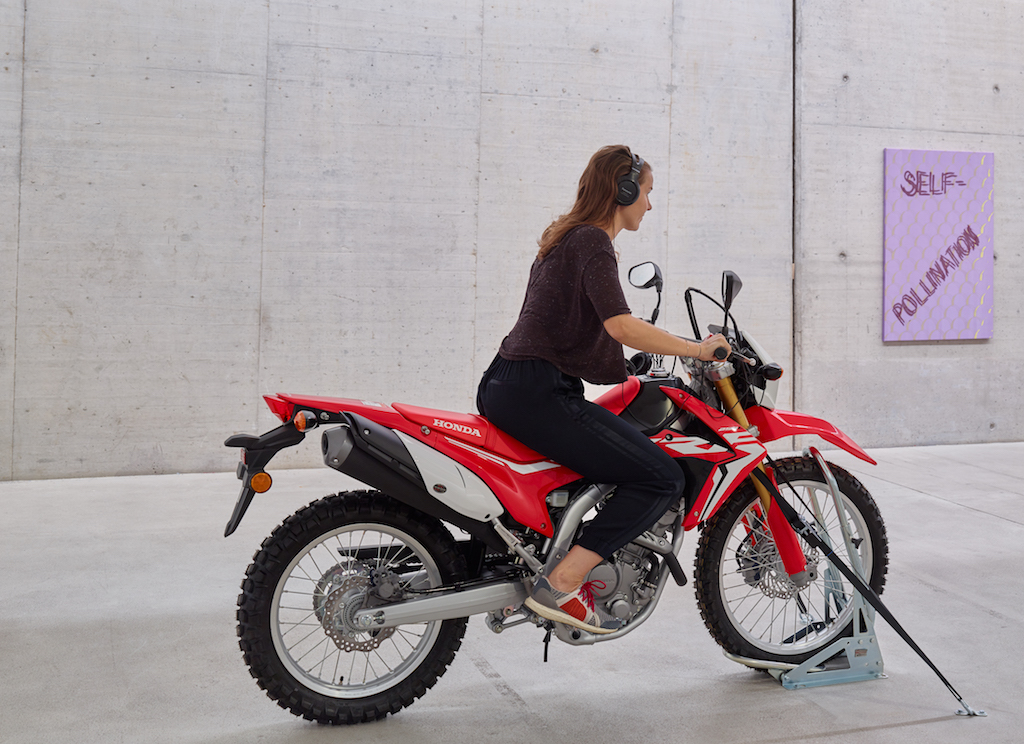