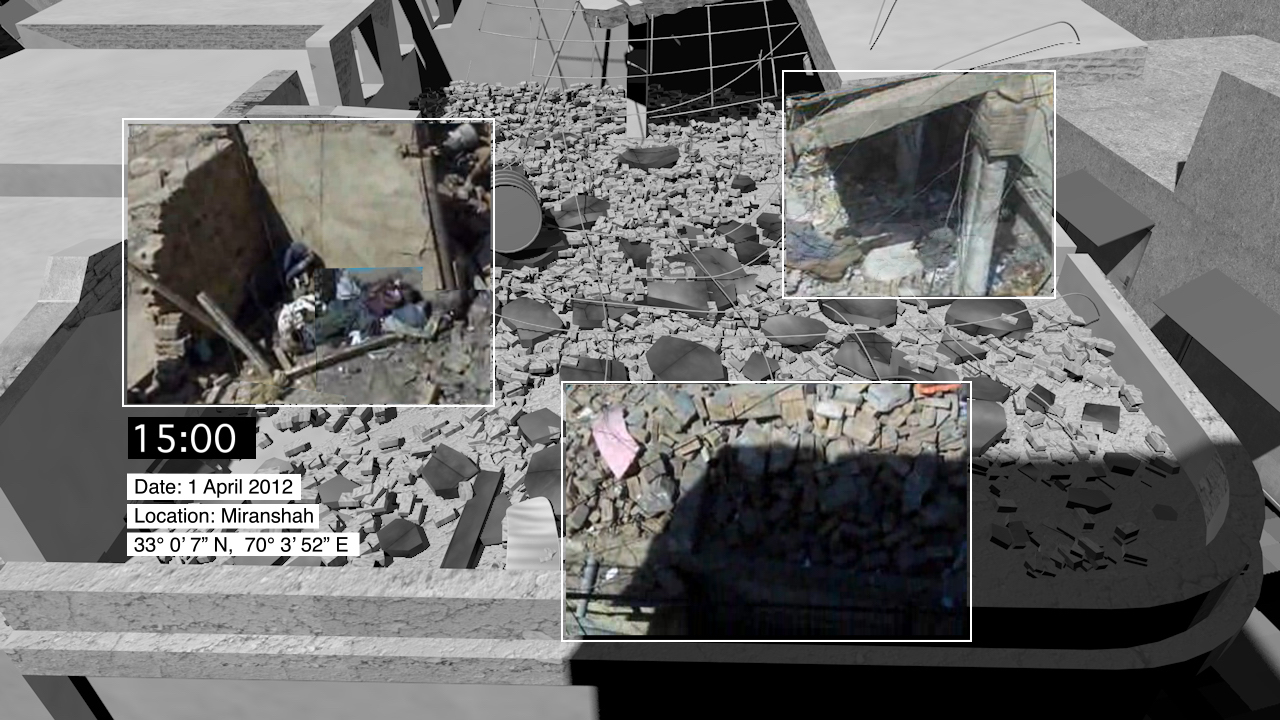 Judging by the suspicion floating over the image since digital retouching has become run-of-the-mill, imagery has had some bad press, and its probationary virtues have ended up assailed, ousted by the truth of DNA. As if the quantified invisible had thus taken precedence over the visual document. If “Images of Conviction. The Construction of Visual Evidence” makes no comment on the present-day situation of the duties, ethics and expectations we have with regard to images, it has grabbed the chance to compile contemporary research into their value as proof, from the foundations of modern criminalistics, with Bertillon and the Swiss Reiss, to the video autopsies carried out by Forensic Architecture. At the same time, at the Wellcome Collection in London, an exhibition was focusing on the intellectual and visual construction of  forensics, that investigatory science that has given rise to nothing less than a contemporary multidisciplinary culture, exaggerated on TV with C.S.I (Crime Scene Investigation) and turning the viewer into an expert. “Forensics: The Anatomy of Crime” has chosen a very different tack from that of Le BAL. Precisely where this latter works by case studies (with the risk of toppling over into a perception akin to a trivial news item), the British have dissected the corpus of litigation based on functional themes, from crime scene to court, by way of the cold case kind of field investigation. Another difference: where Le BAL prides itself with offering a show without works and without artists (in a somewhat dubious press release which rekindles the discussion about the ‘artification’ of the document, especially when images like those of Rodolphe A. Reiss’s are considerably enlarged when printed), the Wellcome Collection combines a precise history, rich in examples of every kind, with formidably well selected contemporary works. The Cluedo at work is thus peerless. So in the two most successful rooms, “The Crime Scene” and “The Search”, we come upon the pictures of Angela Strassheim, an erstwhile professional crime scene photographer, returning to the places where bloody crimes were committed to photograph with luminol the traces of past assaults, which current occupants knew little or nothing about. 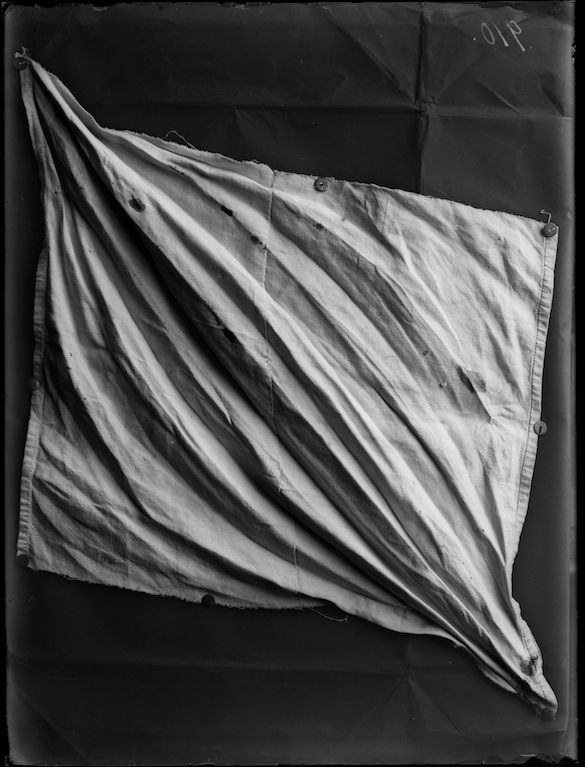 Thus reviving photography’s ancestral powers of revelation, Strassheim offers an at once magical and frosty image, questioning memory and the virtues of forgetting. Teresa Margolles, a former forensic expert, for her part presents several pieces, including a 66-minute sound recording of an autopsy, while Sally Mann was the first civilian to visit and photograph the “Body Farm”, where the police observe the action of insects on decomposing bodies. In addition to the evident (and nevertheless indispensable) presence The Innocents (2006) by Taryn Simon, some pieces offer the most stimulating of reflections. Christine Borland has thus produced a stunning work (Second Class Male/Second Class Female, 1996): well before the ordinary fellow can no longer come by human bones (Human Tissue Act, 2004), the British artist had obtained two skulls by mail order. Subsequently, with the help of experts, she tried to recreate the faces of this unknown man and woman who had bequeathed their bodies to science. The bronze portraits pay tribute to these deceased persons who have become second class medical “equipment”, and summon the virtues of a science that repairs consciousness. The London show pertinently demonstrates the shift of systems, methods and challenges of forensics even in contemporary art praxes being currently gnawed at by the challenges of authenticity, while at the same time exploring the jewels of literature and cinema, without this ever becoming a carryall. It patiently combines a liking for the macabre with ethical issues, and the imagination of proof with a belief in a scientific truth. 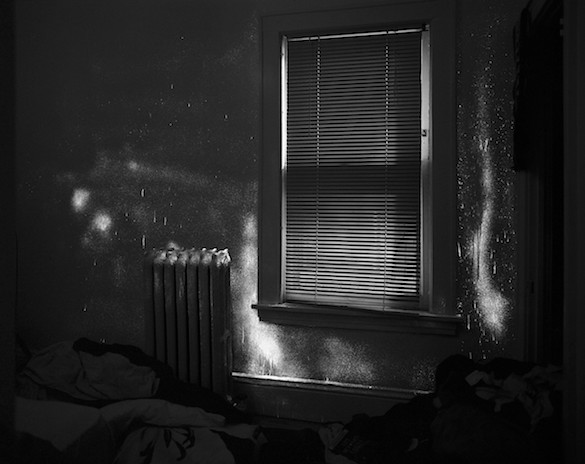 In getting to grips with case studies, Le BAL offers something more like a shrewd digest of current research, but without showing up what makes it topical and gets it to converge. From the rooms to the catalogue, the approach operates by corpus: more historical on the ground floor with Bertillon, Reiss and the matter of the Turin Shroud, where the image of Christ was revealed by photography, then more contemporary on the floor below. The most relevant cases are those explored by Christian Delage’s film and research about the Nuremberg Trials with the use of visual proof as incriminating evidence (Nuremberg, les Nazis face à leurs cimes, 2006), as well as the fascinating dissection-reconstruction of a drone attack in Pakistan by Eyal Weizman and Forensic Architecture (Decoding Video Testimony Miranchah, Pakistan, 2012). In this video, the investigation unfolds from surveillance images to attest to a remote-controlled attack, to the UN special rapporteur on human rights and the war on terror. This collective, which exhibits both at Portikus (Frankfurt) and at the Sharjah Biennial, as well as the HKW in Berlin, does not burden itself with discussing whether its productions are works or not. Its goal is to reveal a truth. To incriminate or justify acts. It is incidentally worth remembering that the Latin word forensis refers to the forum, the Roman agora, where rhetoric reigned. This is perhaps why “Images of Conviction” lacks the eloquence of its London sister show, for it does not have that desire to persuade the visitor, and articulate the images and objects with a pitch. Le BAL has probably set too much store by its images (kept in the field of specialized use), forgetting the effectiveness of an articulation with the rhetoric and power of the imagination, to reach the target. 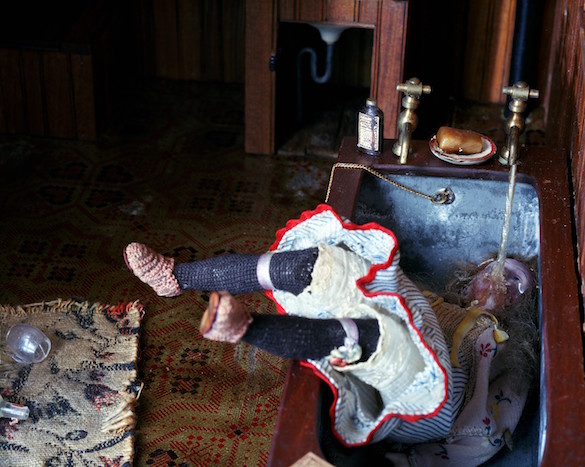