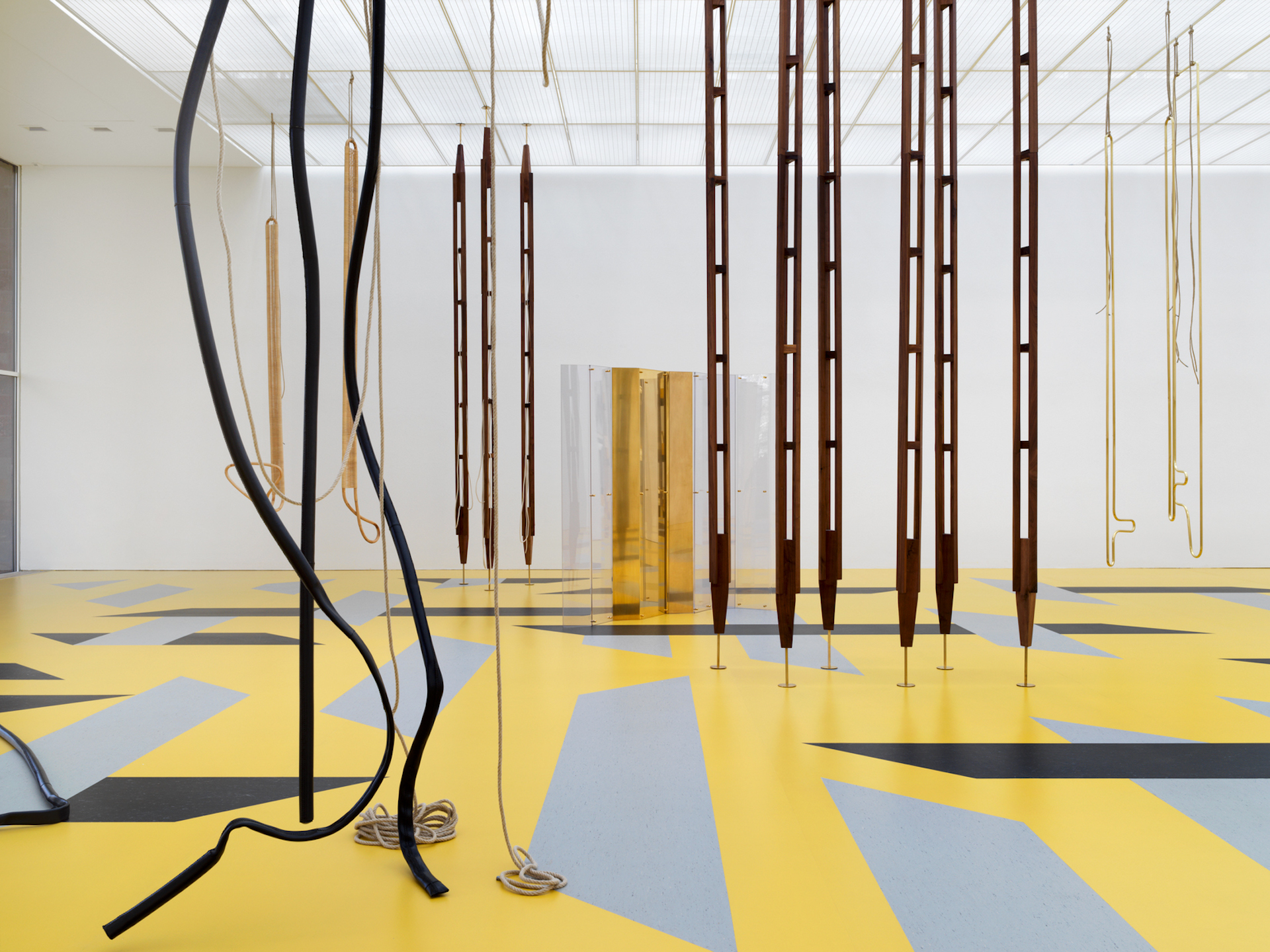 For its Autumn exhibition, the Fondation Beyeler has brought together the work of five internationally renowned women artists, born between 1956 and 1972, around a classical notion, philosophically as vast as it is indeterminate: that of “space”. While “Resonating Spaces” certainly has the merit of providing a counterweight in a programme mainly aimed at big male names, the Swiss institution prefers not to go too far in considering the possibility of an intrinsic specificity to these different apprehensions of space. However, the first question that arises is the following: why design an exhibition around such a notion by inviting exclusively female artists? Should we see a relationship between the way Leonor Antunes, Silvia Bächli, Toba Khedoori, Susan Philipsz and Rachel Whiteread approach space and female gender? If the curatorial position in this respect remains unclear, it seems obvious that combining the notion of space and that of femininity is not an insignificant operation since it is a relationship that, since the 1970s, has been the subject of considerable discussion since the famous 1972 exhibition “WomanHouse”. Organized by Judy Chicago and Miriam Schapiro in an abandoned house in Los Angeles, this first feminist art project aimed to treat domestic space as a patriarchal product and question the genealogy of the distribution of space between public and male space on one side and domestic and female space on the other. However, if the attitude of the five artists presented in “Resonating Spaces” could probably not be described as openly feminist or politically engaged, the hypothesis of a link between gender and a certain way of approaching space nevertheless seems possible. Space is the prerequisite for any identitarian construct, it never exists in an abstract way but always in relation to a body. The exploration of this subject through the work of five female artists thus inevitably raises theoretical issues that manifest themselves here more in work involving forms and matter than in political statements or slogans.

Despite the differences in approaches, interests and geographical contexts, the works of Leonor Antunes, Silvia Bächli, Toba Khedoori, Susan Philipsz and Rachel Whiteread all converge towards a singular relationship to the imperceptible. Their work mobilizes a broader sensory perception, adressing the body, hearing and the viewer’s personal ability to reminisce. The absence of a body that runs through all the works requires a foreign body, that of the spectator, who is always fully involved. This involvement could be compared to that described by Lucy Lippard in her text “Eccentric Abstraction”, published in 1966 in Art International. Lippard uses the expression “eccentric abstraction” to refer to a set of works— including some by Louise Bourgeois, Eva Hesse, and Alice Adams—which, in contrast to Minimalism, “interfere with that part of the brain which, stimulated by sight, experiences the most powerful physical sensations”.1 For the art critic, it is women artists in particular who have redefined the canons of Minimalism by injecting a sensual and emotional dimension into it.2 This sensitive involvement of the viewer is reflected in the sound pieces of Scottish artist Susan Philipsz (1965) who opens the path in an intimate and almost imperceptible way with Filter (1998), a work that broadcasts her voice singing without musical accompaniment, in the Fondation’s lobby, or in her immersive installation The Wind Rose, which, in the most active way, develops her research around the power of sound to affect our perception of space. Drawing from her study of representations of wind in art, literature and architecture, Susan Philipsz occupies the empty space of the exhibition hall just with sound and prompts viewers to become aware of the space and architecture around them. Rachel Whiteread (1963), on the other hand, materializes the invisible, the uncommunicable, through a process of impression taking and moulding empty spaces of buildings and everyday objects. Her sculptures speak of the strata of memory in a way similar to the drawings made on large sheets of paper covered with wax by the Australian Toba Khedoori (1964). These drawings, wavering between abstraction and figuration, immerse the viewer in unreal urban and architectural worlds while the materiality of the wax in which traces of dust are fixed brings them back to the space of the studio. The drawings by Swiss artist Silvia Bächli (1956) differently illustrate a very physical relationship between the work and the artist. Her abstraction is intimately corporeal since her lines are realized in a single stroke without stopping or repeating. Bächli’s work on the line resonates with the linear sculptures of Portuguese artist Leonor Antunes (1972), inspired by the idea of soft sculpture found in Lygia Clark’s or Eva Hesse’s works, which create organic forms sensitive to the drafts produced by the visitor’s body.

If there is a specific feature to be found in the works of Antunes, Bächli, Khedoori, Philipsz and Whiteread, it must be the fact that they are not limited to talking about space but become space themselves. Minimal in appearance, these works undermine the masculine austerity associated with this movement, implying a powerful emotional, corporeal and memorial commitment. It is up to us to experience them, to fill them but also to let ourselves be filled by them.