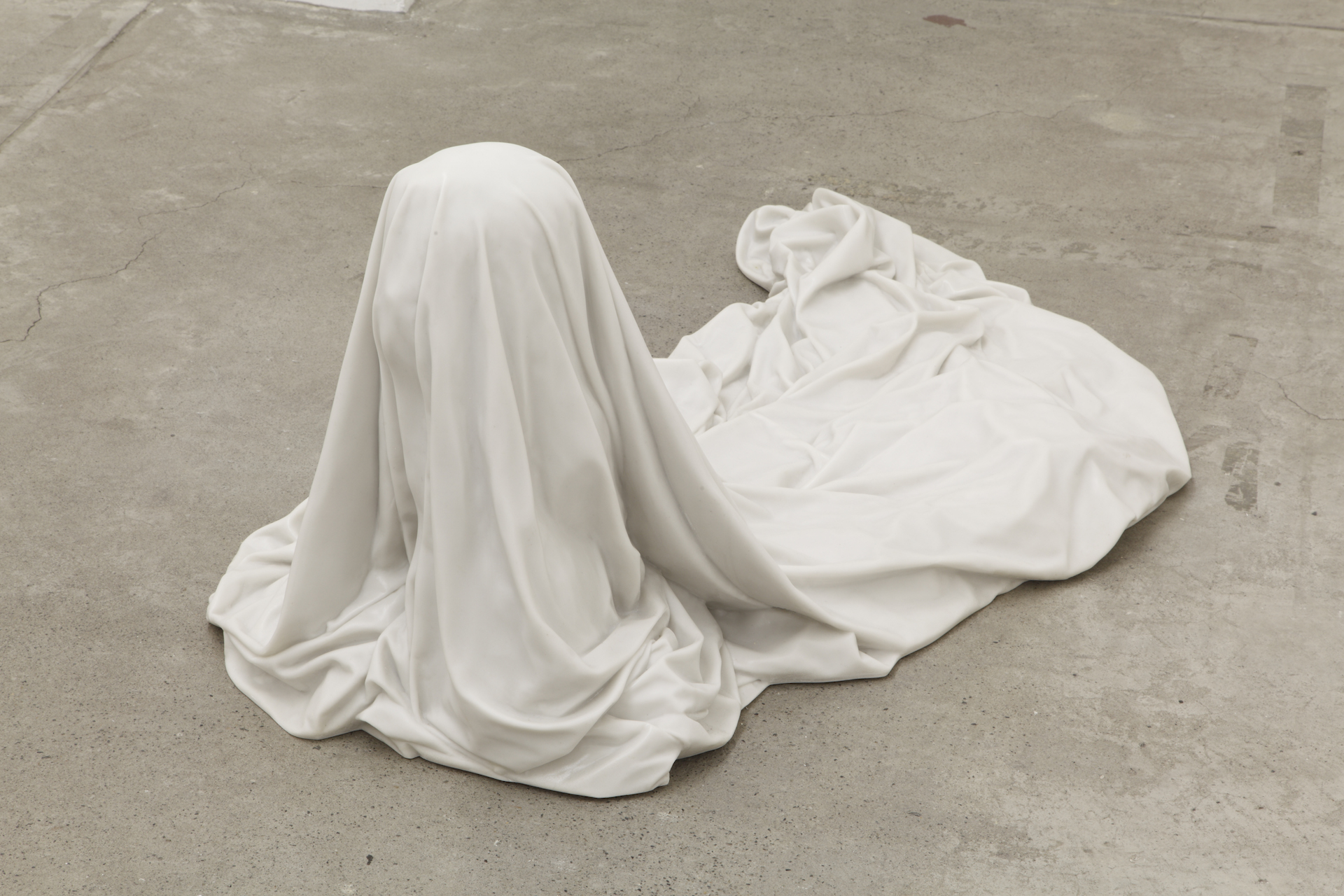 After becoming head of La Panacée in early 2016, the art critic Nicolas Bourriaud, co-founder of the Palais de Tokyo and former director of the Paris School of Fine Arts, together with the art centre’s team, is developing a programme of exhibitions and productions which highlights French and international artists and curators. In 2017, La Panacée became one of the members of the MoCo—a meta-structure which also includes the Advanced School of Fine Arts in Montpellier and the future Museum of Collections housed in the Hôtel de Montcalm—due to be inaugurated on 29 June 2019. Now at the helm of these three vessels, Nicolas Bourriaud, with the help of the current teams, is introducing powerful bonds between each component part, as they mutually enlighten and nurture each other. To celebrate the opening of the Museum of Collections, the MoCo will be presenting “100 Artists in the City”, an exhibition which will span the whole of downtown Montpellier, as well as Sète, a neighbouring city that is partnering the event.

We are on the eve of the opening of the Hôtel de Montcalm, housing the Museum of Collections, the latest member of the MoCo, the Montpellier-based EPCC (Public Establishment of Cultural Cooperation) that you have been running since late 2016, and which includes the art centre La Panacée and the art school, ESBAMA, which has become the ESBA-MoCo. Would you like to go back over the genesis of this three-pronged project, and the tasks you took on when you arrived at the head of the EPCC?

I arrived in Montpellier late in 2015, on my own, with the initial brief to devise a contemporary art venue in the Hôtel de Montcalm. The mayor and president of the metropolis, Philippe Saurel, just gave me two briefs: create an innovative institution, and fit it into an “art circuit” in the city. In early 2016, with the departure of Frank Bauchard, I took over the artistic direction of La Panacée, which, at that time, was a cultural centre devoted to new media. Then setting up a link with the rather isolated art school seemed somewhat obvious as meeting followed meeting. On both sides we saw the dynamic that a merger could offer us. So I had all the pieces of the puzzle. All that remained to do was come up with a coherent package, and use it to full advantage to invent a multi-functional institution. Instead of creating a public establishment from scratch, I incorporated La Panacée within the ESBAMA, which gave meaning to the notion of “cultural cooperation” contained in the title… I became the head of this new institution from the day it was created, and this blending of energies lends the opening of the Museum of Collections a whole other scope than if it had been conceived all on its own.

You have had to define the working methods and kind of relations which would be established between La Panacée and the art school. For you, what were the challenges of this pooling and what tangible actions have been taken since the reshaping of these two institutions within a shared structure?

All this comes from certain observations: on the one hand, the Montpellier metropolis needed a dynamic institution capable of  bringing people together, rather than a mere museum venue. There’s a lot of energy here, but there was a tendency for everyone to stay in their own corner. For example, the only event I have hung on to from the old La Panacée programme is “Drawing Room” (which will soon become “Boom”), an initiative involving Montpellier’s association of art galleries. Rather than being a one-function art centre, focusing on exhibitions, we have built a sort of generator that runs through the historic city, and ranges from training to collecting, by way of producing, exhibiting and mediating art. The mayor and I have agreed about another factor: this institution must rely on the city centre, on a dynamic involving the rehabilitation of venues rather than the construction of a logo-architecture setting itself up on the city’s outskirts. The idea was to bring in a new generation of institutions, more open to their context: a whole ecosystem rather than a single building. A horizontal object rather than a tower. And lastly, we agreed that the whole concept should contribute to the regeneration of the local art scene. This is the logic of village versus shed, if you like… In tangible terms, the artists and thinkers coming for the art centre also pass by way of the school, and students can work with prestigious teachers, be it in the form of workshops or studio visits. In return, the school’s curriculum includes the participation of students in the institution’s general life. We also have a student residence, located above La Panacée, where about 25 students from the school of fine arts live.

On 29 June 2019, the Museum of Collections will round off the programme introduced in 2016 with the art school and La Panacée. While the school trains artists and people from the art world in the offing, and while La Panacée presents projects put forward by artists and curators, grappling with the latest political and artistic issues, the Museum of Collections is designed to put on major temporary exhibitions, based on collections from all over the world, even though it does not itself have its own collection. Can you tell us what will differentiate it from the La Panacée project, and what curatorial line will govern the way its exhibitions are conceived?

In this organisation, La Panacée will still be an art centre, meaning a place of production and exhibition, more specifically dedicated to emerging artists—incidentally, this autumn we shall be putting on three solo shows of the work of Ambera Wellmann, Caroline Achaintre and Estrid Luz. The programme of the Museum of Collections, as its name suggests, will be devoted exclusively to exhibitions coming from private and public collections. These won’t be mere presentations, but rather curated exhibitions, with a specific viewpoint about a particular collection.

The idea consists in emphasizing the distinctive nature and the motifs (aesthetic and other) contained in every collection project: what it has to tell us, in a nutshell. The easy thing would be to start with standards, like Rubell or Pinault, but the first show, curated by Yuko Hasegawa, is based on a personal and private Japanese collection, and a very specific relation to the artists, because Mr. Ishikawa has also, for example, created the Okayama Triennial, which he has entrusted this year to Pierre Huyghe. There are a certain number of masterpieces in his collection, including an outstanding series of On Kawara’s Date Paintings. As a general rule, we will focus more on atypical and unusual collections, or on a little known aspect of a larger collection. And in the autumn we shall be presenting a public Russian collection which is totally unknown because of its turbulent history: I’m referring to the famous Tsarytsino Collection, put together by Andrei Erofeev in the 1980s, with a view to setting up a contemporary art museum which never saw the light of day… I’ve asked Andrei to propose an exhibition project based on this collection, which has been dormant in the Tretiakov gallery reserves for some twenty years: it contains the entire history of contemporary art in the USSR, and then in Russia. To sum up, the Museum of Collections will broach the (expanding) world of collections from a less conventional angle than that of the art market. Far from celebrating mega-collectors and art market stars, we are keen, on the contrary, to show that the activities of collectors, public and private alike, are bound up with representations of the world. The Museum of Collections will offer viewpoints squared…

“100 Artists in the City” is the event which will go hand-in-hand with the inauguration of the Museum of Collections: devised to be staggered over almost two months, each show will have its own time-frame and its own space. A hundred artists and collectives will thus occupy Montpellier’s public places, where they will exhibit hitherto unshown works, and perform actions specifically conceived for the event. In addition to the desire to accompany the opening of the Hôtel de Montcalm, what has steered your choices in the preparation of this event?

When I arrived in Montpellier, I found out about an exhibition that had been held here in 1970, curated by four artists belonging to the ABC collective, namely Vincent Bioulès, Tjeerd Alkema, Jean Azémar and Alain Clément. They had invited a hundred artists, no more no less, either to produce projects in the city centre, or to exhibit their works. Shortly after that discovery, the mayor asked me to think about a show suitable to put on around the inauguration… How could you better accompany the opening of the Museum of Collections than by paying tribute to that exhibition format for a show that is part of the city’s history? So I tried to respect its DNA: focusing on the French scene (but including many more local artists than in 1970), it will be just as eclectic, because the original event included not only the Supports/Surfaces artists, but also Ben, Anselm Kiefer, Christian Boltanski, Annette Messager, Vladimir Velickovic, and Sheila Hicks… “100 Artists in the City” will also be a circuit, going more or less from the Museum of Collections to the School of Fine Arts, by way of La Panacée, where we will be showing the Hou Hanru exhibition, “La Rue”. And this circuit crosses Montpellier’s historic centre, which is—even if few people know this—Europe’s largest pedestrian area after Venice. This open air exhibition has also given us a chance to work with people involved in Montpellier’s art world, and to lay the foundations for a local artistic community.