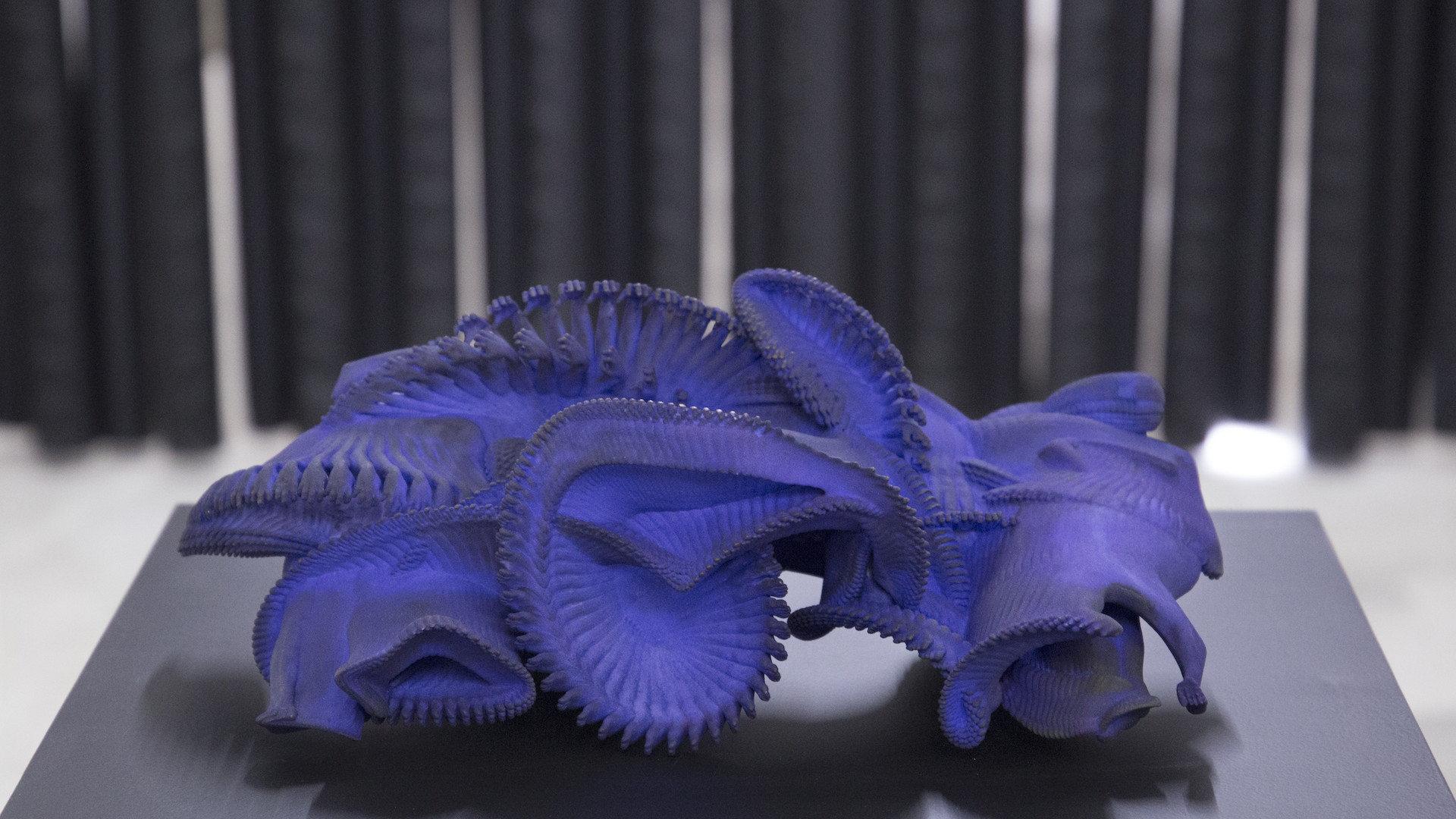 For four months, Christophe Berdaguer and Marie Péjus are occupying a whole floor of Le Panorama and La Friche la Belle de Mai, the old tobacco factory that has become an emblematic cultural and artistic centre in Marseille. Resulting from a lengthy process specifically conceived for the venue with the curator Sandra Adam, the exhibition is governed by a set of “invisible communities” incarnated by new works, some of which turn out to be new versions of already existing works; as such, it re-kindles figures and forms belonging to the netherworld and the world of the past, in a broadly visionary and metamorphic spirit. So what is involved here is not so much a retrospective as a markedly interconnected, reticular resurgence inviting us to take dream paths, and go beyond the limits of the human and the living to try and get in touch with the other, whatever and wherever it may be. 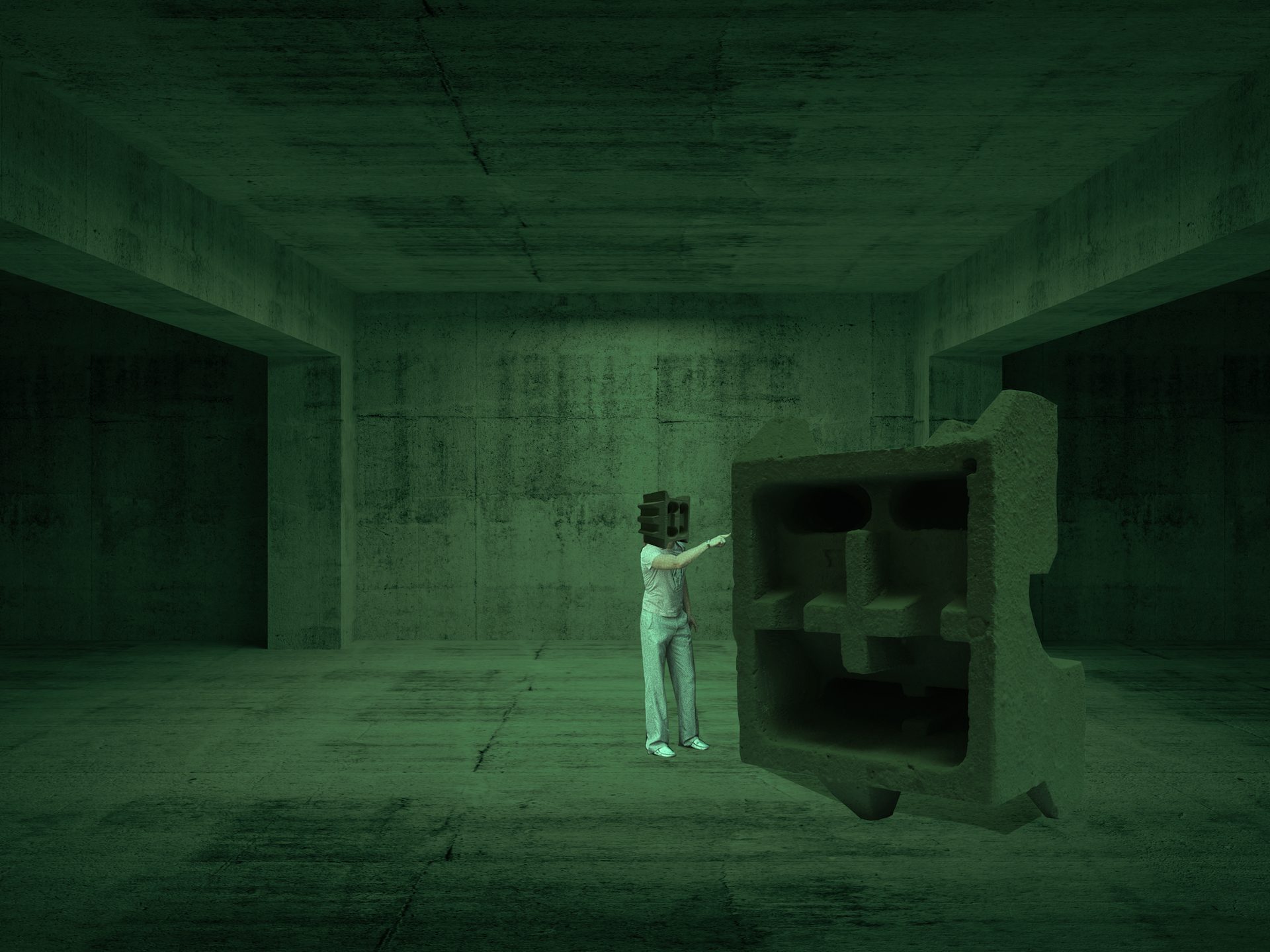 To start with, could you go back over the project’s genesis and preparation, in terms of both its process, which is particularly stretched over time, and its procedure, which is quite unusual?

Every exhibition has its own history and space, data which one has to come to terms with. The exhibition “Invisible Communities” is in fact a bit special on different levels, in particular because of the time-frame of its construction. In a way, its point of departure is the meeting we had with its curator, Sandra Adam, at the exhibition “The Masters of Disorder”, held in 2012 at the Musée du Quai Branly in Paris, which she also curated together with Jean de Loisy. Our shared interest in architecture and anthropology gave rise to a dialogue which formed the loam of this organic and process-based project, focusing especially not so much on making the works visible in and for themselves, as on the way in which they affect (one another) and hold together. Brought on by this long time-frame, the idea was to present the exhibition like a kind of daydream, a slightly daze-like state, at the mercy of a floating exchange conducted in an “expanded” and perforce modified work atmosphere. That time—almost one of incubation—made it possible to multiply a whole host of layers, ideas and images, and arrange them (or not) among themselves, like so many catalysts of these “invisible communities”. 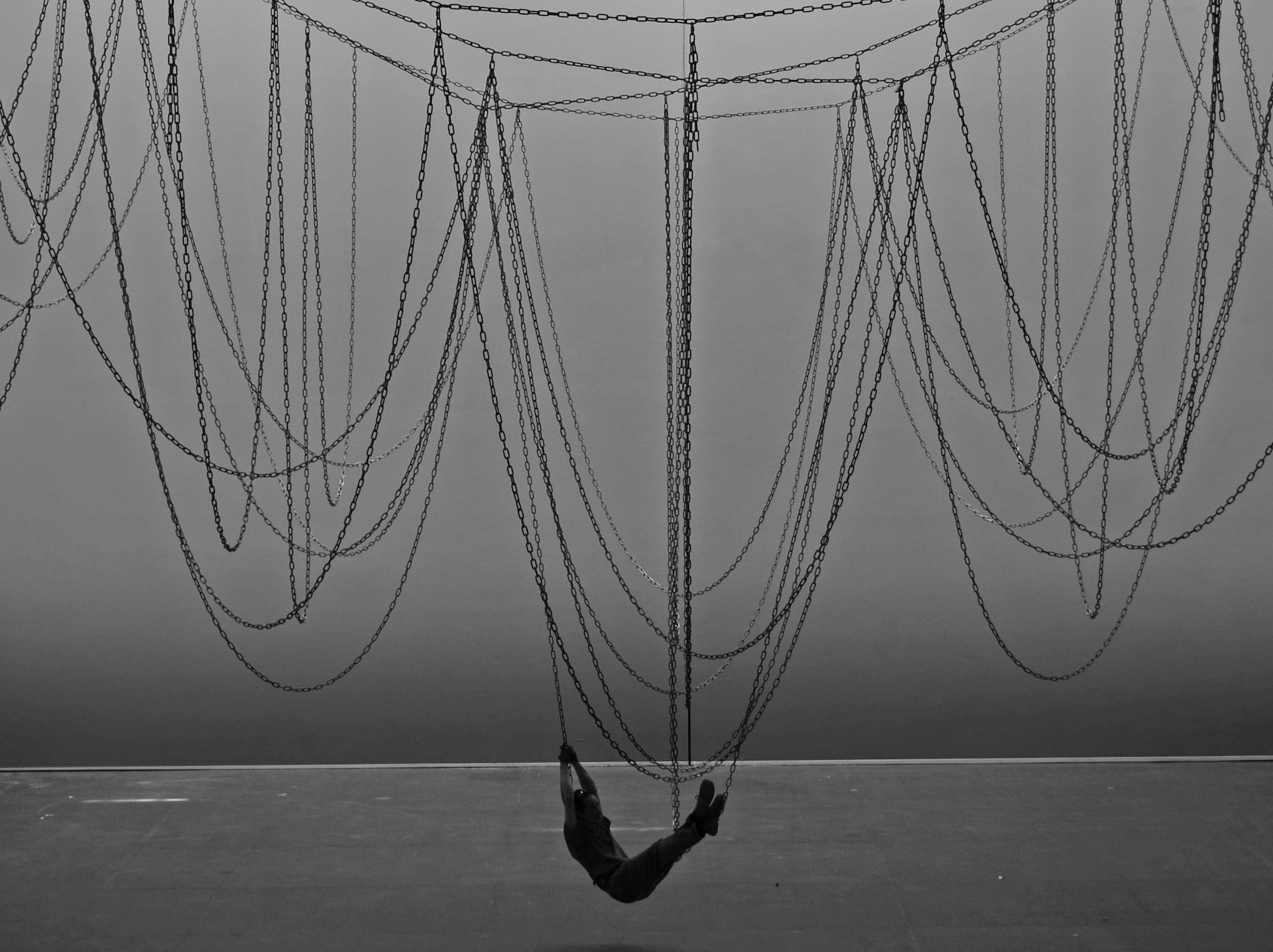 What (and/or whom) do these “invisible communities” relate to here, if not the title, singular this time, of one of your works dating back to 2012, which consists in a set of fifteen chairs based on the photographic archives of a libertarian design experiment undertaken with Neapolitan street children in the 1970s? 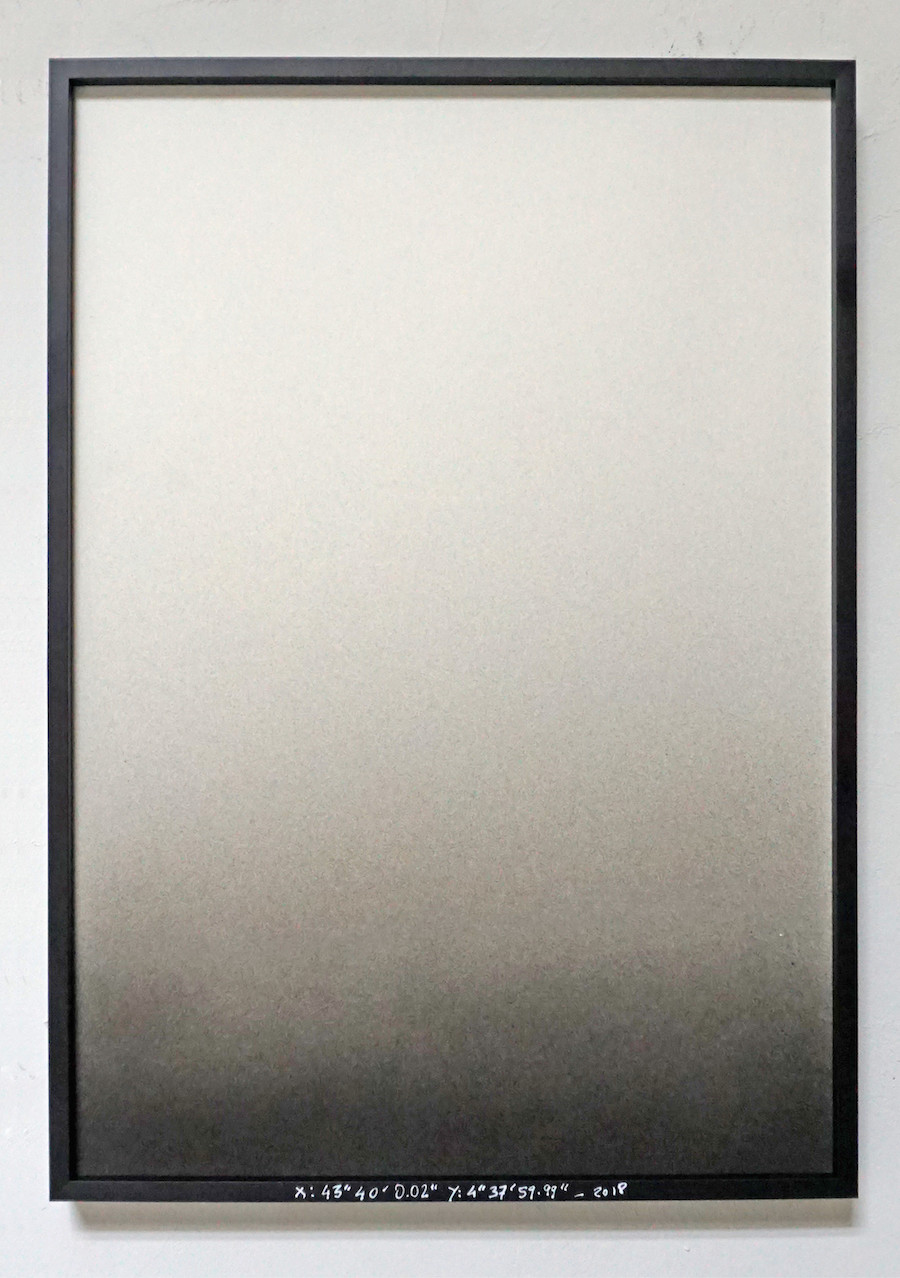 The exhibition is informed, and in a way governed, by a series of “invisible communities” sampled or made using “real facts”, more or less inner and intimist, which we happen to reveal and make visible, and tangible, even if they may have or may encompass a certain abstraction. Mémoire de feux [Fire Memories], for example, consists in a series of paintings whose colour is respectively conceived based on the soot “harvested” from the site of a fire by a specialized cleaning company. The accident, and the relative trauma implicitly associated with it, thus produce a colour and an abstract image, smudged like a sky filled with ash.

In a way, we find this principle of shading and contrast with Time Zone, the exhibition’s quite literally central piece, made of black and white sand which, as it is trampled on, becomes gradually mixed, until it creates a grey matter, as if by contamination.

In fact that sand box, which you access via a long corridor, works like a roundabout, a hub which serves the exhibition’s five areas, at the same time as it acts as a register, a witness to the passage of time and visitors alike, thus revealed. What is involved here is a re-enactment, both tangibly and on reverse, of the principle at work in a 2010 video of the same name, in which you can see a man walking in grey sand who, as he walks, forms two semi-circles, one white, the other black, echoing the illustration proposed by Robert Smithson of the phenomenon of entropy. Through its principle, Time Zone here borrows (or predicts) the exhibition’s general organization, conceived within a very organic, porous and volatile logic, with each room being in a way contaminated, pollinated by the next, and the whole thing looking like a large garden that is allowed to develop, and grow beyond itself. 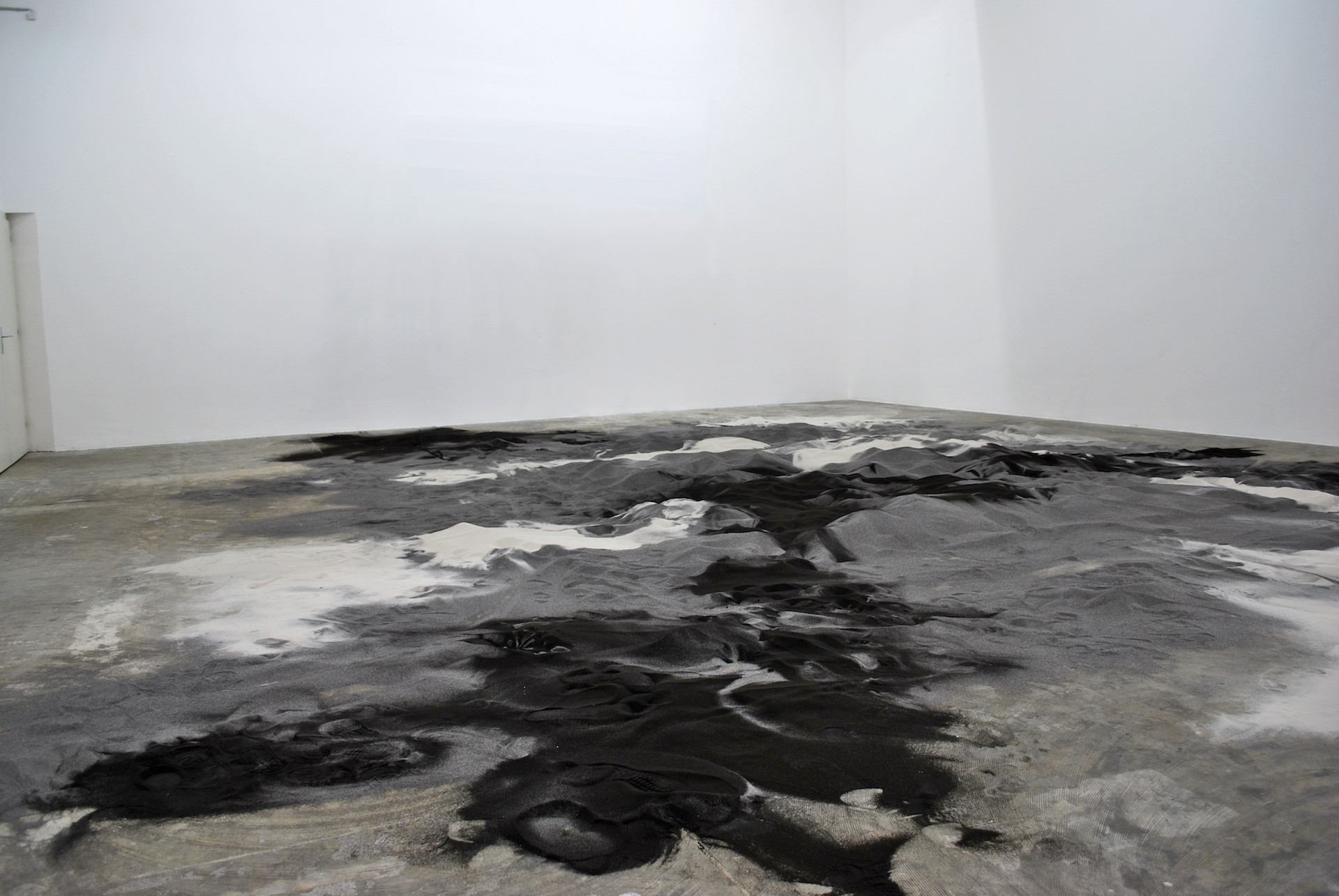 The notions of contamination, transmission and circulation, resurgence and even resurrection, which are generally recurrent in your work, are especially present in the exhibition by way of one of these “invisible communities” incarnated by a gigantic virus of Siberian origin.

This virus is in a state of suspension in an aquarium at the bottom of which lies a meteorite which also comes from Siberia, and echoes the impressive impacts produced by the release of large amounts of methane contained in the permafrost, due to global warming. An “image” which evokes the collision of two times, and two movements (one rising, the other falling) with two areas (one terrestrial, the other celestial). This linkage between sky and earth is especially perceptible in the installation on view at Le Panorama, which revisits Kilda (2008), an intermediate and hybrid architecture-sculpture, providing a habitat for birds, here inviting visitors, by way of its seating, to settle and visually survey the landscape.

Whether it comes from hither or thither (be it in space or in time), there’s a form of obsession which also haunts your œuvre and in turn informs this exhibition, which we might describe as at once floating and enveloping. In it, in particular, we find the spirit of Sarah Winchester (1839-1922) and her incredible “endless house” at San Jose in California, a huge manor functioning like a sort of ghost trap (the ghosts of people killed by shots from Winchester rifles), which she went on relentlessly building for almost 40 years.

Yes, all the proposals implicitly contain “ghost” stories, traces of life which have been or still are at work. The construction of the exhibition based on a central space (the sand box), whose beginning (or entrance, which starts from the outside) might just as well be an end because of its half-(de-)constructed look, like a ‘work in progress’, echoes that house built for a literally invisible community formed by those spirits from which William Wirt Winchester’s widow wanted to escape once and for all. What’s more, a new—not to say phantom—version of an earlier piece, With Sarah (2009), is being presented at La Friche. This architecture-sculpture, like a reticular construction occasioned by a system of synaptic connections, is here dismembered: it is divided into 40 fragments which, fastened to small, almost invisible motors, revolve on themselves, metaphorically evoking spiritualist tables, which were particularly fashionable at that time. In some places where the piece is cut there are Winchester cartridges, as if each piece were sending an invisible trajectory into space, in an almost spider-like perspective. 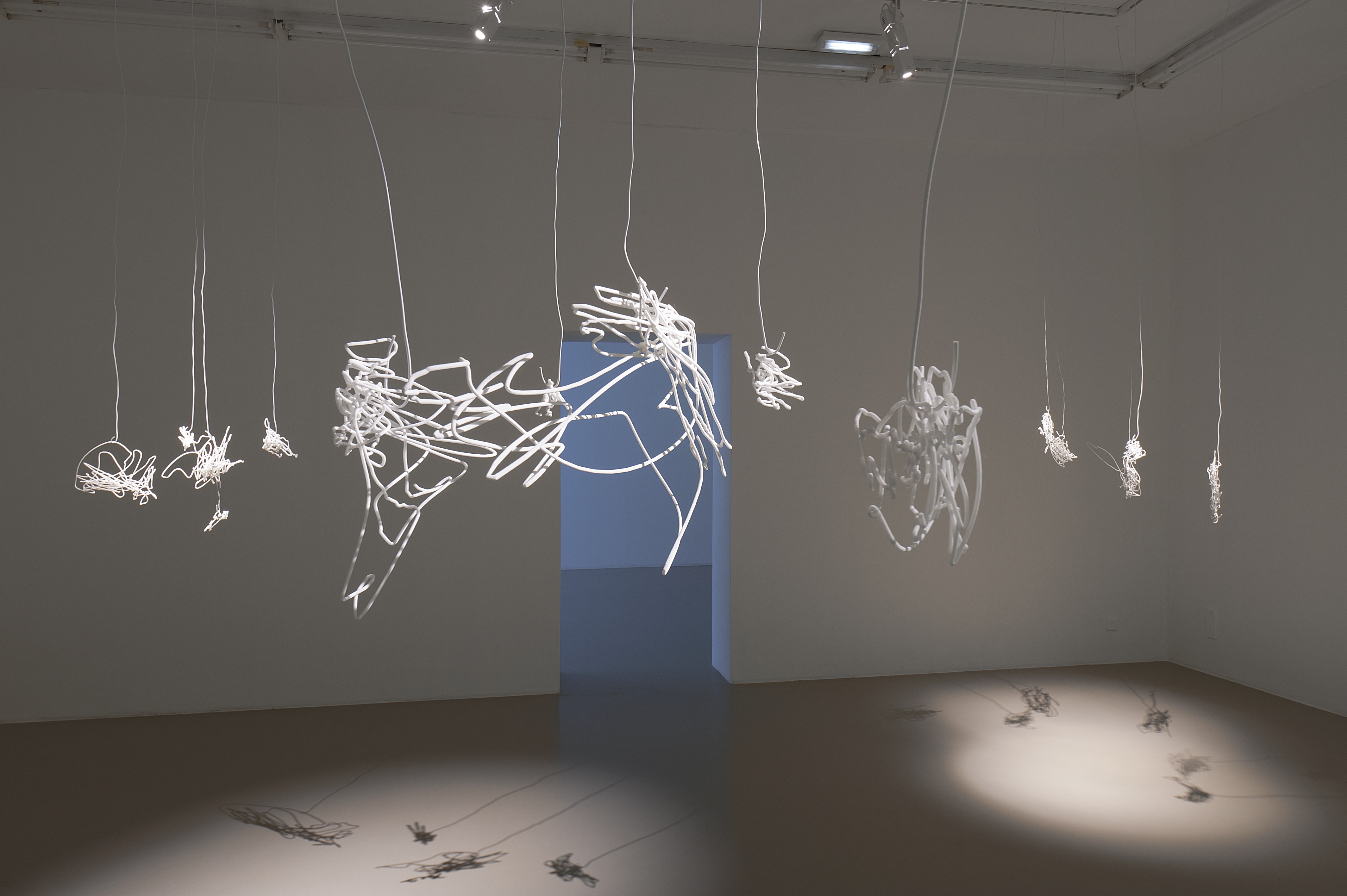 Doesn’t the Sculpturecare community also, in its own way, conjure up this ghostlike character through the absent forms for which they were originally conceived?

Yes, the Sculpturecare works are enlargements of polystyrene packages whose function is to protect and take care of objects. They are counter-forms which exist here as such, independently of the objects they are meant to accompany, and which, by their enlarged scale, are akin to unresolved constructions, somewhere between fragments of architecture and items of furniture. The room where they are to be found is awash in a green light that creates a climate where the sense of reality is lost, at the same time as, in its turn, it is caring, through its soothing virtues.

I get the feeling that, in a general way, your works are like go-betweens, making a link between two worlds, two states, two times, etc.

In Vinciane Despret’s book Au Bonheur des morts. Récits de ceux qui restent, she tells a beautiful tale which is set in the village of Mansfield in 1829. While she has completely forgotten to place in a friend’s grave letters written by her son at this latter’s request, a woman asks the widow of the village postman, who passed away a few months later, to slip those letters into his grave, thus projecting the act of transmission into the hereafter. This seems to us to be a very good idea about what a work of art is or should be, and we try, each time, to find ways to pursue the dialogue, in other places, with other interlocutors, other narratives, playing with the rational, the living and the visible, leaving wide open the possibility of doubt, and the spaces and vanishing lines which it makes it possible to invent and use. 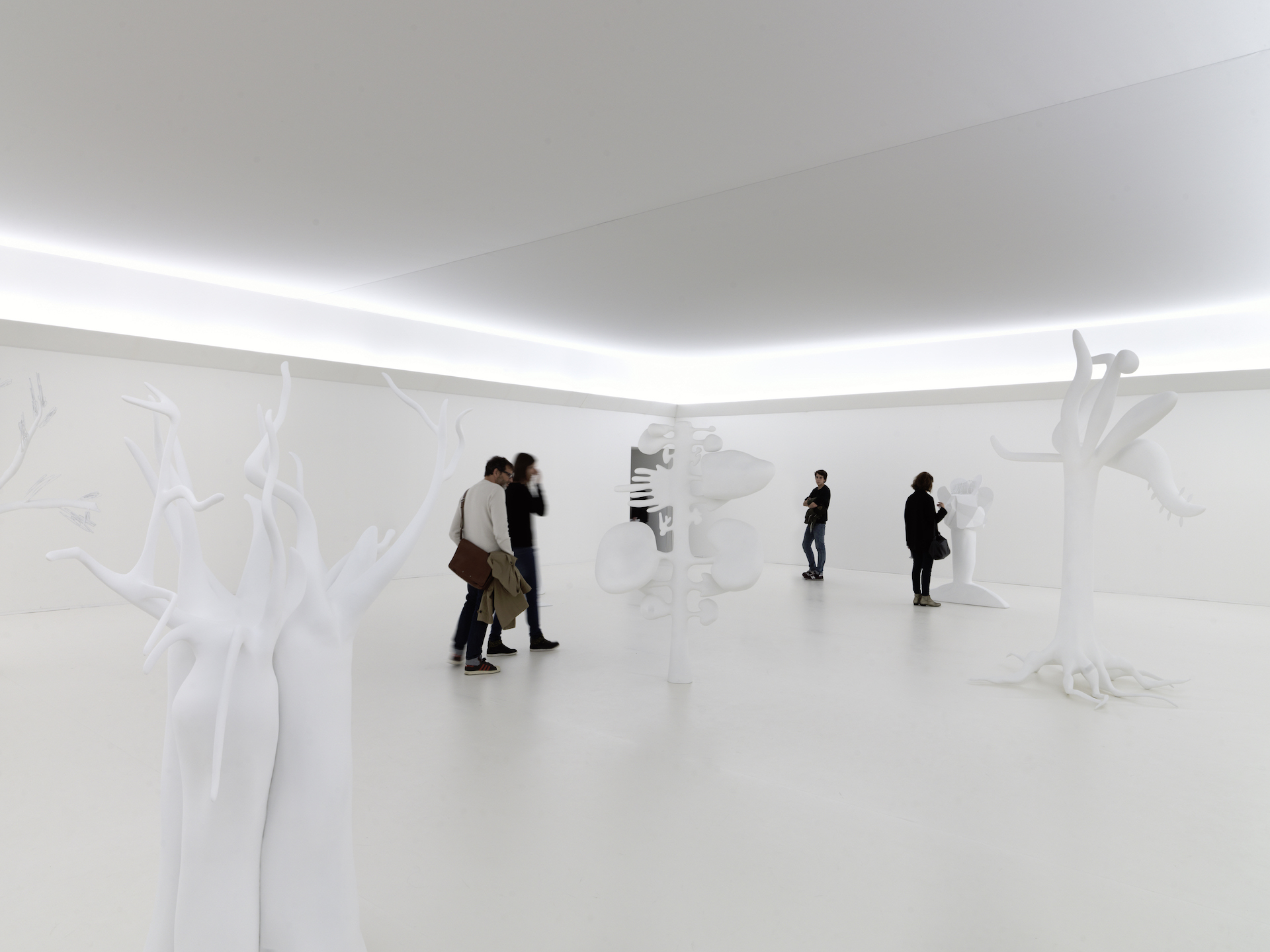