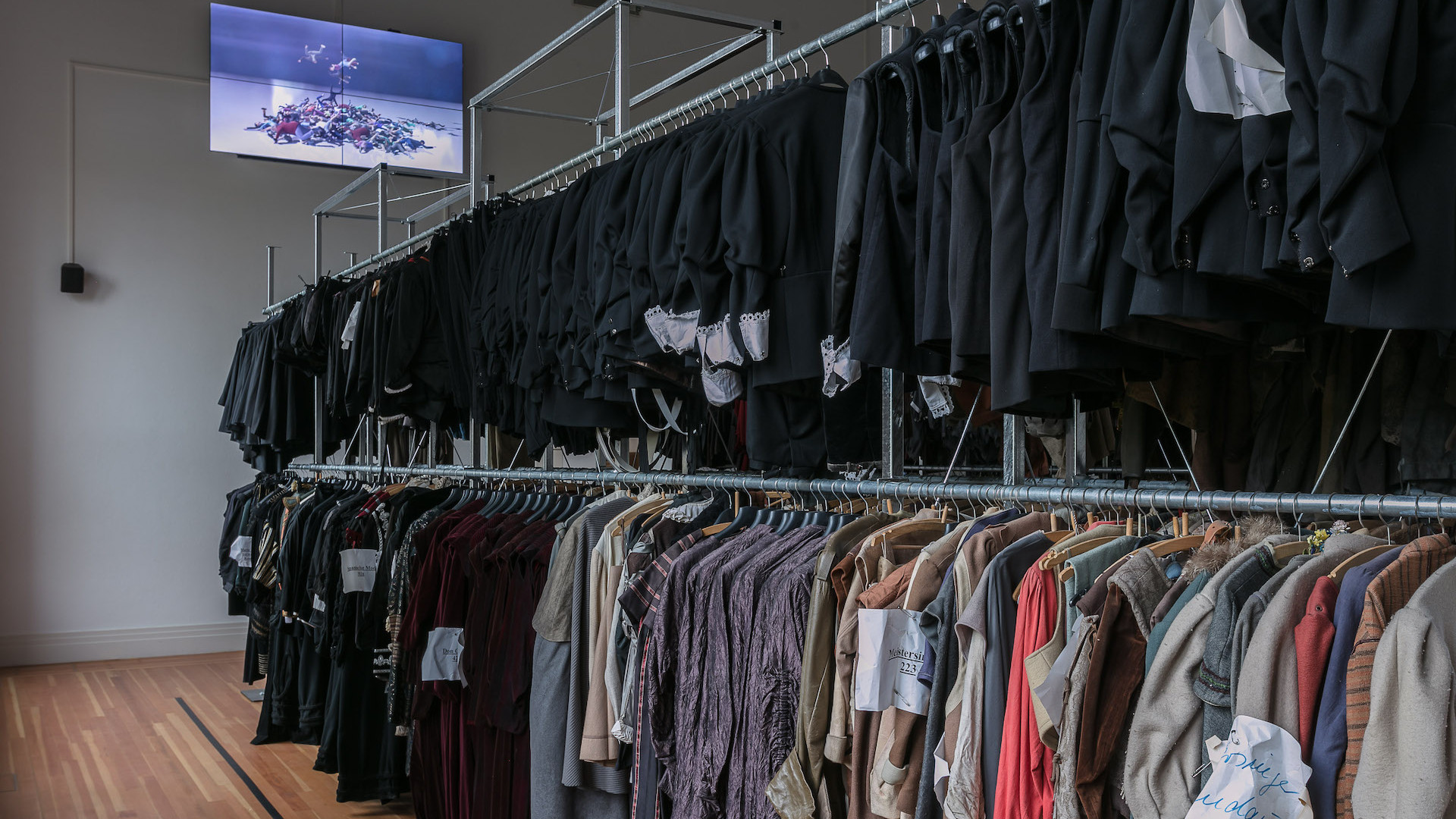 Ed Atkins’s videos have always been steeped in a morbid languor, and his latest show to date in Berlin keeps to this rule. It is even more slowed down, stretched in every direction right to that convergent, asymptotic point where the human tips over into the monstrous. And yet “Old Food”, the name of his masterly proposition at the Martin Gropius Bau, offers the key to understanding his work: Ed Atkins is, above all else, an hysteric. When one says as much, oxymoron leaps out at us. Sparing ourselves formulaic effects, this time around, we should further point out that Ed Atkins is an hysteric because he is a direct heir to the Anglo-Saxon tradition of “hysterical realism”, which he transposes to the visual arts while at the same time updating it within the new media sphere. The term “hysterical realism” first appeared in an essay penned by the literary critic James Wood, titled “The Smallness of the ‘Big’ Novel: Human, All Too Inhuman”, published in July 2000 in The New Republic. Talking about Zadie Smith’s novel White Teeth, and in a general way about a family of authors often lined up in the great postmodern carryall—Don De Lillo, Thomas Pynchon, David Foster Wallace and Tom Wolfe—, the author writes: “The conventions of realism are not being abolished but, on the contrary, exhausted and overworked” by the novelist. Length and digression, and fussy, over-the-top prose thus hallmark this new incarnation of realism. 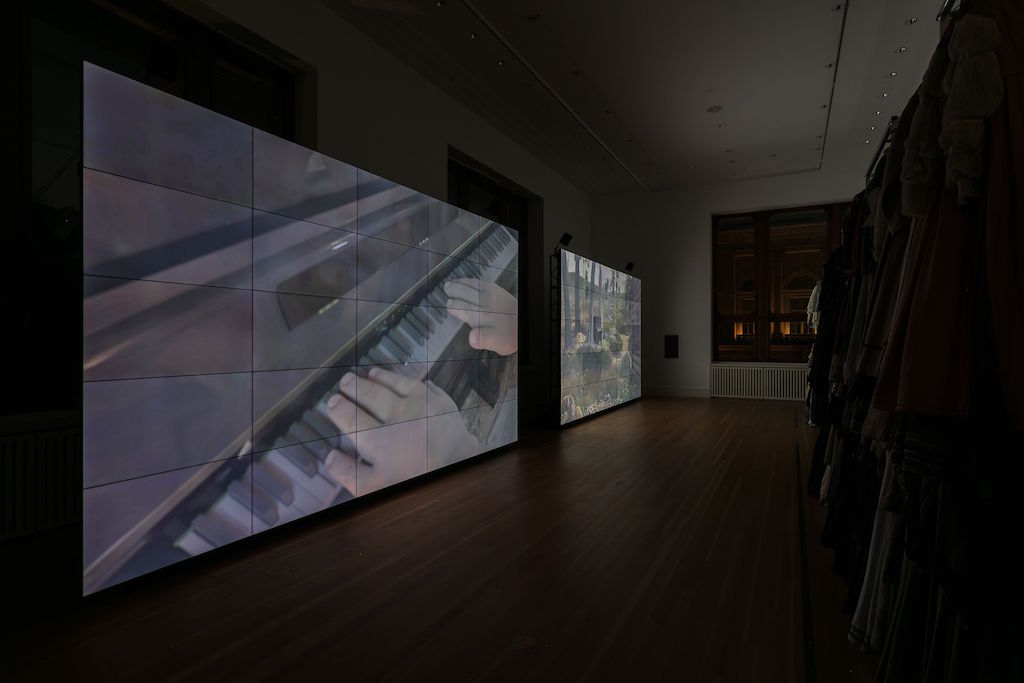 In his early pieces, the interesting thing about the work of Ed Atkins—who was born in England in 1982 and has recently moved to Berlin—invariably resided in his re-definition of the realist tradition, hitherto essentially focused on the subject of the digital age: “The CGI [computer-generated imagery] in my work, for example, is at least in part a conjuring method, a magic to manifest the intangible”, the artist wrote in 2016 with regard to his video triptych Safe Conduct, which was screened at the Rennes Biennale. As in Bastards, which was shown in 2014 at the Palais de Tokyo, an avatar developed in a world where obsessions with security added to his post-Kierkegaardian inner turmoil, fuelled by various forms of chemical and affective addiction. The artist gave this avatar shape by modelling his own face on a 3D mannequin and also providing it with his own voice—“It was a means of performing within the work without sacrificing structural level discourse at the feet of character, empathy – those tools of conventional naturalistic acting”.

The artist declared at the time that he was already imagining works that would get rid of this avatar, who was nevertheless an at once figurative and conceptual lynchpin of his œuvre. “Old Food” is the end product of this, and, as it were, unfurls the avatar figure in space and time. Already because, for the first time, a scenographic desire is assumed, one that already coyly saw the light of day through the strategy of simultaneously presenting several versions of the same video with a multiple-screen system, and through the work done on the notices, which are nothing less than pages of notebooks which include both poems and micro-jottings. So, in Berlin, Ed Atkins not only introduces around new video works his usual interplay with notices and labels, but also compartmentalizes the rooms by installing in them long rows of costumes borrowed from the Deutsche Oper archives. As in Joseph Beuys’s environment called Plight (1985) on view at the Centre Pompidou, venturing into these rooms is like feeling and sensing the smell and warmth of the clothes. In natural lighting, which is to say in a perpetual semi-twilight during these winter months, immersion and absorption within the entrails of the museum-organism are total. Emotional manipulation is also total. Whether the visitor so wishes or not, he finds himself referred back to a primary stage of quasi-fœtal fusion with the video material presented. 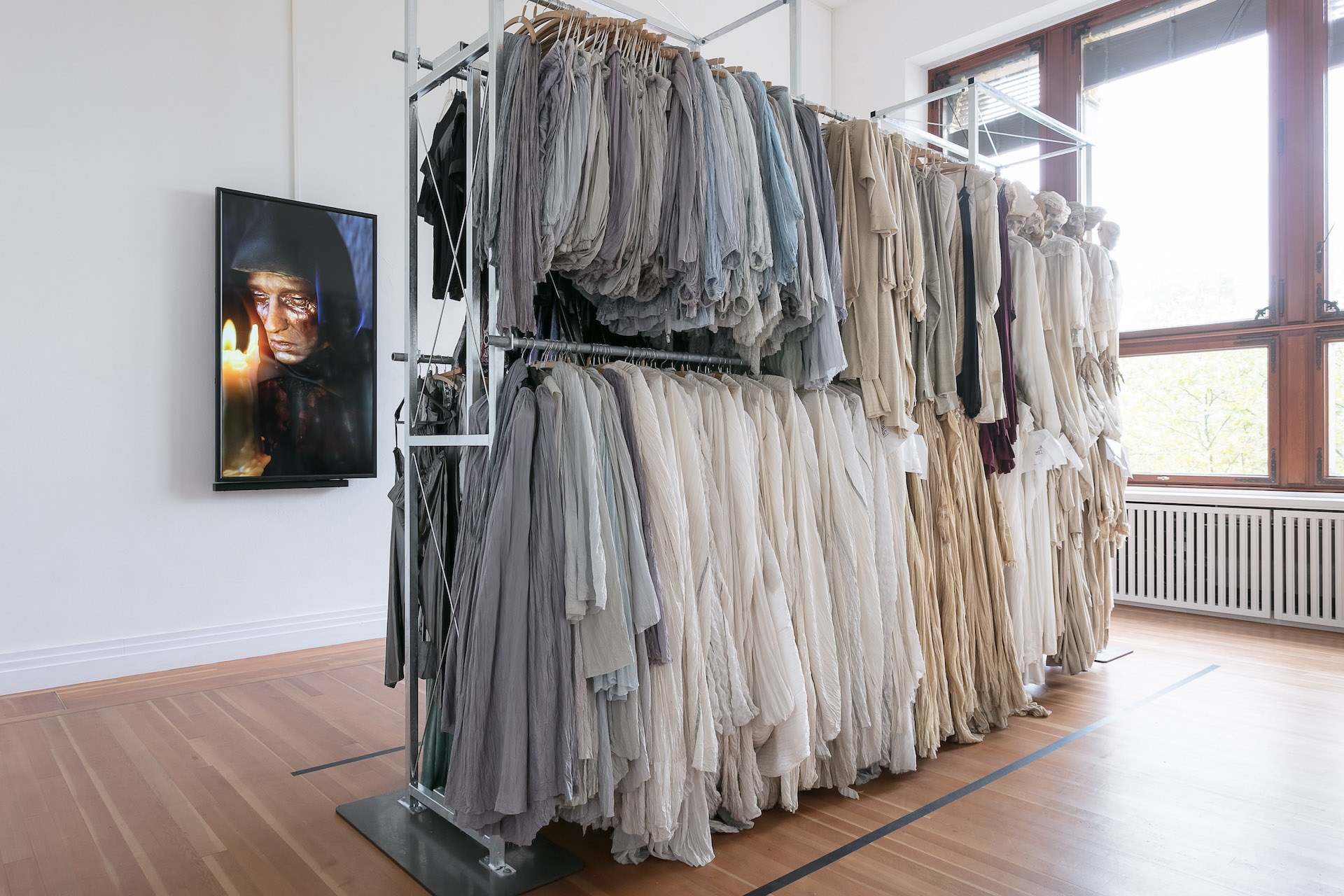 From the avatar usually presented with the features of that default age which we call adulthood, we here shift to the infant and the old man. At times exaggeratedly smooth and wrinkled, these ectoplasmic forms groan and belch, moving about in a décor that is at times spring-like, at others snowy. The tone is mediaeval, muddied, blurred, putrid, sick and at the same time strangely sensual. It is only by removing the affective crutch of the avatar that just the raw material quality remains. This is indeed the clue provided by the presence of the opera costumes, a literal illustration of the immersive illusion of the character now folded up and stored away in the wings. From the emotion which comes about from the recognition of another self, the affects are transferred to the cyberspace experience, like it also imbued with the same duality as is a virtual puppet: an indissoluble presence-absence, warding off extreme naturalness with the resources of the artificial. The show’s title, “Old Food”, refers to that old food which neither rots nor ever alters in cyberspace. Like a response to Physical Impossibility of Death in the mind of Someone Living, the brilliant title of Damien Hirst’s famous pickled shark, Ed Atkins shows the degree to which the virtual makes it possible to make the finiteness of all things, human and otherwise, present. So his realism is hysterical because of the non-narrative emotionality which he manages to put across in inserts of show video tableaus—so many textures using digressions to construct a reality that is more real than nature.