A Republic of Art 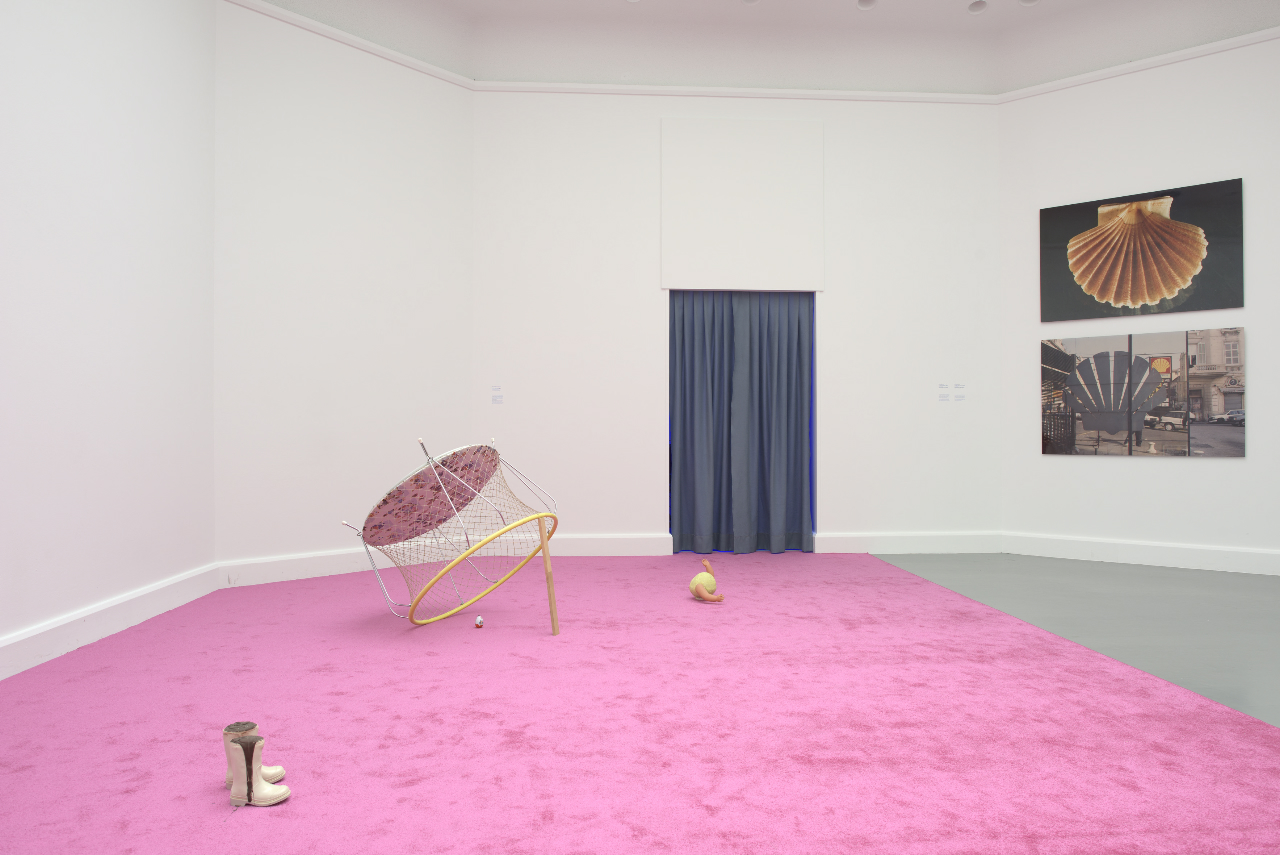 “A Republic of Art”, organised by the Dutch Van Abbemuseum, shows a selection of over one hundred art works from the twenty-three FRACs. The FRAC collection has been regularly on display throughout Europe and in the United States. For the first time it’s being welcomed in the Netherlands where the FRAC system is relatively unknown. In a country that suffers from severe budget cuts in culture (since 2011), an exhibition like this becomes almost political. It demonstrates to The Hague that the French do care about contemporary art and that they’re willing to pay for it. The FRAC network can be compared to the Dutch CBK system (Centrum voor Beeldende Kunst) which saw the light of day in the early eighties, like the FRACs. Now, three decades later, a handful of CBKs still exist. Under pressure of the financial crisis and the neoliberal philosophy, the idea of a dense network of contemporary art institutes throughout the country has been abandoned.

Given the Van Abbemuseum’s interest in contextualising their own collection, experimenting with presentation models and reaching out in various ways to the audience, an exhibition around the FRAC collection seems a logical step. Not an easy task for museum curators Diana Franssen and Annie Fletcher to make a selection out of 26.000 artworks. In comparison, the Van Abbemuseum owns 3.000 artworks. Many itineraries through this vast collection are possible, which path to take? The Van Abbemuseum has chosen to put art history in context, in other words, to present art from the 1980s to our current times.

Having arrived in the nineties, the threesome Dominique Gonzalez-Foerster, Pierre Huyghe and Philippe Parreno are prominently presented and related to ‘relational aesthetics’. However, as a result of a lack of explanation, not even Nicolas Bourriaud is mentioned, and because of a feeble choice of their art works the term remains an empty notion. Some artists are worshipped in their own country but hardly known abroad, as is the case with Raymond Hains. His work is well collected by various FRACs and a wide range is on display in the exhibition. Through an early work by Carsten Höller, we realise how many FRACs own quite a few early pieces of now famous artists. As the prices of their more recent work have gone through the roof, often the FRACs won’t be able to purchase their work anymore. Höller’s witty ad hoc installation is far removed from the artist’s current smooth and often glamorous aesthetics. A chocolate egg is positioned under an upside down baby crib: the trap for children is set. 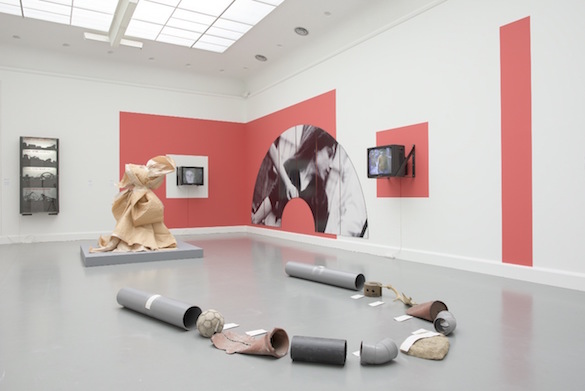 The third part of the exhibition, our current times, shows that the art world has opened up to artists from various parts of the world as well as that artists focus on the possibilities and difficulties that globalism offers. A cityscape of Manhattan at the moment of the terrorist attacks on 9-11 is constructed out of books analyzing the event. Two Korans represent the slender twin towers. This piece by Mounir Fatmi has regained momentum due to the recent events in Paris. French collective Claire Fontaine have deconstructed the French flag, Latifa Echakhch reflects on the French immigration system and Harun Farocki compares film footage from eleven decades of workers leaving the factory.

Although it’s well done, in the end the exhibition is merely a regular collection presentation with French touches. Due to the lack of context the exhibition doesn’t come to life. The French perspective is underexposed. It would have been interesting for the Dutch audience to read not only about the artwork but also about the position of the artist. Highlight for example the influence of Daniel Buren on French painting. Inform us that Thomas Hirschhorn, Huang Yong Ping, Yan Pei-Ming, Chen Zhen, Sarkis, Latifa Echakhch and Mounir Fatmi live(d) in France and are part of the French contemporary art scene. Underline the relation of certain foreign artists with France. Belgium artist Michel François for instance has been teaching at the ENSBA in Paris since 2009. Tell us about the achievements of the younger French artists in the exhibition like Lili Reynaud Dewar, Claire Fontaine and Latifa Echckach. The latter won the Prix Marcel Duchamp 2013. More information about the French contemporary art scene leads to a better understanding of the FRAC collection.

Where is the republic in ‘A Republic of Art’? Unfortunately the question with which the press text opens, ‘can a French identity be deducted from the FRAC collection’, doesn’t play a role in the actual exhibition. A pity, it would have given the exhibition more edge. ‘A Republic of Art’ has many similarities with the section ‘1980 – now’ of the current collection presentation of the Van Abbemuseum. This presentation has the same point of departure: the diminished impact of modernism has given way to many different worldviews and truths that artists from all over of the world explore. In comparison it seems that the FRAC collection is more focused on Europe and North America whereas the Van Abbe collection includes quite a few artists from Asia and Eastern Europe. The similarity between the two exhibitions also shows that the FRAC collection can easily compete with a museum collection.

It’s tempting to judge the FRAC collection by way of this exhibition. Which is unfair because it only presents a selection. That said, it struck me that the FRAC collection is quite distinctive in comparison with the French collections of powerful ‘fondations’ and private collectors. The FRACs still dare to collect fragile, unpolished and ‘unfinished’ work and from relatively unknown artists too. Now that private collectors and enterprises are more and more defining the art canon and taste and now that their influence on the programme of public museums is being heightened, the FRACs serve as an important counterbalance to that development. That alone justifies the existence of the FRACs. The FRACs await an unstable future as the number of French regions will be drastically reduced. Hopefully the French won’t take the same decision as the Dutch.