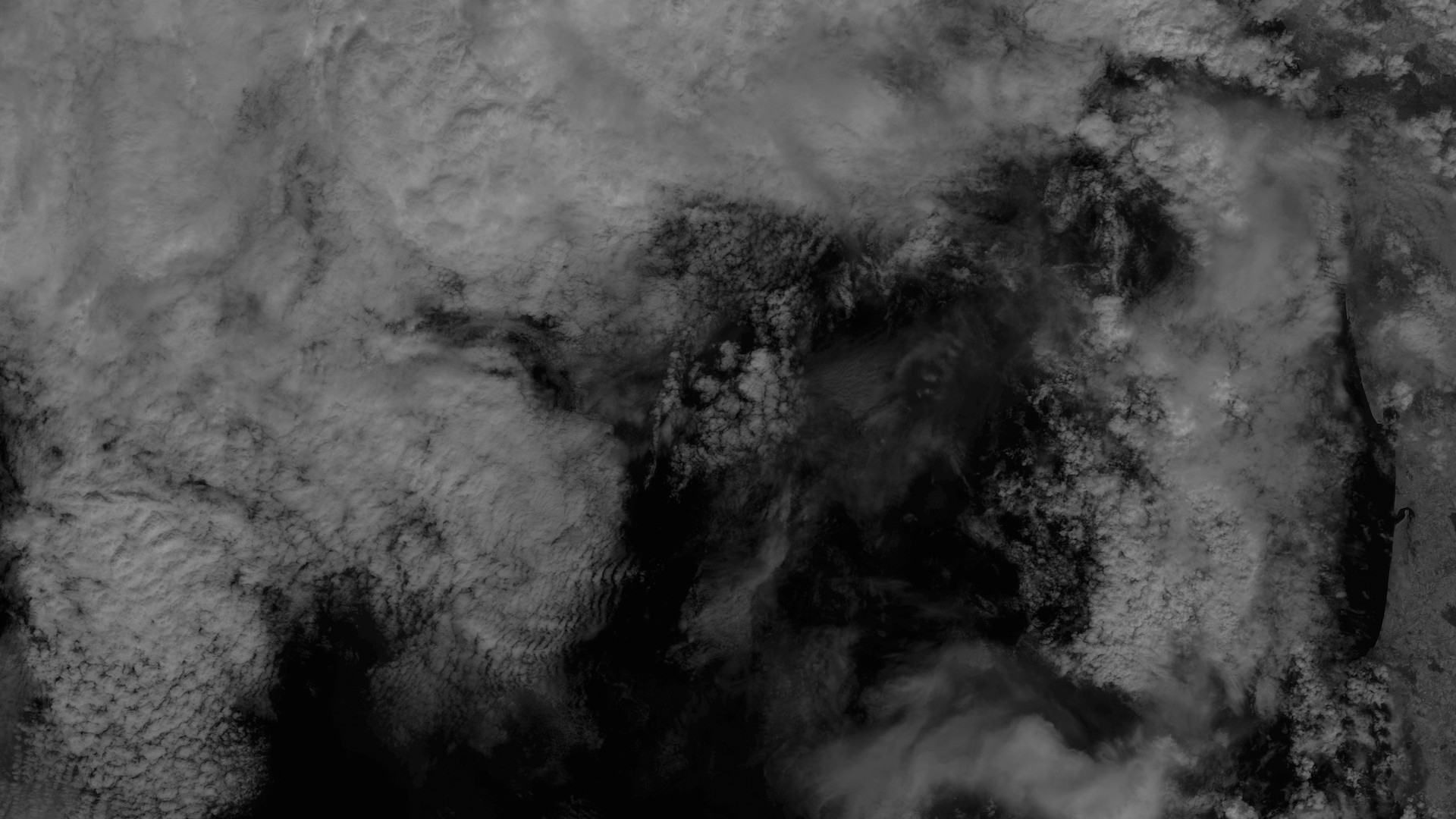 Luxembourg, Liechtenstein, Switzerland, Delaware, Jersey, The City, the Cayman Islands: have you ever wondered what the landscapes of a tax haven might look like? When a state accommodates more holding companies than inhabitants, when just one of its buildings houses the mailboxes of 300,000 companies, including Google, Apple, Coca-Cola and some 378 firms belonging to Donald Trump, what is the resulting atmosphere? What is the reality behind the addresses mentioned in the Panama Papers? It is with this kind of question in mind that the Paris-based collective RYBN embarked on a series of documentary trips to certain countries which have made tax evasion the basis of their economy. In tandem with this on-the-spot exploration, another more remote form makes it possible to observe this nebula with perhaps a keener eye. It is this tentacular research, in the depths of the world economy, that we shall be discussing together.

You are presenting your new project, The Great Offshore, as “a journey delving into the depths of the hidden economy”. In a general way, your interest is still focused on the rather obscure, disguised and even ghostlike dimensions of both neo-liberalism and the technologies that have developed in parallel with it, which you broach from angles as diverse as mimesis (as with ADM8, your trading algorithm) and auto-reflection (Eléments de langage, Data Ghost and Golem).What has prompted you more precisely to examine the reality of these movements of financial flows?

The Great Offshore is actually a continuation of our earlier works. It passes through the same issues of economics and governance, algorithms and the irrational. It also shares the same methods and goals: using analyses of algorithmic black boxes, of the secret and occult practices of finance, and interplays of assemblage, sign aggregation and semiotic decoding, our projects are aimed at exposing the underlying logical systems which structure and link the economic, computation and esoteric fields, and at revealing the spirits and “ghosts” which haunt them.

The Great Offshore deals more specifically with tax havens and offshore finance, phenomena which, though given plenty of media coverage in the form of sensational scandals, are based on secrecy. People incidentally talk of shadow finance and ghost finance. Paradoxically, this black box is all the more impenetrable because it creates an extraordinary amount of factual data, thanks to the techniques of creative accounting, obfuscation, and darkening in order to maintain the opaqueness required for it to work properly; scattered traces of which reach us in an episodic way, by way of document leaks, appendices of legal procedures, declassified archives, and the like.

The Great Offshore is thus set up like an investigation, undertaken blind in the thick legal and accounting fog of offshore finance, an investigation based on significant documentary research culminating in the collection of eclectic documents (patents, tax forms, listings, articles, scientific papers, legal texts, notes and confidential documents, etc.), in which we seek out, in paranoid mode, all the clues, signs, repercussions and relations making it possible to reveal and shed light on the structural and fundamental nature of tax evasion practices.

And it is also from the fog itself, from that conditional and constitutive opaqueness, that we try to extricate signs: empty signs, closed signs, negative signs (like the legal inscription of banking secrecy in Switzerland, with anonymous testimony coming from former operators, the right to silence invoked by banks and multinationals to avoid answering investigating commissions, etc.), but also full, positive signs (like those coming from storytelling and marketing developed by the banking and fiscal industry about their activities, and from this active jamming).

Current systems of representation (maps, photos, digital data, narratives…) fail to fully describe this phenomenon which seems to elude any possibility of and attempt at representation. This is why the investigation is also being conducted in tangible ways in the field, with sophisticated capture prototypes but without any asserted hypothesis, gropingly, by gleaning and drifting, and by incongruous networking. 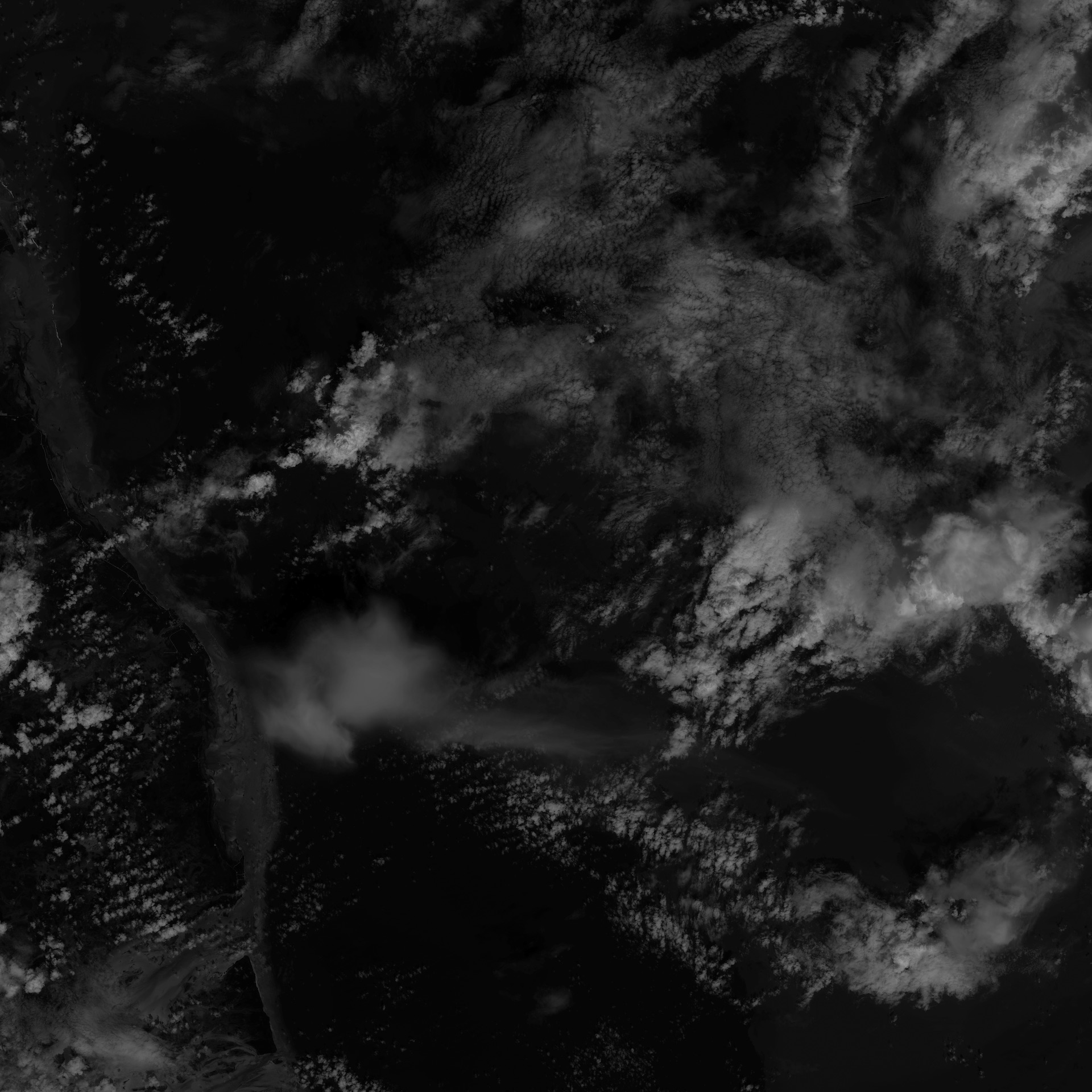 Lastly, if opaqueness gives rise to the stuff of the investigation, it illustrates above all the structural nature of offshore finance, lax legislation, tax havens, and fiscal optimization, regarded as the central and driving bedrock of the neo-liberal economy and finance: it is a matter of deconstructing the mechanisms which closely encompass economic mythology, technical progress and tax evasion, and re-writing their far-reaching historicity. For despite the small amount of public data available in view of the scale of the phenomenon, tax evasion is a good example of the failings of liberal theses and the limits of market governance, and makes it possible to come up with a rational criticism of it, precisely where econometrics and data mining are still struggling to quantify and understand the phenomenon. In these blind spots, in this fog, in this opaqueness is buried the proof of the bankruptcy of a system.

You talk about “economic mythology”. What exactly do you mean by this?

Even if economic theory is fond of bedecking itself in the attire of scientific rigour, prestigious Nobel prizes and complex mathematical models, it is above all a narrative used to legitimize a system of governance. This narrative puts up poor resistance when confronted by reality, whether this involves current ecological or geopolitical challenges, and seems to have more to do with the ritualist tradition, belief in fetishes and a totemic cult than with rational thought. So it is no coincidence if this fiction is constructed around an extraordinary and monstrous bestiary, a pantheon of fantastic figures like the Leviathan, the Invisible Hand, animal spirits and others, less exotic but no less fanciful, like trickle down economics, free and undistorted competition, and the Market. This observation has also informed radical economic criticism for some years now, which, by likening the economy to a system of beliefs, and by trying to identify what stems from witchcraft and black magic,1 managed to free itself from the grip of logic and the economic terms which immediately thwart any critical approach. As far as tax havens are concerned, they tap a baroque folklore in the collective imagination, drawing as much from the romanticism of piracy, colonial nostalgia and the exotic nature of islands as from libertarian utopias. Storytelling begins in the name and fashions a whole infrastructure of financial montages. However, far from being made up of small rogue island states, the global scale of this industry is underwritten by the economically most powerful states, the United Kingdom and the City of London, the United States, Europe and Switzerland. This imagination makes it possible to legitimize and explain this subterranean economy, and hide its effects. It is in this systematic ousting of reality that the economic narrative is revealed as a myth. 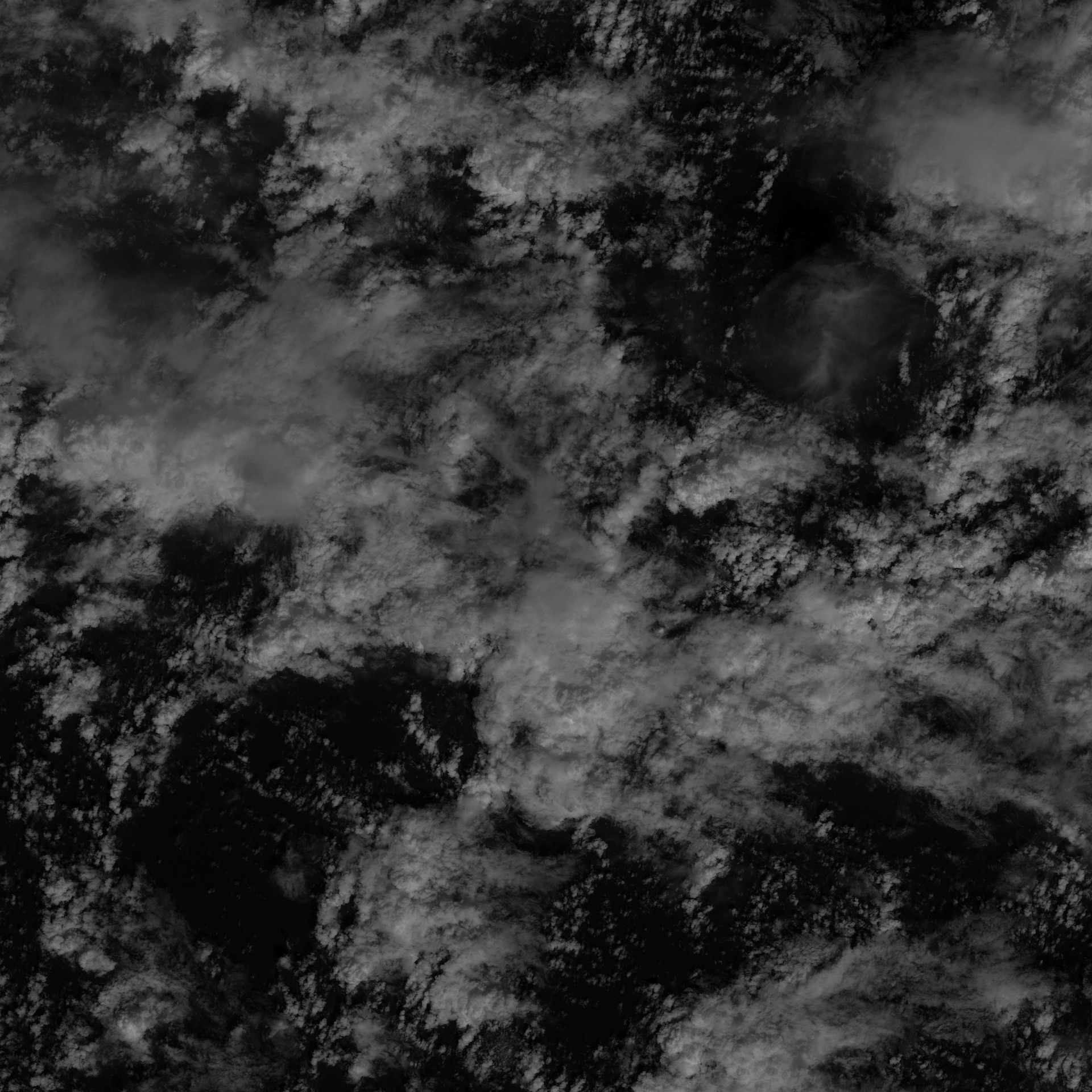 In concrete terms, over and above the relatively documentary look which certain parts of this project will assume during its presentation, how will your more direct input be conveyed? You were talking about a certain failure of representation…

We broached The Great Offshore as nothing less than an experimental laboratory of investigative procedures. The exhibition tries to describe the specific methodology we’ve developed, which operates by means of speculative, obsessive associations. The documentary part, which is predominant in the show, presents a selection of pieces (archives from different national banks transposed onto microfilms, reports, photographs, data sets, etc.) which are organized and arranged in the form of a ‘murderboard’ which develops throughout the exhibition space. This form is well-suited to bringing out patterns, by establishing a network of significant links between disparate elements. Through this nebula of interconnected signs, there thus emerge the first structural diagrams peculiar to the tax evasion industry. 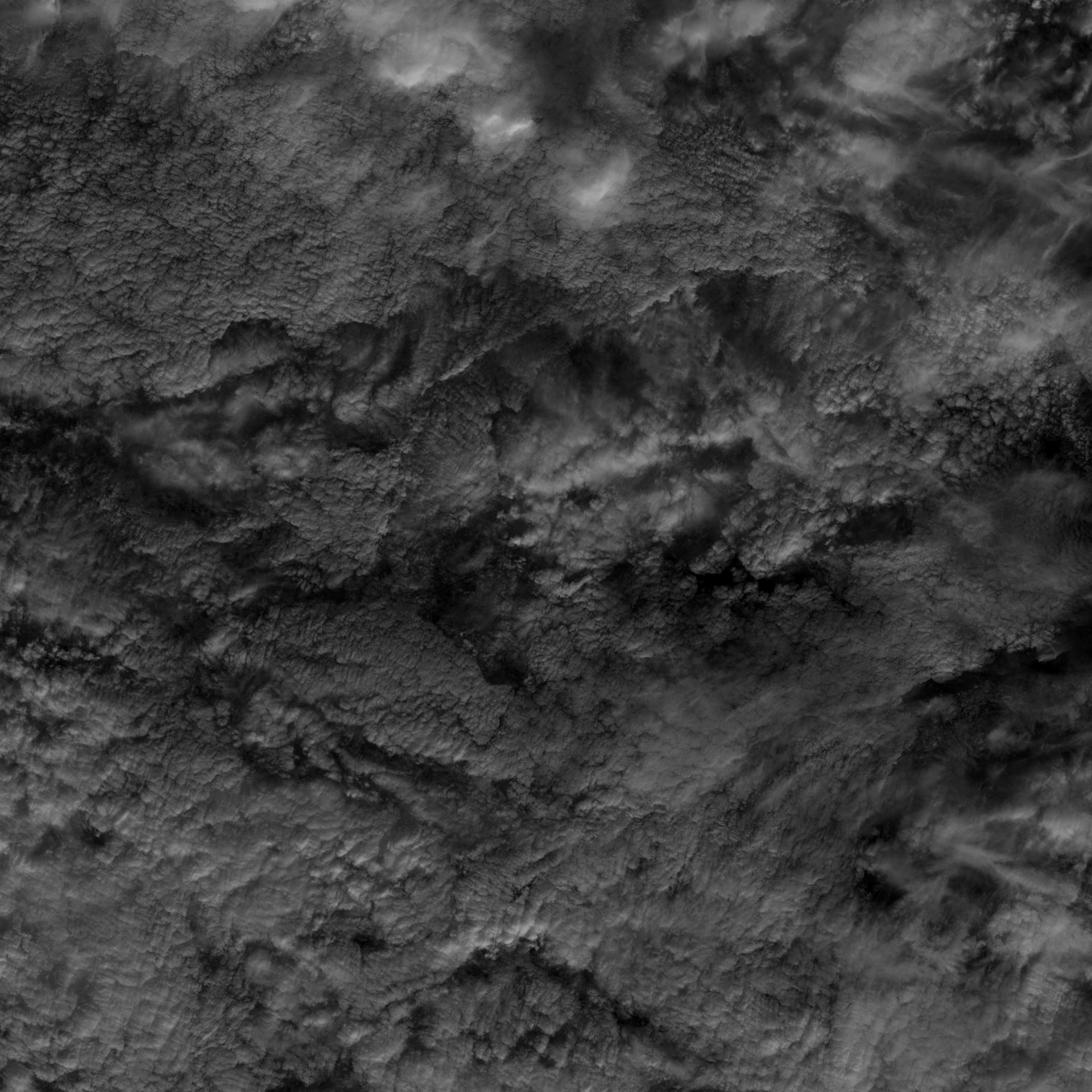 Alongside this grid of signs, the exhibition also presents the instruments that we have conceived to get through this fog: signal capturing apparatus, gps guides for field studies and the systematic recording of itineraries, meta-montage plans… An initial prototype, a kind of psychogeographic gps of tax havens which espouses the principles of the Situationist drift, enables everyone to stroll in a city and discover the shell companies registered in it. The prototype, which is based on a database fed by the data leaks of these past few years,2 shows the walker the closest shell companies and offshore offices, permitting him to go to those phantom addresses. The second prototype is an algorithm which tries to encompass and organize tax evasion techniques in such a way as to create original optimization schemes and complex structures, and establish tracks, itineraries and trips through the banking institutions which structure the tax evasion industry (foundations, shell companies domiciled on islands, trusts, figureheads, letter boxes, etc.)

Beyond mere observation, you, too, thus create plausible and even possible offshore schemes, and thus enter the sphere of efficiency. What is your artistic relation to interfering in the world outside the art world?

Our projects are usually developed outside places devoted to art, so that they can intrude into other spaces (networks, financial markets, etc.) They are operative rather than efficient systems, in the sense that they often contradict the prerequisites of the spaces in which they evolve (profitability, for a trading algorithm), but are thoroughly functional in these spaces, for want of following their principles. For example, ADMXI’s3 esoteric trading algorithms are governed by astrological, geomantic and other principles, and are in contradiction with market logic. However, given their performances, it is likely that they may end up spreading, all the more so because their source codes are distributed on the open-source basis and available for all and sundry to use. There are also the patent requests for Philip K. Dick’s inventions which are submitted to the French National Institute for Industrial Property (INPI) with the Precognitive Institute for Industrial Property,4 in order to upset the way the institution works. If they are validated, despite their inapplicable or unrealizable nature, they will create blockages and limitations in the industrial fabric. 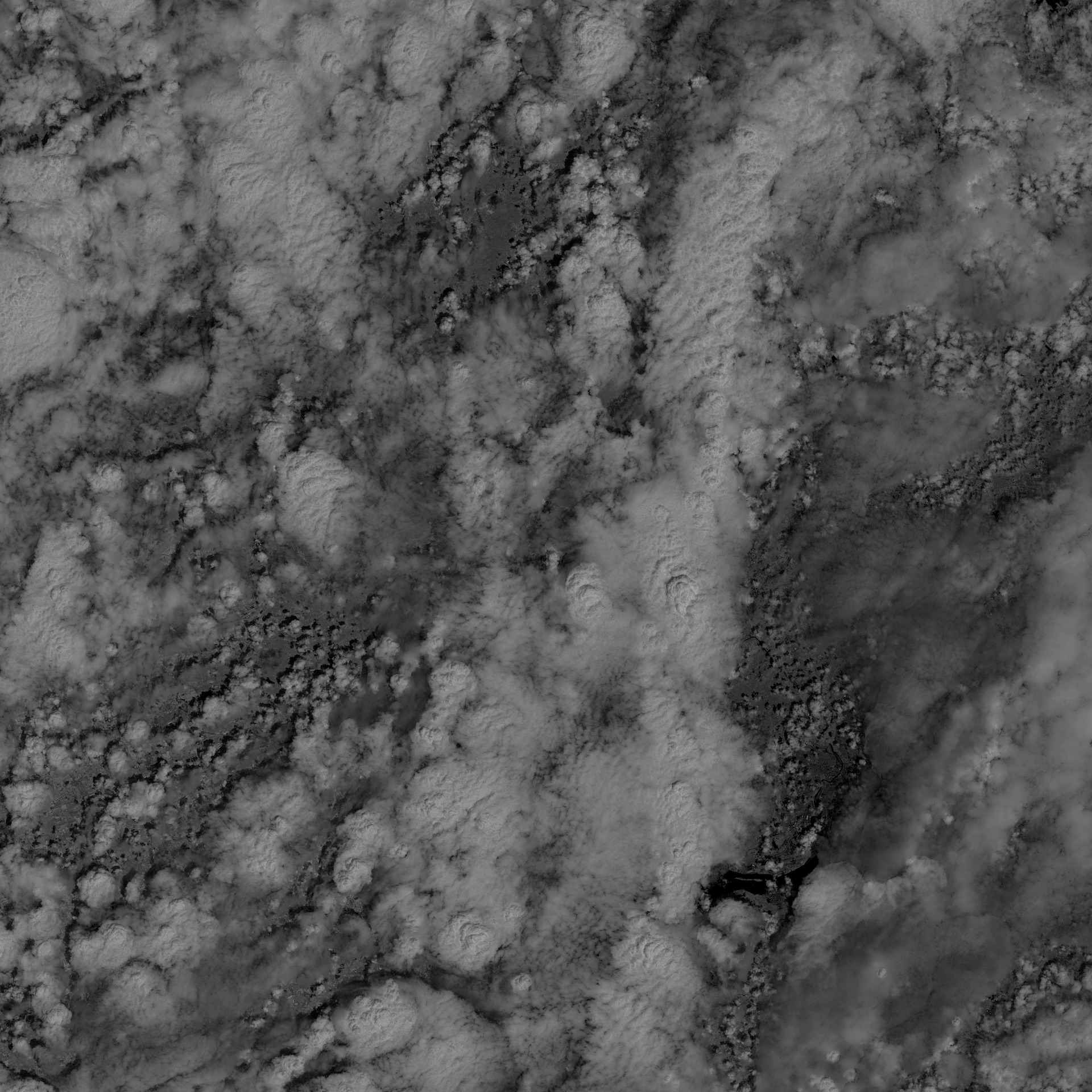 This methodology and our interest in automated systems have thus prompted us to focus on studying an algorithm which will automate and generate original tax evasion paths. The idea of this programme also finds its source in our surprise at a current practice which sees banks patenting illicit offshoring methods and schemes. This algorithm also echoes the cybernetic ideal of an automated system applied to the management of the economy, in particular the Cybsersyn programme in Chile. The algorithm of The Great Offshore methodically indexes and combines evasion techniques, producing nothing less than a patchwork of fraudulent accounting operations based on transfer pricing manipulation, the VAT merry-go-round, various transfers, Sunday Island Development, Dutch sandwich and double Irish, dismembered transmission, fictitious financing loops, smurfing, salami slicing, Bermuda black hole, Singapore Sling and the like.